Tyler Perry vs. Spike Lee: Let's bring the Jews into this! 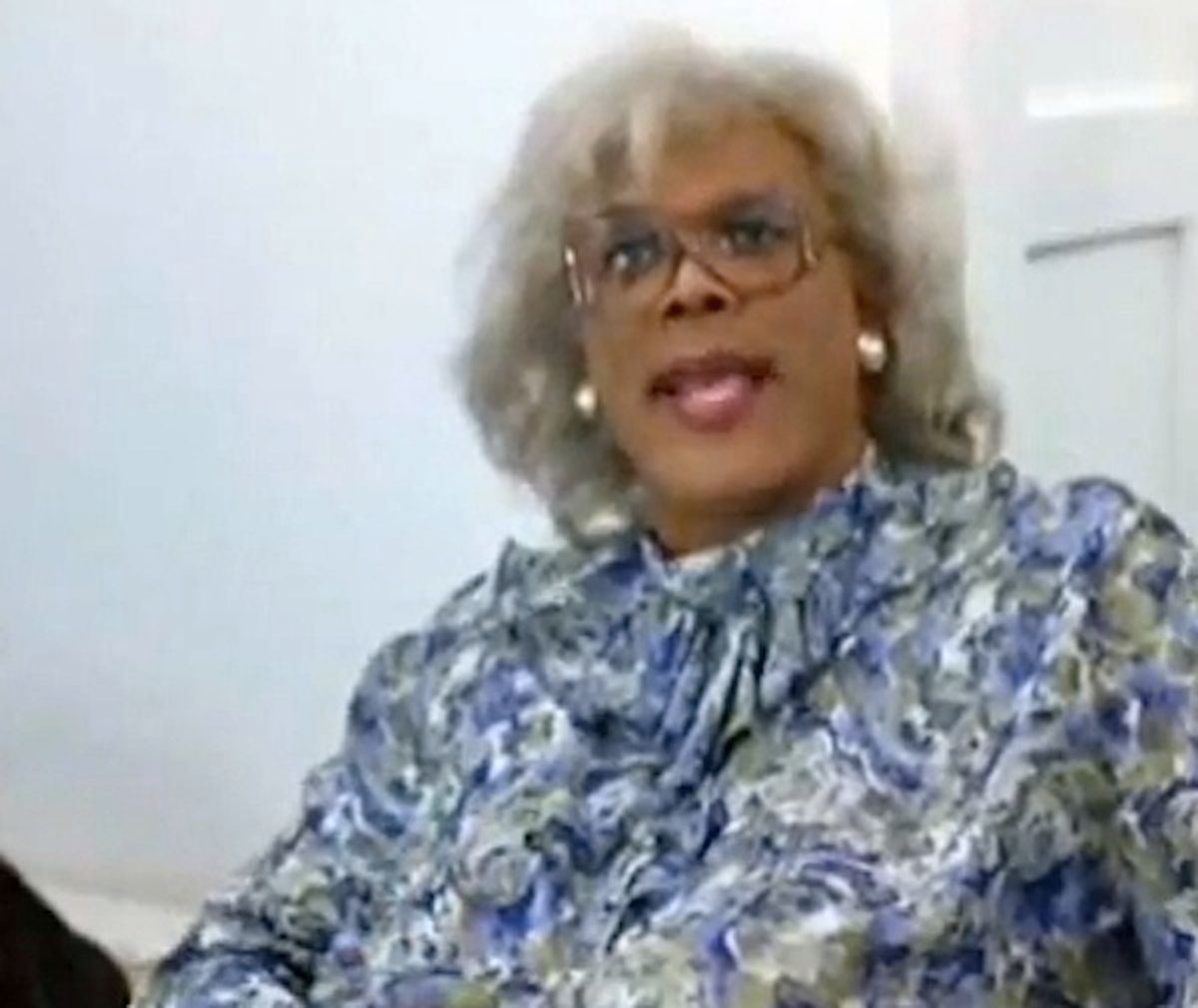 "How is this any different from the Seder scene in 'Mrs. Doubtfire?'"
--

Tyler Perry may be very good at making a $400 million franchise off his Madea character, but he is terrible at defending his work from critics. Spike Lee has been after Perry for years now, calling his work "coonery buffoonery" and claiming that his characters invoke racial stereotypes to get laughs. (Wikipedia describes Tyler's Madea character as an "overweight, older woman who uses the Mammy archetype.") The character of Madea also has a catchphrase of "Halleluyer praise da lot!" Obviously, this is going to rub some African-Americans the wrong way.

Obviously, any franchise packed with racially charged material is going to get some negative feedback. Spike Lee himself has often been condemned for portraying African-Americans in a negative light, although his criticism of Perry seems more in line with Lee's own movie from 2000 about modern-day minstrel shows, "Bamboozled." Both men, however, attack controversial racial and social issues from within the perspective of the African-American community.

But Tyler has finally had enough of Spike's insults, and fired back at the director during a recent press conference:

Obviously, there is a lot to unpack here, and there is no "right" answer to the debate over whether an audience knows what's best for them (since people usually go to see Perry's movies to be entertained, not to make a political statement, I imagine). But can we just focus on that last paragraph for a second? Tyler Perry has never heard Italian people attack "The Sopranos"? He must not have been looking very hard. Ditto for "Seinfeld."

But as for "Tootsie" and "Mrs. Doubtfire," Perry digs himself into a hole here by not separating the history of race/ethnicity from the history of drag performances. Because those two movies, last time I checked, had nothing to do with the religion of the characters, although Dustin Hoffman as an actor is Jewish. Sure, Madea's emphasis on religion is part of her identification with the black community, but saying, "Oh, Jewish people are allowed to dress in drag!" is the equivalent of saying, "Oh, Christians are allowed to dress in drag!" It is a straw man argument that combines too many different elements of culture (sexuality, race, religion) under one umbrella defense.

Spike's criticisms of Perry deal with his portrayal of race, not religion. Whatever well-reasoned argument Perry may have had, his choice to compare Madea to Tootsie left me completely cold. Mrs. Doubtfire didn't go around speaking Yiddish in an effort to blend in with her temple. Yes, both movies feature men in drag, and maybe Perry has a larger critique about our culture's insensitivity to men dressed as women. But somehow I doubt it.