Pick of the week: "Stake Land" offers a juicy saga of vampire-killers in an almost-recognizable America 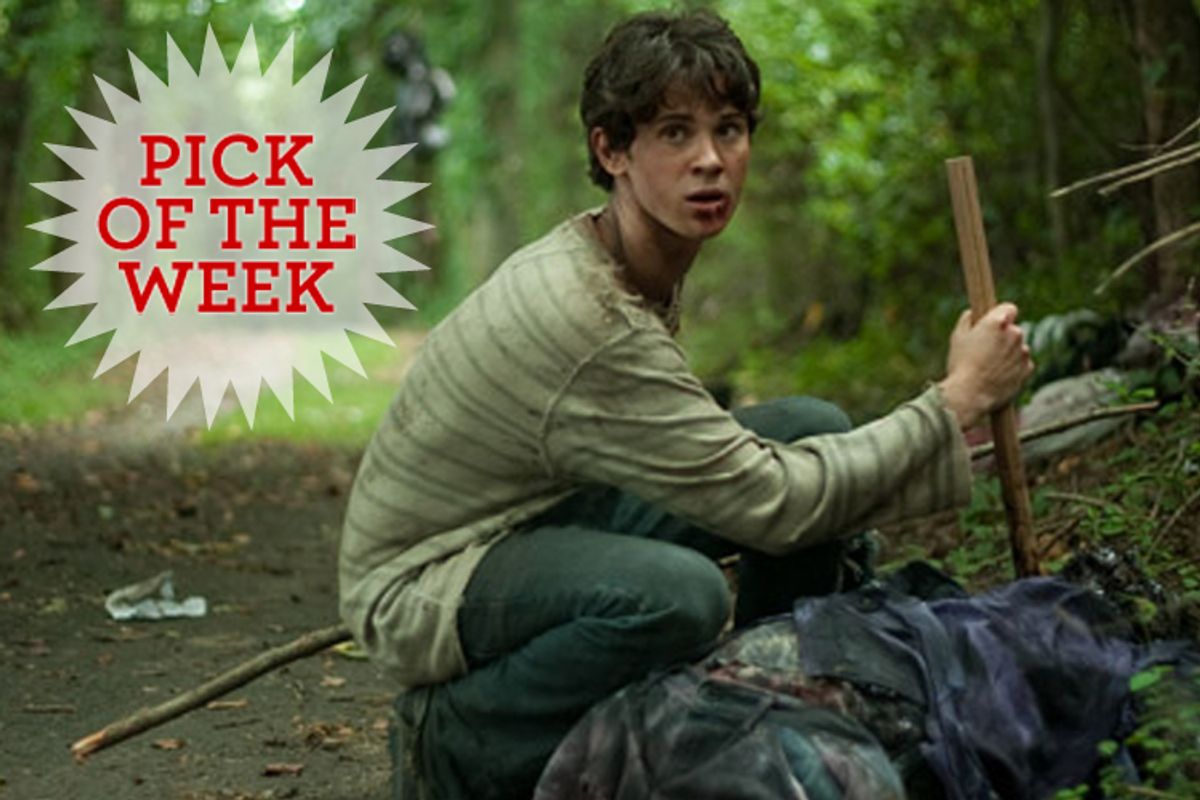 It's not like the world needs a great deal more vampire-and-zombie-apocalypse entertainment, but it's good to see practitioners of the craft occasionally keep it real. By "real," of course, I mean an utterly subjective standard that may not be meaningful to that many other people: gory and tense, but not drenched in self-awareness or "quotations"; a focus on characters and setting rather than splatter; a noirish, boyish, comic-book spirit; the loving evocation -- but not quite imitation -- of low-budget 1970s and '80s end-of-the-world movies, from "Escape From New York" to "A Boy and His Dog" to the "Mad Max" series.

It's in that spirit that I suggest "Stake Land," a satisfying genre exercise from indie-horror auteur Jim Mickle ("Mulberry Street"), the pride of Pottstown, Pa., and producer Larry Fessenden, who has almost single-handedly sparked a revival of low-budget, New York-based independent cinema. Now, it's perfectly true that the story of "Stake Land" is strikingly similar to that of "The Road," the post-apocalyptic Cormac McCarthy novel that reached the screen last year by way of Aussie filmmaker John Hillcoat (except with that film's portentous, minimalist allegory replaced with an actual story). But you might just as well say that it resembles "The Searchers" or "The Adventures of Huckleberry Finn" or "Of Mice and Men," in that it's an archetypal American yarn about two guys on the road through an unforgiving landscape.

Maybe those other stories don't have ravening hordes of undead "vamps," "scamps" and "berserkers" in them, but the focus of "Stake Land," as in the best horror flicks, is more on the human characters than the monsters in any case. Our soulful teen hero and narrator is Martin (Connor Paolo, best known as Eric in TV's "Gossip Girl"), who is of course wise beyond his years -- seeing your parents and infant sibling eaten by half-human ghouls will do that. Martin is saved at the last moment by a grizzled vampire-hunter known only as Mister (Nick Damici, who co-wrote the script with Mickle), who is a little bit Clint Eastwood's Man With No Name, a little bit David Carradine's Kaine from "Kung Fu" and all stake-through-the-heart, canine-tooth-collectin' badass. The relationship between the two is both tense and tender, the push-pull between a kid who still imagines all kinds of possibilities for himself and the world and a violent, bitter man trying to extract some shreds of meaning from a life he probably suspects is guttering out like a spent candle.

This ersatz father-son combo heads out on the open road in a fortified muscle car, across a desolate but pretty much recognizable American landscape that's probably Mickle's greatest creation. He understands that real horror is a plot-dense medium like fantasy and sci-fi, not just a sequence of money shots like porn or a Michael Bay-era action movie. There's not too much flat-footed exposition in "Stake Land," but we learn the basics: After an unexplained plague decimated the population, rendering much of it into feral flesh-eaters and bloodsuckers, the federal government has collapsed. America is now more like a bunch of quasi-feudal, heavily armed fiefdoms than a nation, but even that faint vestige of civilized life is under attack from a millennial Christian sect called the Brotherhood, which uses truckloads of captured undead as low-tech weapons of mass destruction. They evidently believe the zombie-vampire plague was sent by God to destroy the evil government and accelerate the end-times -- and there's a chilling throwaway line that makes clear Mickle and Damici see the Brotherhood as the Tea Party gone fatally insane (if that's not redundant).

Mister and Martin are trying to find a rumored zombie-free enclave called New Eden, somewhere north of the Canadian border, but whether that even exists or what it might be like is the subject of all sorts of troubling rumor. (Mickle has cited Terrence Malick's "Badlands" as an influence, and he understands how close this kind of horror movie brushes against many other genres.) Along the way they save a missionary nun from rapists -- and it's one-time Hollywood star Kelly McGillis, in her first movie role in several years -- before losing her again when they're taken captive by a Brotherhood band headed by the bald, sadistic Jebedia (TV and stage veteran Michael Cerveris). Other people ride along, including a pregnant country singer (Danielle Harris) and an African-American ex-Marine (Sean Nelson), and the terrific supporting cast also includes producer Fessenden as a laconic bartender.

"Stake Land" isn't some dazzling, revisionist reinvention of horror or anything. But it's so well done, and has such respect for the genre, its fans and its traditions, that it far outstrips the recent competition, whether big budget or small. Decent scares and genuinely gruesome special effects, a gritty and ominous drive-in aesthetic (provided by cinematographer Ryan Samul and production designer Daniel Kersting) and a deceptively casual portrait of an almost-believable America in terminal decline -- what more do you want? Horror fans will celebrate "Stake Land," and future horror-film directors should go to school on it. The flame is still burning -- and it keeps the undead away, at least for a while.

"Stake Land" is now playing at the IFC Center in New York, with other cities to follow. Beginning April 27, it's available on-demand from many cable and satellite providers.