Cubs fans still have no idea what an Arcade Fire is

When members of the Grammy Award-winning band showed up for a cover of "Take Me Out to the Ballgame," no one cared 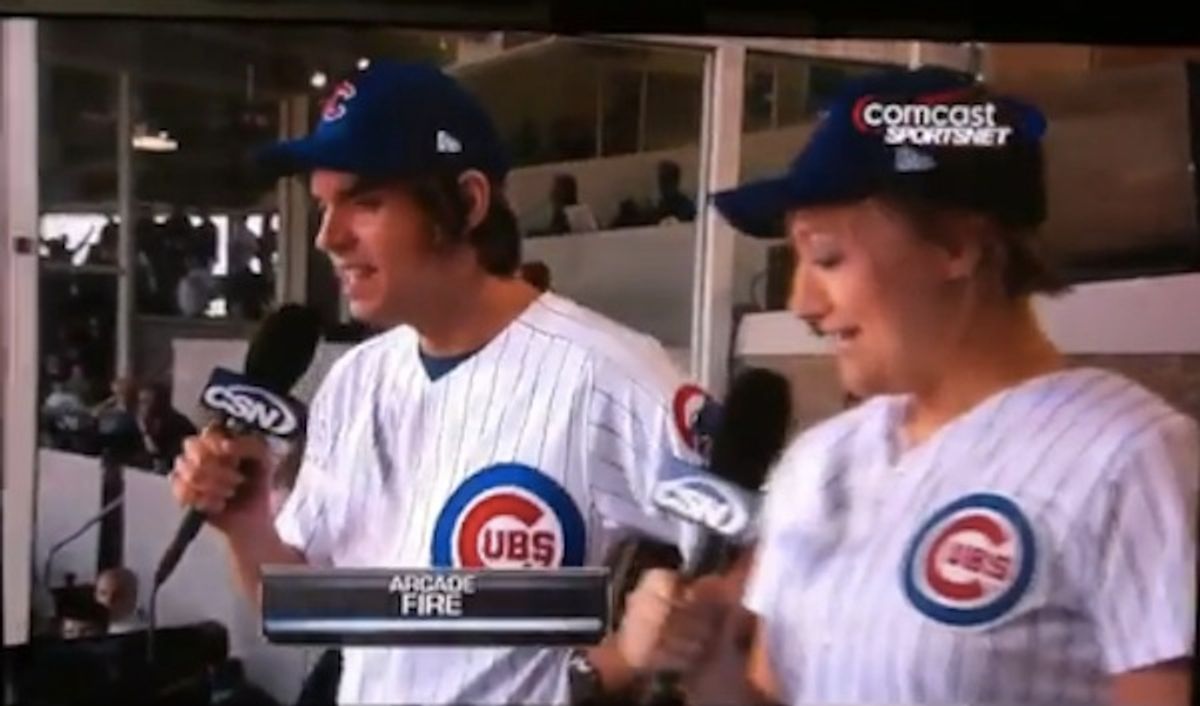 Buy them some peanuts and Cracker Jack, and a home far, far away from here.
--

Remember when that indie band won album of the year at the Grammys, causing a huge uproar and a couple of Twitter posts asking "What is an Arcade Fire?"

Well, in an effort to get more of Middle America (read: non-hipsters) aware of their existence, two members of the group showed up to sing at the seventh inning of a Chicago Cubs game Saturday.

Though lead singer Win Butler wasn't in attendance, the audience gamely put on their happy faces and sang along to the tune.

Just kidding. Even if Win had been there, we doubt anyone would have known who these guys were. The overlapping circle of the Venn diagram showing Cubs fans and Arcade Fire fans remains very, very small. Then again, the same thing could be said of "The Price Is Right" fans. And the Arcade Fire sometimes shows up there as well.

By the way, the Cubs lost to the Dodgers this weekend, but we're sure the presence of the weird band had nothing to do with it. The team probably was just hoping to hear a cover version from "Neon Bible."