"The Importance of Being 'Jersey Shore'"

What happens when MTV guidos are appropriated by the language of Oscar Wilde? 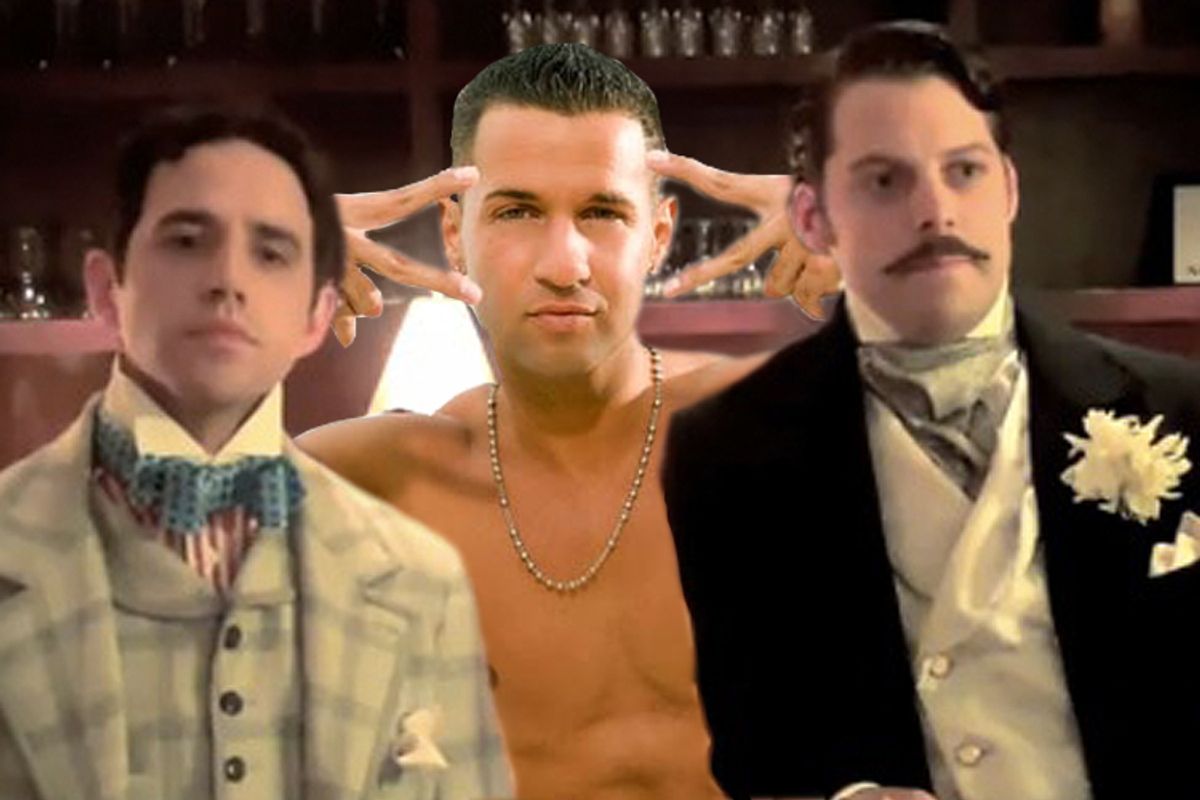 "The Importance of Being the Sitch."
--

The world is sad, Oscar Wilde said, because a puppet was once melancholy.

Wilde's wry take on Hamlet – as something of a brooding muppet – was recounted in a classic New Yorker essay by Louis Menand, the Pulitzer Prize-winning Harvard professor. "[Wilde] was referring to Hamlet," Menand explains, "a character he thought had taught the world a new kind of unhappiness – the unhappiness of eternal disappointment in life as it is."

Eternal disappointment, or Weltschmerz, if you want to impress friends at a German cocktail party, is probably one of Wilde's lesser-known aphorisms. That may be, however, the ineffable reaction that most people have to MTV's "Jersey Shore."

This would be the query posed by the Broadway cast of "The Importance of Being Earnest," who, in a series of viral videos, recite dialogue from MTV's hit show in the style of Wilde's witticisms.

The results, if anything, prove that the unhappiness unleashed by the aimless self-loathing and inertia of Denmark's prince is alive and well today.

Unfortunately, today's youths might not use such eloquent language.

To quote Wilde again, in a seemingly prophetic vision of the Situation and Snooki: "I think God, in creating man, somewhat overestimated his ability."