The actress's father self-publishes a novel whose mind-boggling details include the first lady's embryos? 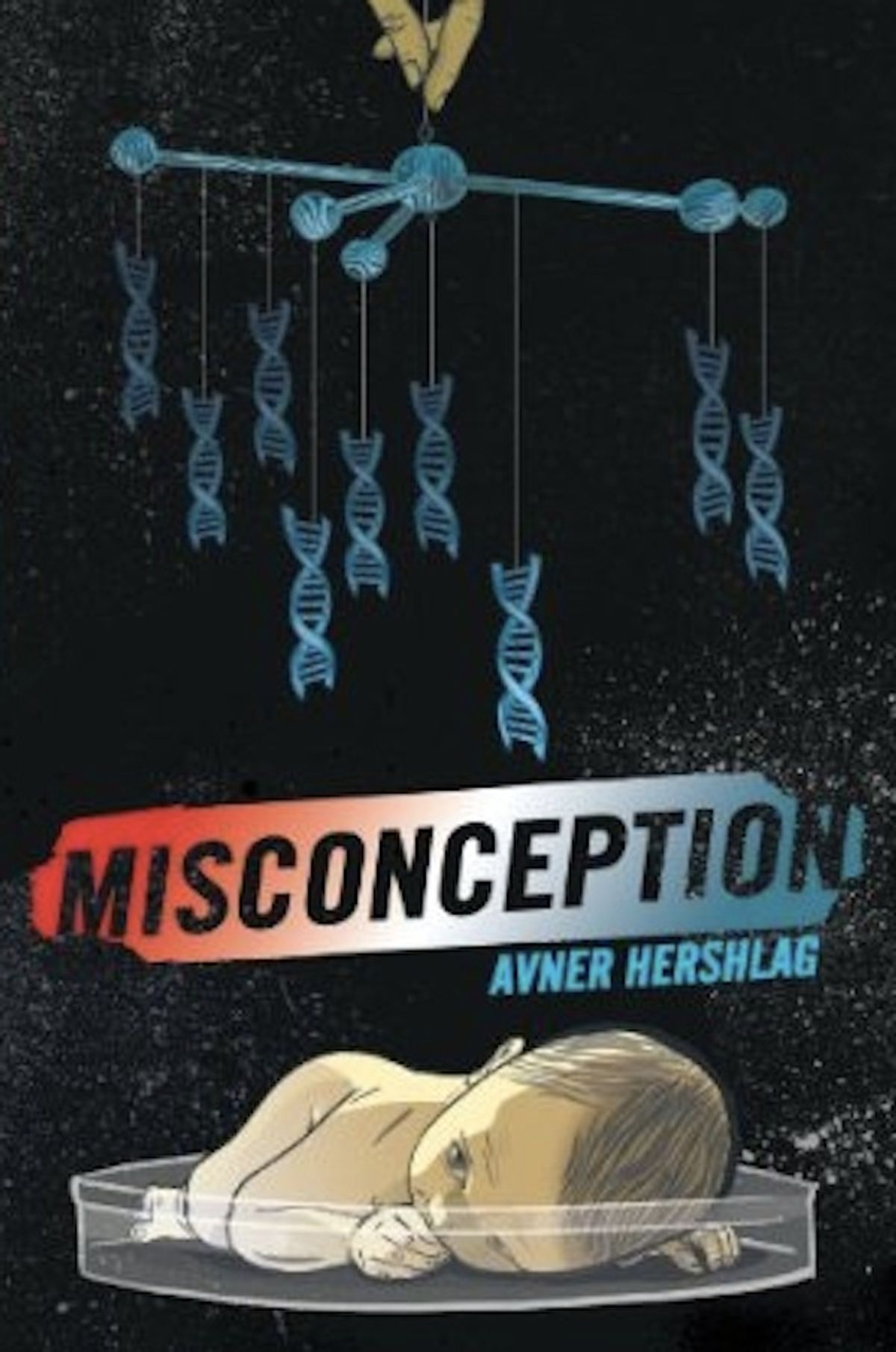 Natalie Portman's dad doesn't want any "misconceptions" about his book.
--

It should tell you something that a famous Yale-educated doctor with a celebrity superstar for a daughter has to self-publish his own books. Though Dr. Avner Hershlag may not share the last name of his pregnant daughter Natalie Portman, he's a renowned fertility specialist and medical director of the In Vitro Fertilization Program at the Center for Human Reproduction, which sort of makes him famous in his own right. (It certainly goes a long way toward explaining Natalie's total embrace of her motherhood status and disclosure of her everyday pregnancy routines.)

But unless you are writing a tell-all about your offspring or planning a reality pilot, it's apparently pretty hard to find a publisher willing to produce your "fertility thriller," which is what Avner is calling his first fiction book, "Misconception." (Get it?) According to Amazon, the book was put out by iUniverse, which is a self-publishing operation. Here is the first sentence of the already ridiculous product description:

If you're tired of legal thrillers written by lawyers, read this amazing medical thriller written by Dr. Avner Hershlag who not only knows his stuff, but also knows how to write. Combining a little science fiction with a lot of science fact, Hershlag takes us on a scary journey through the fields of genetics and into the near future. Misconception delves deeply into a subject no less important than the mystery of life itself.

(Emphasis ours.) OK, so if you're tired of experts in one field trying to write fictional narratives, try an expert in another field! Also, I hope the whole book doesn't try to oversell itself as hard as that last sentence does.

Luckily for anyone who doesn't have time to buy "Misconception" and read it on  Kindle, the Daily Beast's Marlow Stern gives you a two-page portrait of some of the most mind-boggling parts of this thriller. Get ready to read all about the sordid lives of Dr. Hugh Nicholson, head of a cloning facility in D.C. who has "a micropenis and two microtesticles," as well as Majority Whip Senator Tanner, who has a prosthetic leg (because of 'Nam), a daughter in a coma who mysteriously becomes pregnant with his sperm, and a job heading up the Embryonic Stem Cell Bill. (Plus he's a Republican and also goes to hotel rooms with hookers/lobbyists named Destiny.)

And that's just the beginning! This book has everything (cue Stefan voice from "SNL's" "Weekend Update"): a first lady whose frozen embryos are fetus-napped; a rape-victim protagonist who can't deal with her boyfriend's penis "snake"; frozen heads in liquid nitrogen tanks, and more! If you thought "Black Swan" wasn't disturbing enough, you have to pick up a copy of "Misconception" and try to imagine a world where Natalie Portman's pregnancy somehow inspired her dad to release this novel. You'll never get pregnant with the lights off again!