Superman no longer identifies as American

When the man of steel renounces his U.S. citizenship, what does that say about our country? 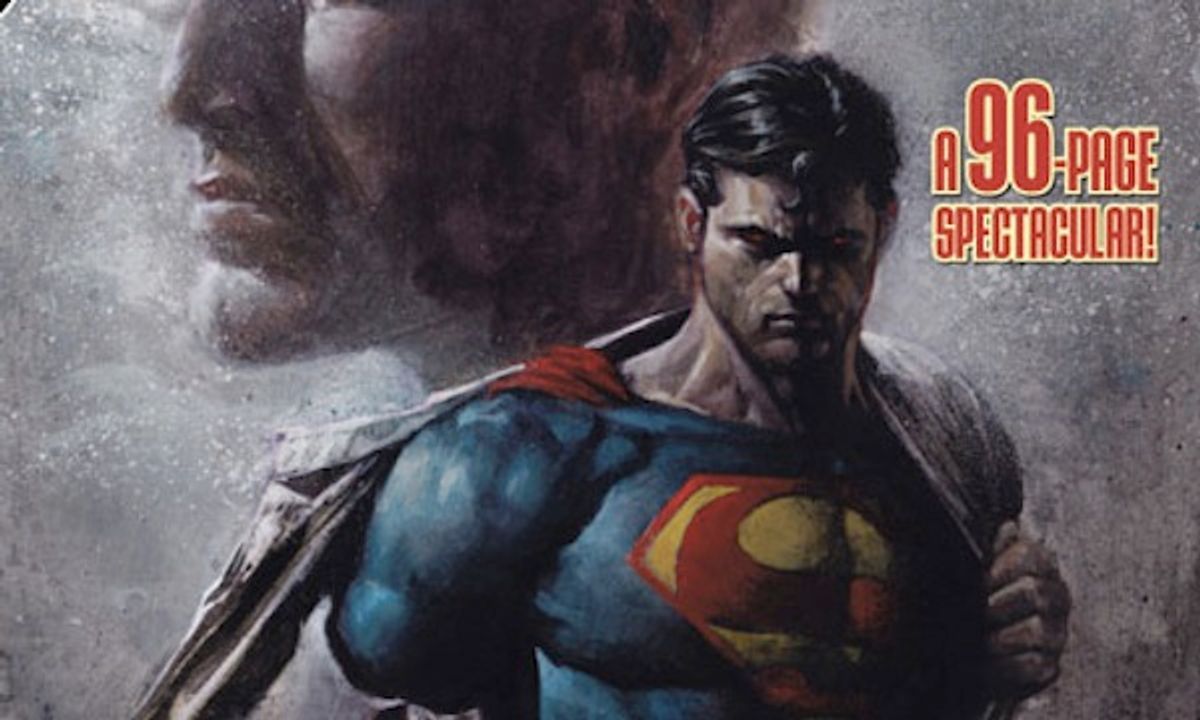 More powerful than a locomotive...but how about a head of state?
--

Hey, has anyone seen Superman lately? It's like the man of steel has just given up on America ever since Donald Trump started asking to see his certificate of live birth from Krypton. No, but actually: Superman is no longer a U.S. citizen. In  "Action Comics #900," released Wednesday, the D.C. character renounces his alliance with the United States after a trip to Iran leads President Ahmadinejad to believe America is going to war with Tehran. Whoops!

And though this all may sound like a big joke (after all, what does Superman stand for, if not the American way?), the scenario has played out before in alternative-reality comic book series. In Mark Millar's "Red Son," for instance, the baby Kal-El was born in Soviet Russia instead of the U.S. and worked for Stalin. In John Cleese's (yup, the guy from Monty Python) "True Brit" there was no "Clark Kent," but there was a very proper young lad named "Colin Clark."

Now, however, Superman won't be claiming any nationality as his own. And we have to realize what a profound change that will be for one of our country's most iconic figures: Superman has always represented immigrant culture, the ability to literally "make it in America." In a key panel of #900, Superman states his reason for leaving, saying, "I'm tired of having my actions construed as instruments of U.S. policy." As the Comics Alliance mentioned in their post about the issue:

What it means to stand for the "American way" is an increasingly complicated thing, however, both in the real world and in superhero comics, whose storylines have increasingly seemed to mirror current events and deal with moral and political complexities rather than simple black and white morality.

Quite the analogy here: If Clark Kent has turned his back on us, then we haven't just failed in international policy, we have failed to identify what it means to be an "American." Though as Douglas Wolk points out in the Time.com blog Techland, the criticism on current politics doesn't play so well when you are dealing with a fictional character like Superman:

Since when, for instance, has anybody thought Superman was an agent of U.S. policy, rather than a private citizen, especially since he just spent a year living off-planet and commanding a New Kryptonian army? How is an entirely nonviolent demonstration of solidarity an "act of war"?

And yet: if it takes a comic book to mirror our current political situation back to us in a way that we can understand, well, what is more U.S. of A. than that?