Can "Two and a Half Men" be saved?

With Charlie Sheen out of the picture, producer Chuck Lorre hopes to find a big-name replacement 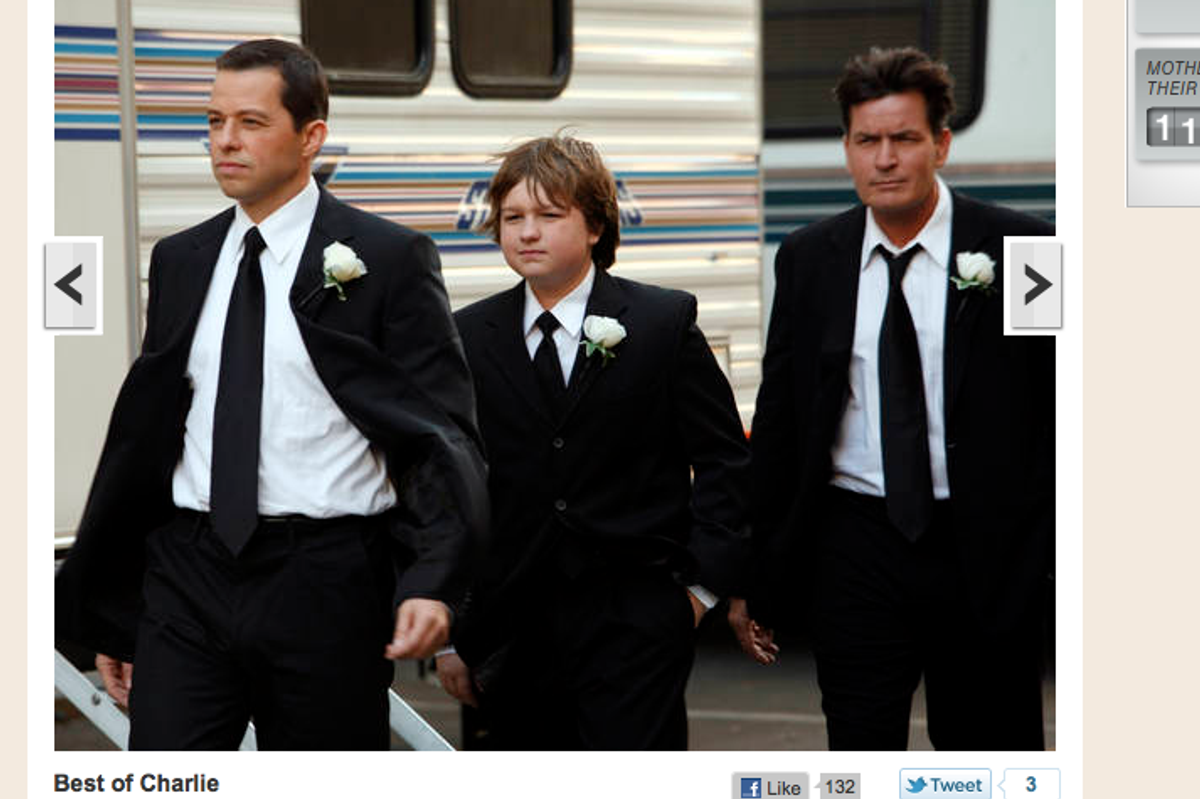 One and a half men: Could producer Chuck Lorre be the missing ingredient?
--

Chuck Lorre may be down, but he hasn't given up: The CBS producer has supposedly been in talks with Jon Cryer about continuing "Two and a Half Men" in Charlie Sheen's absence. If the show continues, it won't be with the huge-name talent of Woody Harrelson, Jeremy Piven or Bob Saget, according to a spokesperson at Warner Bros., who confirms that none of those actors are in the running.

I'm wondering if Rob Lowe is still on this list, as he'd probably make for the best contestant to fill Sheen's shoes. Not in the same role, of course, but Rob could easily turn on the charm and carefree charisma that Sheen brought to his "Charlie" character. And what's more, the actors grew up together. (Hello, "Stories I Only Tell My Friends!")

But what's most intriguing about the Chuck Lorre saga is that it's made a star out of the producer. Tell me (with the exception of Lorne Michaels) the name of any other comedic show-runner in television history. It's kind of hard, right? But with the drama going on between Sheen's lawsuit against Warner Bros. and Chuck caught right in the middle of it like a red-headed stepchild, he's become famous in his own right -- if only for the speculation of what he's going to do next with the show.  That's right: not Sheen, but Chuck Lorre.

This is where "Two and a Half Men" could still succeed. It doesn't need the big-name talent on the roster right away, but the show needs to prove that it still has a sense of direction post-Sheen. Whether or not Lorre can pull this off will be the real test of his Hollywood chops and potentially his legacy-- if not, he is doomed to be remembered as nothing more than the producer who became famous for a public row with his star.