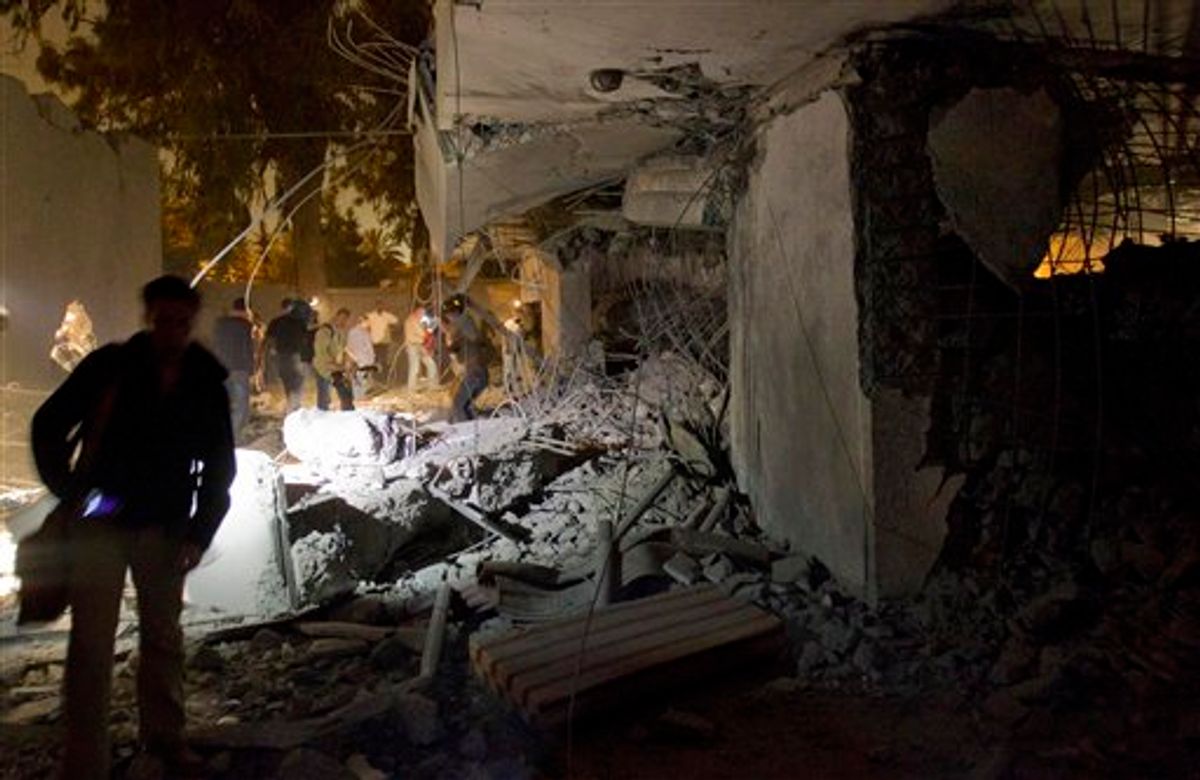 In this photo made on a government organized tour, government officials and members of the media gather at the site of a NATO missile strike that killed Gadhafi's youngest son and three grandchildren and wounded friends and relatives, in Tripoli, Libya, Saturday, April 30, 2011. Libyan leader Moammar Gadhafi survived attack, Libya's spokesman said. (AP Photo/Darko Bandic) (AP)
--

NATO says it struck a government building in Tripoli but can't confirm that one of Moammar Gadhafi's sons was killed.

NATO says it struck a "command and control building in the Bab al-Azizya neighborhood" Saturday evening, insisting all its targets are military in nature and linked to Gadhafi's systematic attacks on the population.

Lt. Gen. Charles Bouchard says he is aware of unconfirmed reports that some Gadhafi family members may have been killed and he regrets "all loss of life, specially the innocent civilians being harmed as a result of the ongoing conflict."