Has the Justin Bieber backlash begun Down Under?

In Australia, eggs are thrown at the singer, and he's almost deemed a flight risk. Is his fandom on the decline? 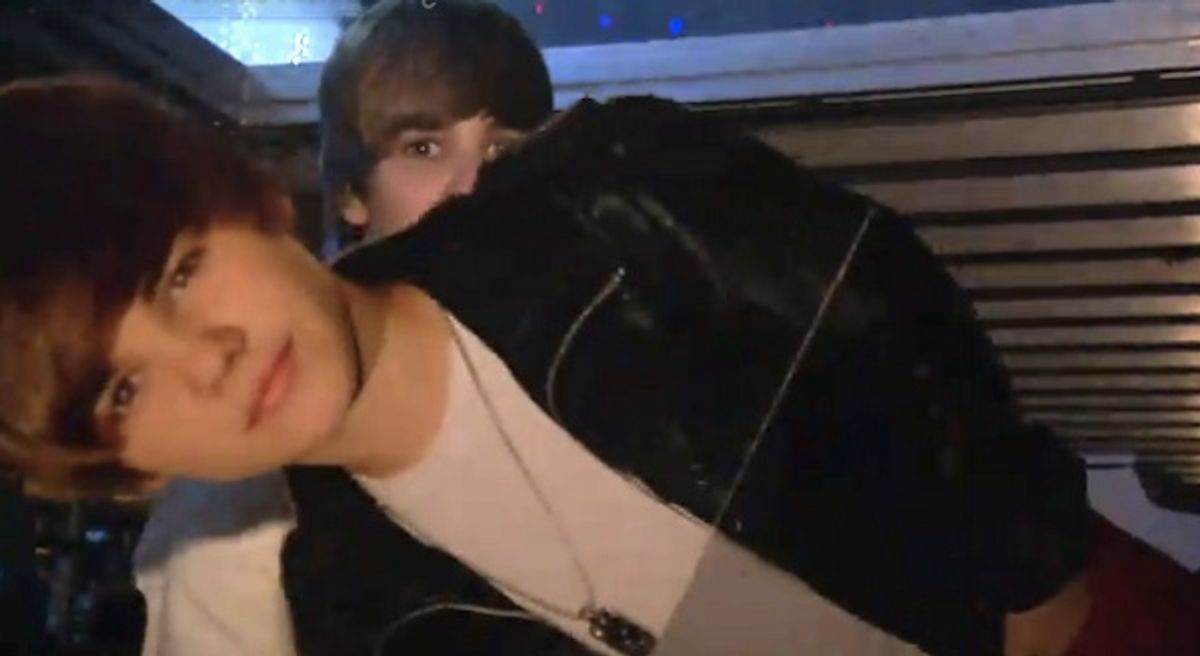 Justin hiding out behind a cardboard cutout in "Never Say Never."
--

Poor Justin Bieber can never get a break in Australia. In April 2010, Justin had to cancel a concert in Sydney after fans caught a bad case of (kill) Bieber fever and his show became a national security risk. A year later, Justin is finally able to perform down only to find himself pelted with eggs. Turns out, when they're not trying to rend you limb from limb in Australia, they are throwing food at you:

"According to reports, some fans believe it was a setup." I'm not even sure if I understand what that means, since clearly the person (or persons) who brought the eggs was not a Bieber fan, and it was a set up to prank him. Yet, at the same time, they paid a lot of money to throw stuff at him. (So in that way, sure, Justin Bieber does have a very good "setup" going.)

Justin's troubles in Australia could be the first harbinger of bad luck for the 17-year-old "Never Say Never" star. He almost wasn't allowed on Qantas airlines after he and his security team got up to walk around during takeoff. (He must have really hated that John Travolta in-flight safety video.) Eventually the whole thing was sorted and Justin apologized, which might be the first time the pint-size superstar was almost forced to reroute because of bad behavior. Maybe it was a wakeup call to Justin, who has a history of testing the limits with adults and punking his friends.

If Qantas had made an example of Bieber, maybe he would have gotten the message that he can't get away with his bad behavior. After all, you can't be called a "security risk" on one airline and then expect to breeze through the TSA ever again, even if you are the most famous baby to ever make it in America.

Depending on your personal feelings about Bieber, a slap on the wrist may be a good thing for a kid who has skyrocketed to fame so fast. But while Bieber has another movie in the works with Mark Wahlberg, I can't help but wonder if this Australia backlash is a harbinger of things to come. Is Justin's teen heartthrob status really sustainable, or will the negative sentiment start to overwhelm the fandom?

Either way, it would help Justin to stop treating every flight as if it were his own personal airline service, and start acting like an adult. At this point, he practically is one.