Penn Jillette explains the fake Martin Luther King Jr.: "I made a mistake"

Updated: The magician responds to Salon about his inaccurate Osama tweet -- and the furor that resulted 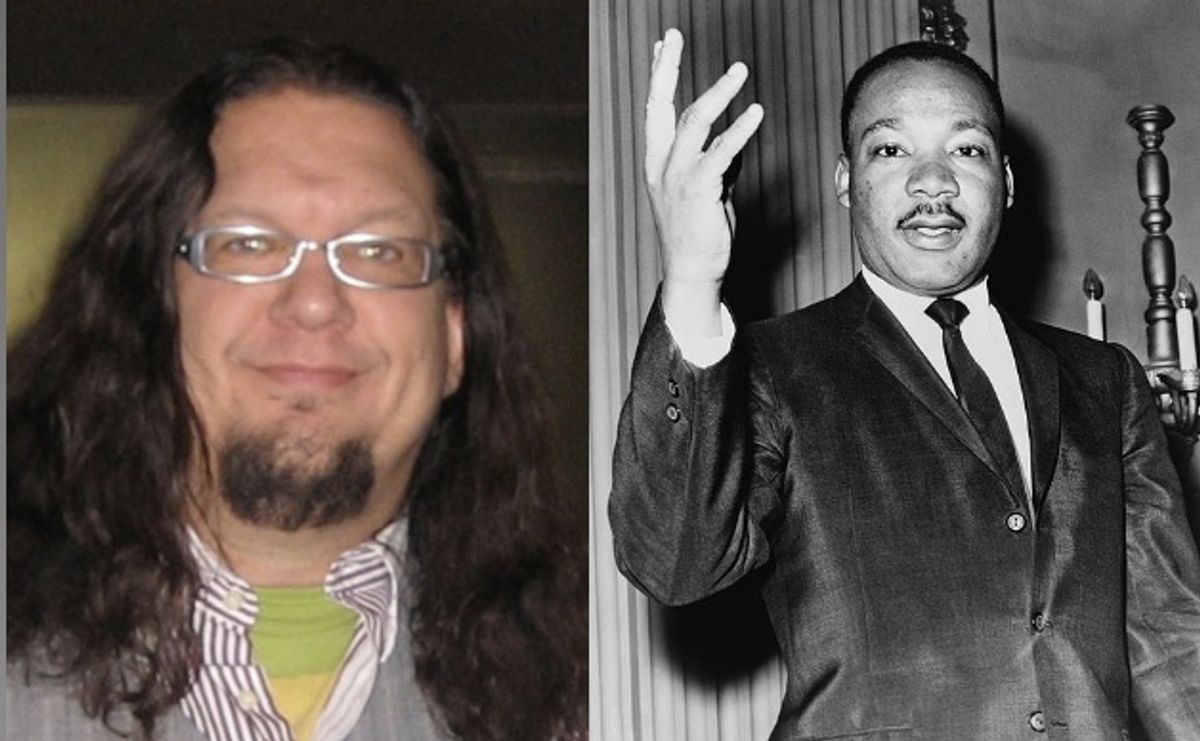 MLK Jr.'s words, taken out of context by a magician.
--

Yesterday, around 3 p.m., a trend started emerging on Twitter. People began reciting a quote from Martin Luther King Jr. that seemed strangely apt for this occasion:

"I mourn the loss of thousands of precious lives, but I will not rejoice in the death of one, not even an enemy."

The first person to cite it on Twitter was the famous magician/Libertarian Penn Jillette, but the words quickly went viral, and the source got lost in the shuffle. The only problem? As Megan McArdle pointed out in the Atlantic, Martin Luther King never said that.  Actually, the quote from MLK about enemies is:

"In the End, we will remember not the words of our enemies, but the silence of our friends."

How did this other quote get misattributed to King? As McArdle says in her piece, "It's a bit too a propos. What 'thousands' would King have been talking about? In which enemy's death was he supposed to be rejoicing?" She also wonders, "Why? What do you get out of saying something pithy, and getting no credit for it?"

Penn admits to being the originator of the quote on Twitter, though he claims it got messed up when he cut and pasted from a longer piece by King. I'm not sure if I believe him; I have a strong suspicion Penn just made it up in order to see how many people would blindly follow along and quote it as fact, without ever checking on the sources. [Jillette has since explained the quote further to Salon (see below), stating that it was an honest mistake.] After all, this is the guy who created the documentary "Penn and Teller: Bullshit!" and the subsequent Showtime series about how easy it was to dupe people.

Update: The source of the quote is a Facebook message by Jessica Dovey, where she goes on to quote Martin Luther King Jr. In this context, it's easy to see how a cut-and-paste job could have accidentally attributed the source to King. Congrats to Jessica, whose Facebook wall post is one of the more famous sayings on the Internet today. Salon has reached out to Penn Jillette for comment, but has yet to receive a response. (See update below.)

Update 2: On Tuesday afternoon, Penn replied to Salon by email, detailing how he made an "honest mistake," and conveying his dismay over the suggestion that he would purposefully fabricate a quote from Martin Luther King.

"I made a mistake," Penn wrote, "I read the quote, thought it was too perfect, checked part of it from the MLK book and then cut and pasted it. The part I checked was not the part that was wrong, and I posted it. A stupid, but honest mistake. When someone pointed out the mistake, I apologized as best I could in the limited number of characters. And then I apologized and explained a few more times."

Penn also stressed his sadness that the mistake on Twitter apparently led some people to think he was disrespecting Dr. King. "It hurts me to have people think I disrespected Martin Luther King," he wrote.