Megan Fox, Mila Kunis and others perfect the art of fanboy pandering -- and show the extent of geek clout 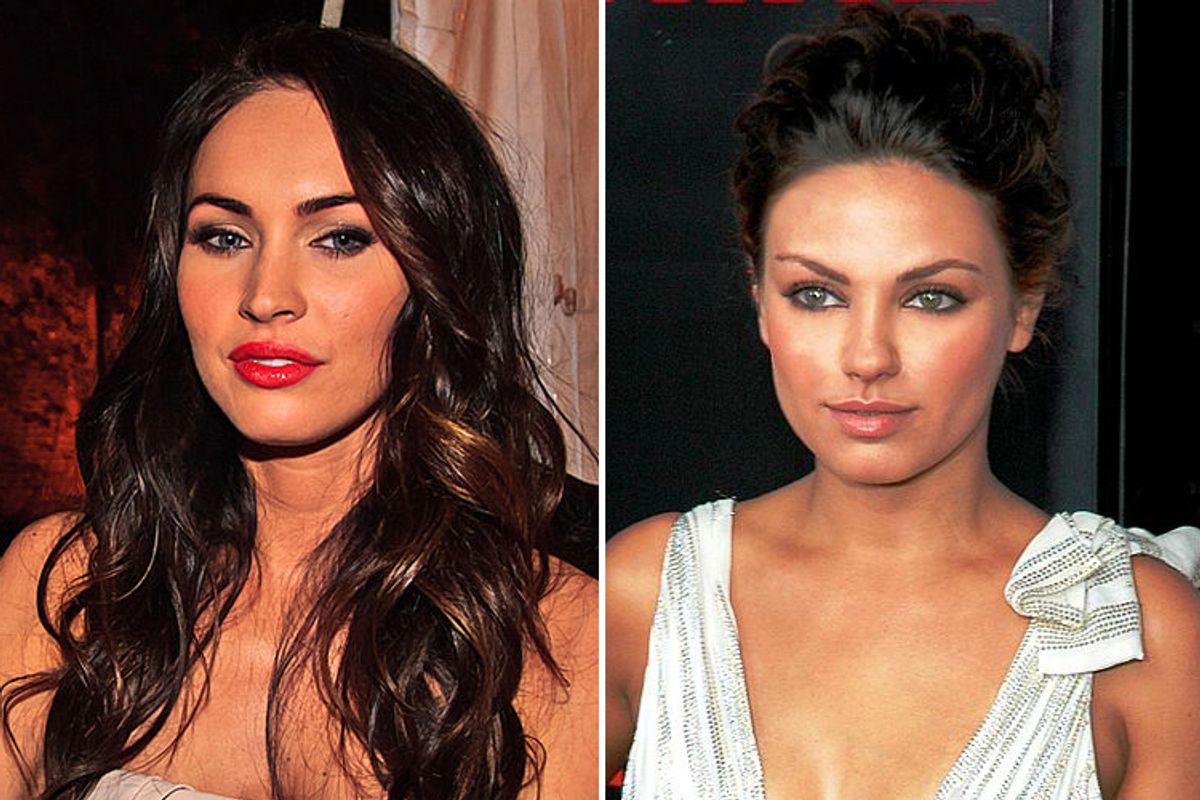 Inside every smoking hot babe squeezing her cleavage together on the cover of Maxim, there is an even sexier woman. A gamer. A comic book fan. A "Star Wars" obsessive. That's right, geeks, beautiful movie stars totally dig your action figure collection and your "Doctor Who" bootlegs.

There was a time when "nerdy" was the last word a starlet would want associated with her name. The Hollywood universe was composed of proud former cheerleaders and models, girls who sat at the popular kid table in high school and never knew the indignities of an "awkward phase." But then Hollywood realized the blockbuster potential of superheroes and video games, and suddenly "guys still living in their parents' basements" became a viable demographic. There's a reason for "Chuck" and "The Big Bang Theory" and "The Green Hornet." Nerds control the entertainment industry. And nerds – and their eyeballs and ticket-buying dollars – cannot be won over by mere T&A. They want women who can talk Comic-Con with them.

In a hilarious supercut from Filmdrunk of "hot women pandering to nerds," such formidable foxes as Annalynne McCord, Megan Fox, Mila Kunis and Rosario Dawson admit their geekiness to a slavering assortment of talk show hosts. Sexy women saying they're really just nerds -- it's the new sexy women eating big sandwiches!  And their most often trotted-out credentials? A love of "Star Wars," "Star Trek" or both. "I love 'Star Wars,' so I'm geek squared," confesses Jamie Alexander. Wow, that's some brave confessing there, ladies. What must it be like to live on the fringes of society, part of that marginalized community of "Star Wars" and "Star Trek" fans? Perhaps you'll also enjoy the wonders of the Rolling Stones, IKEA shelving systems, Levi's and coffee. Because you're special.

In recent years, a new breed of sex symbols like Felicia Day and Olivia Munn have carved out their fame in large part due to their relatability. Their very public enthusiasm for geek culture -- combined with a talent for looking amazing in a bikini -- has connected with the fanboys, and by extension, the world. So if you've got a project to promote -- maybe one based on a comic and with a game tie-in, or you're just shopping around for that next hundred-billion-dollar Michael Bay project inspired by an app, you'd best try to make the fans believe you are one of them. Just tell Jimmy Kimmel something about your crush on Han Solo, you'll be fine.

And so Brittany Snow admits she's a "shy nerd" -- while falling out of her sheer bra on the cover of Maxim. Megan Fox calls herself "the biggest nerd" because she loves "comic books and stuff like that" -- after FHM magazine names her the Sexiest Woman Alive.  ("Stuff like that?" I'm convinced!) Kristen Stewart says she's "a dork" -- for her cover of Vogue.  Jessica Alba likewise says she's "dorky." Reese Witherspoon? Another "big dork."  Keri Russell? "I’m just a nerd ... I’m the opposite of cool." I'm sure they all look exactly like the Mathletes team in your home town.

There's no doubt that even the hottest woman in the world can have a rerun-watching, "Halo"-playing side. But there's a glaringly orchestrated, having-your-Hot-Pocket-and-eating-it-too element to the geek-appeasing tactics of Jamie Alexander's Chewbacca imitation or Rosario Dawson's flaunting of her Klingon. What they share with the nerds isn't a passion for gear or fanfic; it's a penchant for crafting a persona and creating fantasy. And I'm sorry to break it to you, obsessive, socially maladjusted guys everywhere, but Mila Kunis is never coming over to play "World of Warcraft" with you.