Google Chrome promises "It Gets Better" 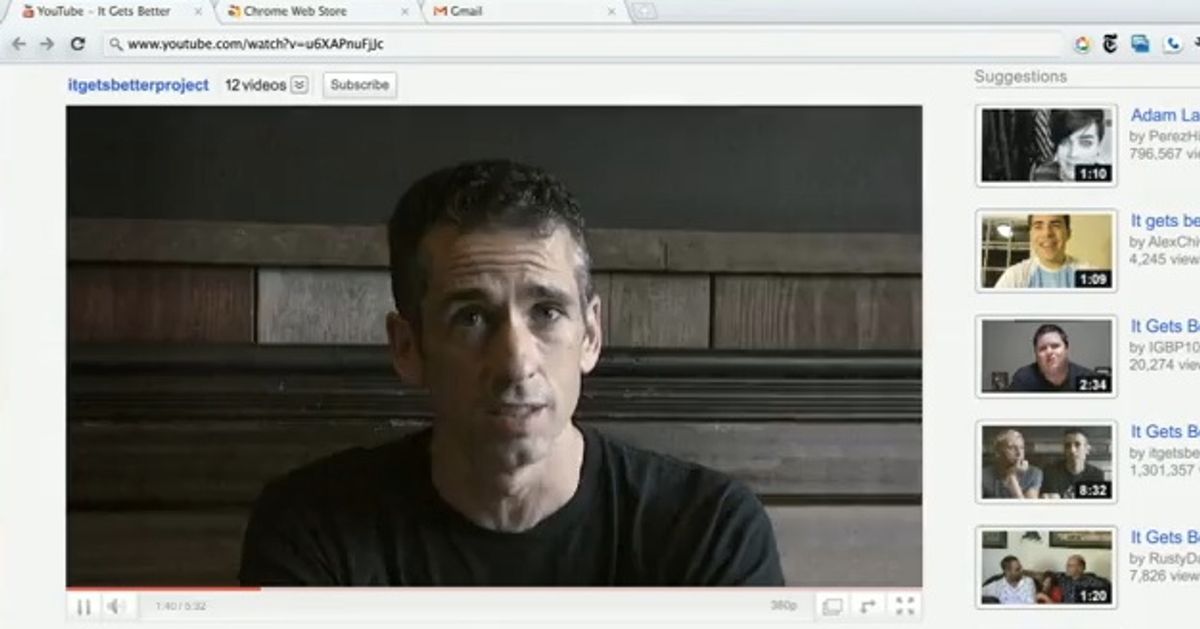 Dan Savage for Google Chrome, "It Gets Better" ad.
--

"The web is what you make of it" is the message of a new prime time ad for Google Chrome. In partnership with the Dan Savage project for gay teens, "It Gets Better," the Google ad shows Dan talking on YouTube with the rally of Internet support that the initiative has brought in since its inception in September.

This isn't the first time Google has come out in support of "It Gets Better": In October, employees for the tech company made their own video for Savage's campaign.

The ads came out in time for last night's "Glee" episode, which continued the show's theme of gay teens in high school with the outing of one particular student. Where it gets a little sticky is on local Fox affiliates like the one in Houston, where a special report on "Is TV Too Gay?" blasted "Glee" directly after last week's "Born This Way" episode. GLAAD has asked for a formal apology from the station, which has yet to issue one.