Why we shouldn't care about Bristol Palin's face 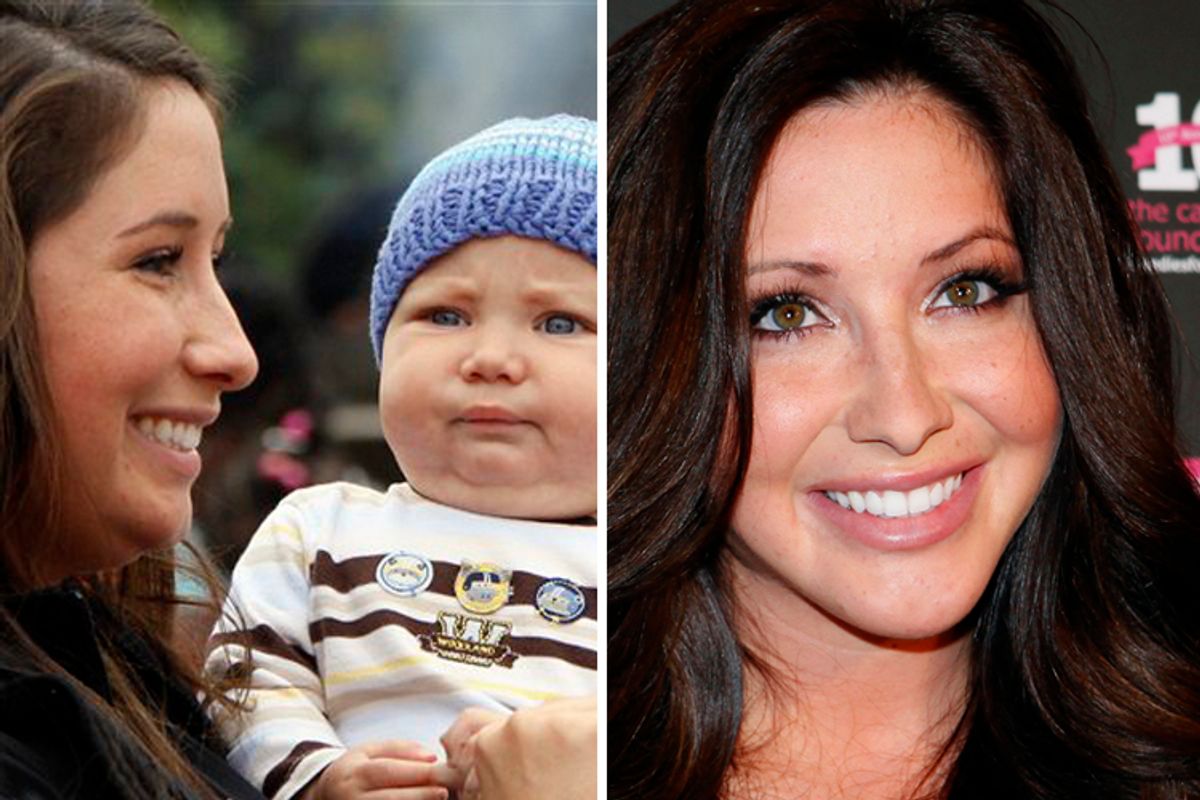 Today, a slide show comparison of Bristol Palin and her new face emerged on Gawker.  Yes, the daughter of reality show star and former V.P. candidate Sarah Palin has either dropped some weight, had a quick face transplant, or both. Though if we're being reasonable, let's sit down and consider whom it's helping when we spend our day dissecting the features of a 20-year-old girl.

See, I have no problem with tearing apart Bristol about her role as an abstinence-only spokesperson when it's rife with hypocrisy; after all, didn't Bristol say after she had Tripp that she thought not having sex was unrealistic? But as far as I know, Bristol has never said anything about opposing plastic surgery. She isn't running for office or preparing to do any more TV shows, making her especially undeserving of the intense, mean-spirited media firestorm that envelops actresses when we start to wonder if their nose is looking a little more button-y.

Sure, it's hard to look away from the noticeable differences in Bristol's face. But as a Gawker commenter pointed out, the same outlets that called her fat eight months ago, when she was on "Dancing With the Stars," are now accusing her of having surgery. Go figure: During the week we kill bin Laden, it only takes four days until the Palins' minutiae starts dominating the news cycle again.