Slide show: From "The Iliad" to "Scooby-Doo" -- we explain the obscure jokes on TV's most meta show 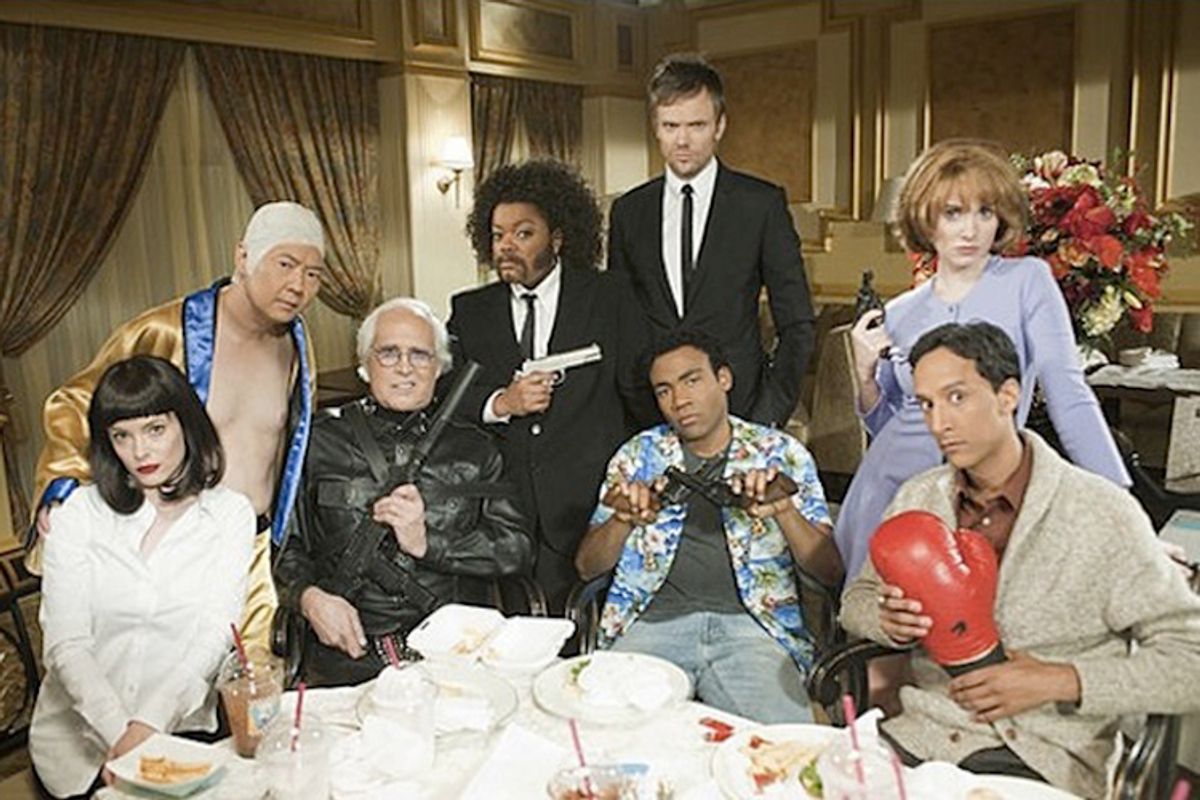 Out of all the shows on NBC's Thursday night lineup, "Community" may be the smartest. No offense to Tina Fey or Amy Poehler, but Dan Harmon's show about Greendale College is so rife with pop culture references that it's impossible to get most of them in one sitting.

And with tonight's first half of the season finale showing us exactly what happened to "Lost's" Sawyer after he left the island (apparently he became a paintball expert), I'm expecting nothing short of 10 meta-layers of insider jokes that I won't get until I look them up on Google. In the meantime, enjoy this slide show that encompasses my favorite wink-wink/nudge-nudge culture jokes from "Community's" second season. There's doubtlessly more: Please leave all the ones you think of in the comments!