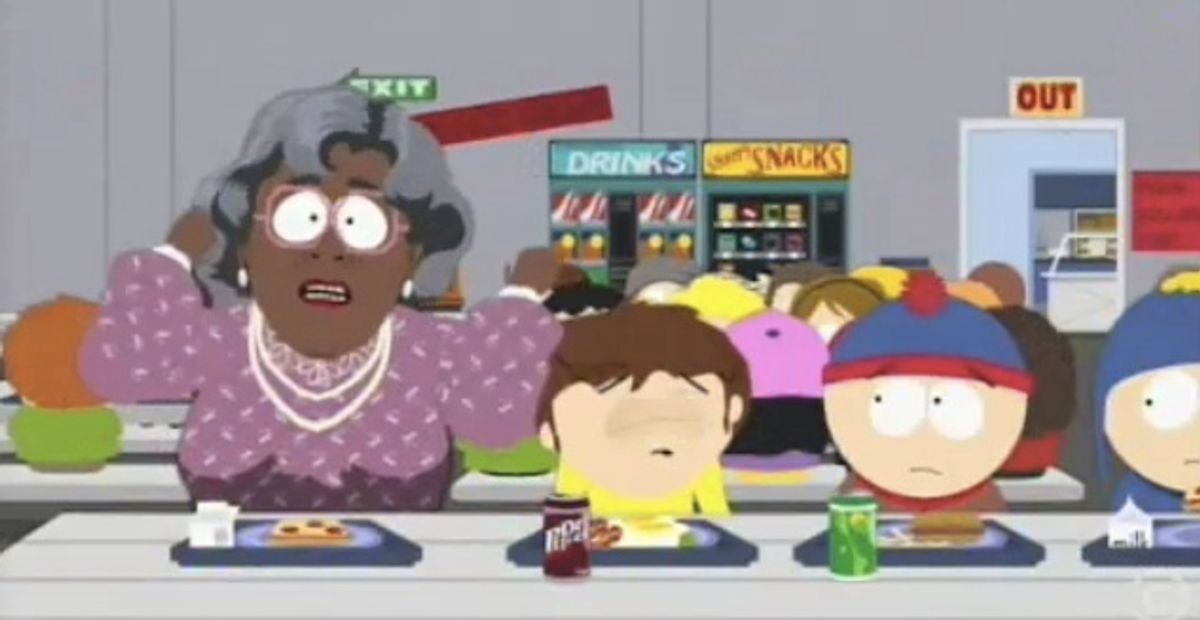 Tyler Perry is something of a divisive figure. We've already seen Spike Lee decimate Perry in the pair's ongoing feud, and it's a well-documented fact that audiences of Tyler's extremely popular Madea series don't give a crap what Spike Lee thinks of the "coonery buffoonery."

Last night, "South Park" gave Perry a long-awaited noogie when he showed up to accept at the school's comedy awards show. (Called "The Kathy Griffin Awards" -- how I wish those really existed.)

Perry continues to pop up throughout the episode, and Token Black (the only African-American "South Park" kid) continues to laugh before stopping himself in self-loathing. Even Obama isn't exempt from the "South Park" stereotype of every black person loving Perry. "I know it's embarrassing, but I simply can't help myself," says the president.