Newsweek's editor-in-chief says she has some new ideas, but they sound like the same old spiel 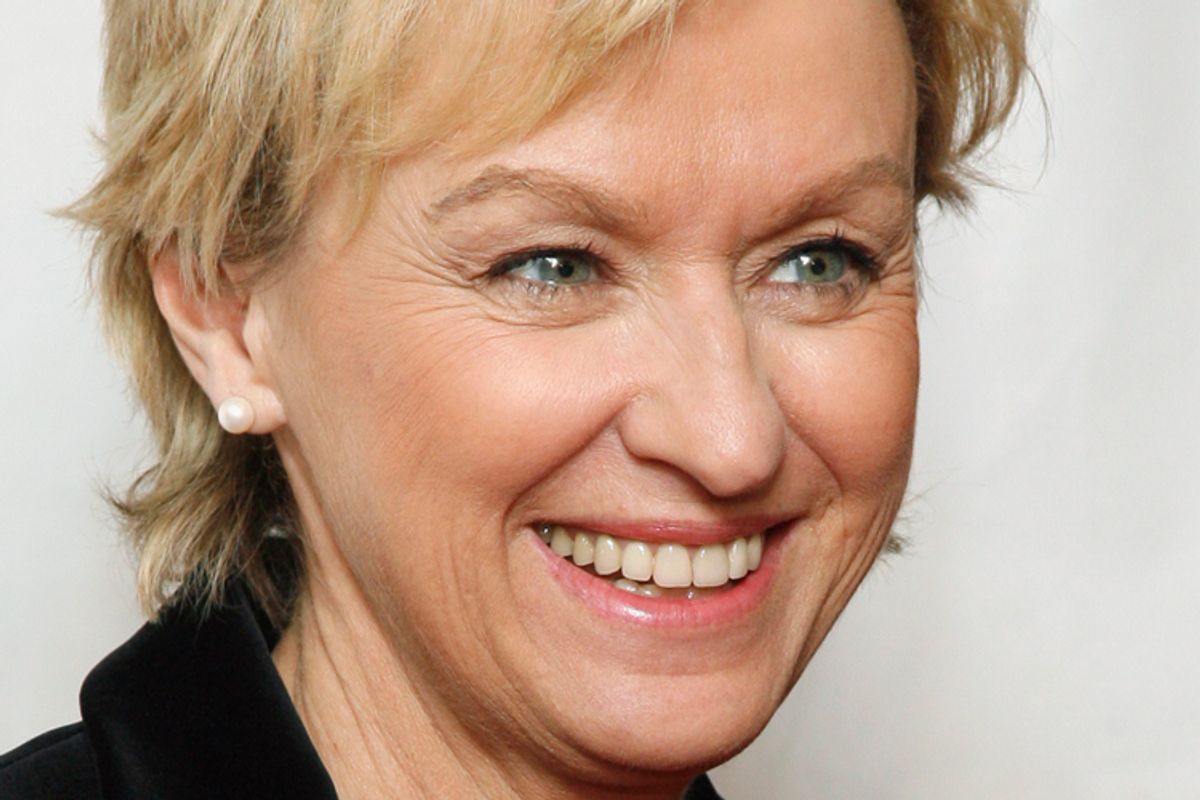 One thing about Tina Brown, editor-in-chief of The Daily Beast and Newsweek, is that she knows what she is good at. For example, the former Vanity Fair, New Yorker, and Talk editor is very good at giving quotes to other publications about how her new endeavor will change the cultural landscape. At this, Brown is probably on par with Anna Wintour or Graydon Carter.

It's kind of hard to take Brown at her word however, when she's been talking about Big Change in the exact same way for the last 17 years. For example, during her May 6 profile in The New York Times Brown says:

"There’s a great kind of high-low, newsy, sexy thing that the European newsmagazines have," Brown said. "They have this great sort of slightly freewheeling pagination, where they go from a great sexy picture of an expensive watch to Libya or something. So I’d like to have more of that feeling in Newsweek. I think that’s a great thing for a magazine, because that’s where we all sort of are now, we’re all multiplatformed, everything's messed up with everything else."

Combining highbrow and lowbrow culture? Sounds exciting. Or at least it would, if Gawker hadn't already outted Tina three years ago for using that high-low quote for every publication she ever took over. They even point out how she described Talk in almost identical language as The Daily Beast. In 1999, Tina gave this quote about Talk to the Boston Globe:

"There is a sense now that the people who watch Regis and Kathie Lee aren't interested in books, but there's no reason why those two worlds can't be brought together," she said. "And that's what we aim to do with Talk—to admit that we all like to picnic, that we can take the time to read a serious article on one page, then turn the page and escape with a photo essay about a movie star. We want to convey this high-low culture."

And almost a decade later, about The Daily Beast:

"I've always liked the high-low mixture, and it seemed to me that was missing from a lot of the sites," Brown says in her small, unadorned office, looking very New York in a leather jacket, black shirt, gray pants and black boots. "We like a hit of Britney but not much. I want to know far more about Mumbai and Larry Summers and what's happening at the Federal Reserve."

If Tina wants to keep going with this shaking up the system, she probably needs to find a different sound bite than the one she's been recycling for almost 20 years. High-low!