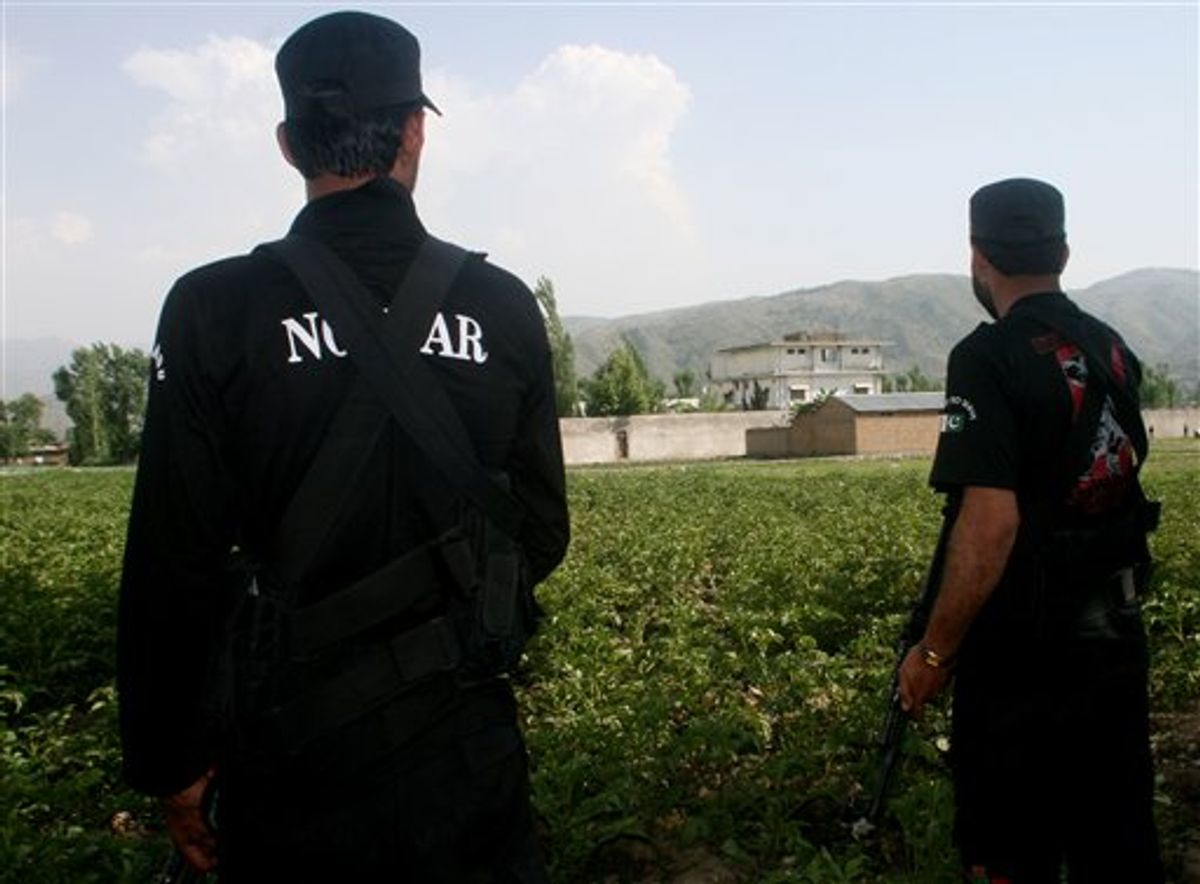 Pakistani security officers stand guard near the perimeter of the compound of al-Qaida leader Osama bin Laden in Abbottabad, Pakistan, Wednesday, May 4, 2011. Many of the residents of Abbottabad seem to be confused and suspicious about the killing of Osama bin Laden, which took place in their midst before dawn on Monday, even as the U.S. White House has struggled to communicate its account of the audacious raid that killed Osama bin Laden for both a jubilant American public and a skeptical Muslim world. (AP Photo/Aqeel Ahmed) (AP)
--

The top U.S. commander in eastern Afghanistan says communication with the Pakistani military along the Afghan border was cut off for a couple of days after the U.S. raid on Osama bin Laden's Pakistan compound, but contact has since been restored.

Army Maj. Gen. John Campbell also said bin Laden's death offers an opportunity to draw rank-and-file Afghan Taliban fighters away from the insurgency. He said his gut feeling is that many of them are tired of the war and may see a new chance to rejoin Afghan society.

Speaking to reporters at the Pentagon from his headquarters in Afghanistan, Campbell said this does not apply to a Pakistan-based insurgent group known as the Haqqani network, which he called the greatest security threat to eastern Afghanistan.