How is Callista Gingrich part of my generation?

The Gen Xer is a hot new face of American conservatism. Did we really live through the same decades? 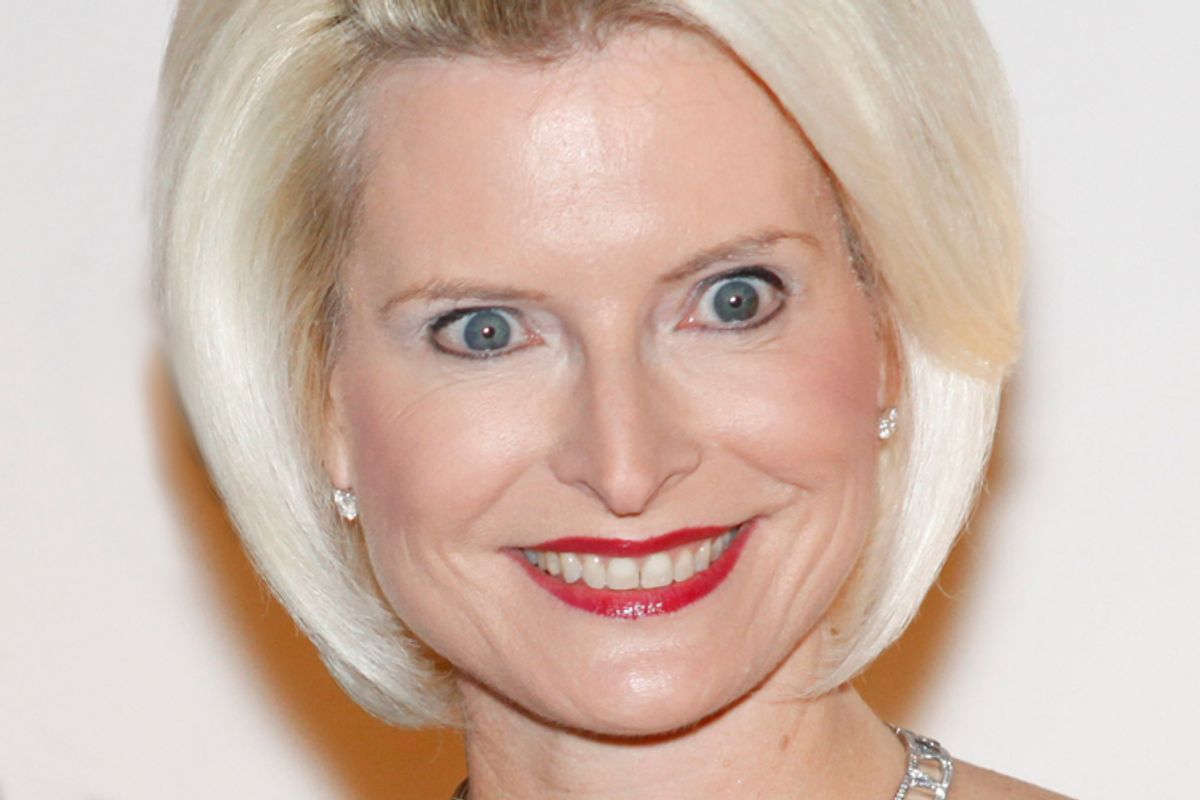 There's a whole lot about Callista Gingrich that doesn't quite make sense. The 45-year-old third wife of 67-year-old Newt Gingrich and, as of Wednesday, aspiring first lady, is a devout Catholic who began her relationship with her husband via a lengthy extramarital affair. She's a small town girl from Wisconsin who plays the French horn in her local city band and has recently written a children's book about American "exceptionalism." But for many of us, the most baffling thing about Callista Gingrich can be summed up by the email an old friend sent me a few days ago. It asked one simple question: "This Plasticine hag is our age? THIS IS NOT POSSIBLE." The Obamas and Sarah Palins, all in their late 40s, represent very different tail ends of the "hopey changey" boomer generation. But my fellow Gen Xers: Callista, God help us, belongs to us. It's like Daria went completely to hell.

In a fascinating, in-depth story in the New York Times Tuesday, the subject of Mrs. Gingrich's public profile was front and center. Why, the Times wondered, is Gingrich so gung-ho that this woman -- once portrayed exclusively as the home-wrecker who wrecked the home of his other home-wrecker wife (Note: Newt's track record with the ladies is epic) -- be such a major force in his bid for the White House? Why is she being touted as his possible "secret political weapon"? Could it be that the 22-years-younger little lady brings something fresh to his campaign?

Maybe if you're pushing 70, Mrs. Gingrich, who met her husband when she was still in her 20s, might seem vibrant. But have you seen her? The Times quotes Gingrich's inner circle fretting over Callista's "physical presence," a look that favors "platinum hair teased and sprayed, bold-colored suits accessorized by a triple strand of pearls or eye-popping diamond jewelry." If you're looking for the youth vote, Gingrich, keep looking. The frozen-faced Callista is a ringer for Cindy McCain, a woman a full dozen years her senior, yet she's only a year apart from Liz Phair. Liz Freaking Phair, people. I promise you this – Callista does not do the Dougie like Beyoncé.

Not everyone of our generation can easily rattle off where they were when they heard Kurt Cobain died, or debate the merits of "Fight Club" vs. "Reservoir Dogs," or reminisce about reading Factsheet 5 in some San Francisco coffee house. Many of the kids of the Reagan years went on to drink the ultra-conservative Kool Aid, never ventured to Burning Man, and are now in their 40s and busy ruining the economy. They eagerly accepted "Greed is good" as doctrine -- or simply grew out their mohawks and retired their Hammer pants.

Yet many of us, creaking into middle age though we are, remain radicalized by our increasingly distant youth. By the crap storm of Reagan and the AIDS epidemic and the devastation of the first Gulf War. By grunge and Janeane Garofalo and Usenet. I can accept that I'm a relic of an earlier era when I watch "Before Sunrise" with my daughters and they cannot fathom why those two crazy kids can't just email each other. I can grasp that being of the same era doesn't make people automatically have the same values; if that were the case, Gingrich and Iggy Pop would probably have more to say to each other. But I find it mind-boggling that the same year in American history that gave us Ad-Rock could produce a Callista Gingrich.

Every generation thinks it's going to be the one that changes the world. And every generation, in its way, does. Mine may forever be synonymous with slackers, but I still believe in its best side: in its droll skepticism of political B.S., in a youthful fury that resonated from the Berlin Wall to Tiananmen Square to Prague, in Surfer Rosa and Bill Hicks. And I can't help feeling a little sorry for – and a little scared of -- a Beltway blonde who somehow missed it all.