For only thousands of dollars, you can be the proud owner of the world's most ridiculed headgear 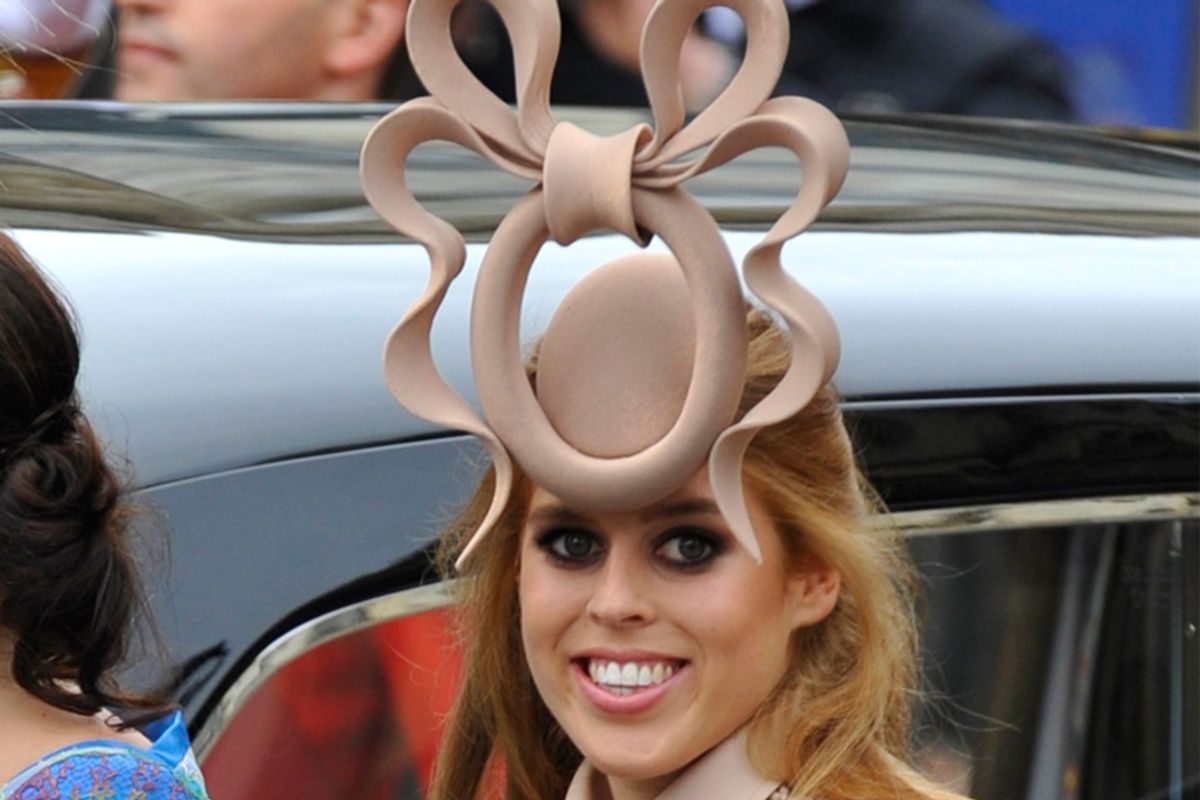 This kind of hat is called a fascinator, for obvious reasons.
--

After checking the Internet and discussing it with my cat, I think we can all agree that the best part of the royal wedding was the hats. So many hats! Posh Spice had a tiny hat! The queen wore a cake hat! Camilla put a pillow on her head and called it a day. If there was ever a cultural gap between us and the British, it would almost certainly be hidden under one of the royal family's gigantic headpieces.

Out of all the ridiculous headgear at the royal wedding, however, Princess Beatrice's took the prize for wackiness. Even Philip Treacy, the hat's designer, obviously felt a little bad about it, saying,  "Gorgeous and beautiful can be open to interpretation ... I thought they looked gorgeous and beautiful. But no one [Beatrice and family] is crying if anyone didn't."

And why should they? The hat has made Beatrice into something of a celebrity, becoming a meme the moment it hit the Net, and inspiring its own  Facebook fan page. Maybe that's what inspired her to put the hat up for auction on eBay, as her mother announced today on "Oprah." All the proceeds go to Unicef, which should make the fact that you just won the bidding for this $3,500 monstrosity go down a little smoother. Maybe you could prop it up with a broom and put it in your window to scare away burglars, à la "Home Alone"?