First it let you use proper nouns. Now the game is allowing made-up slang so you can get your triple word score 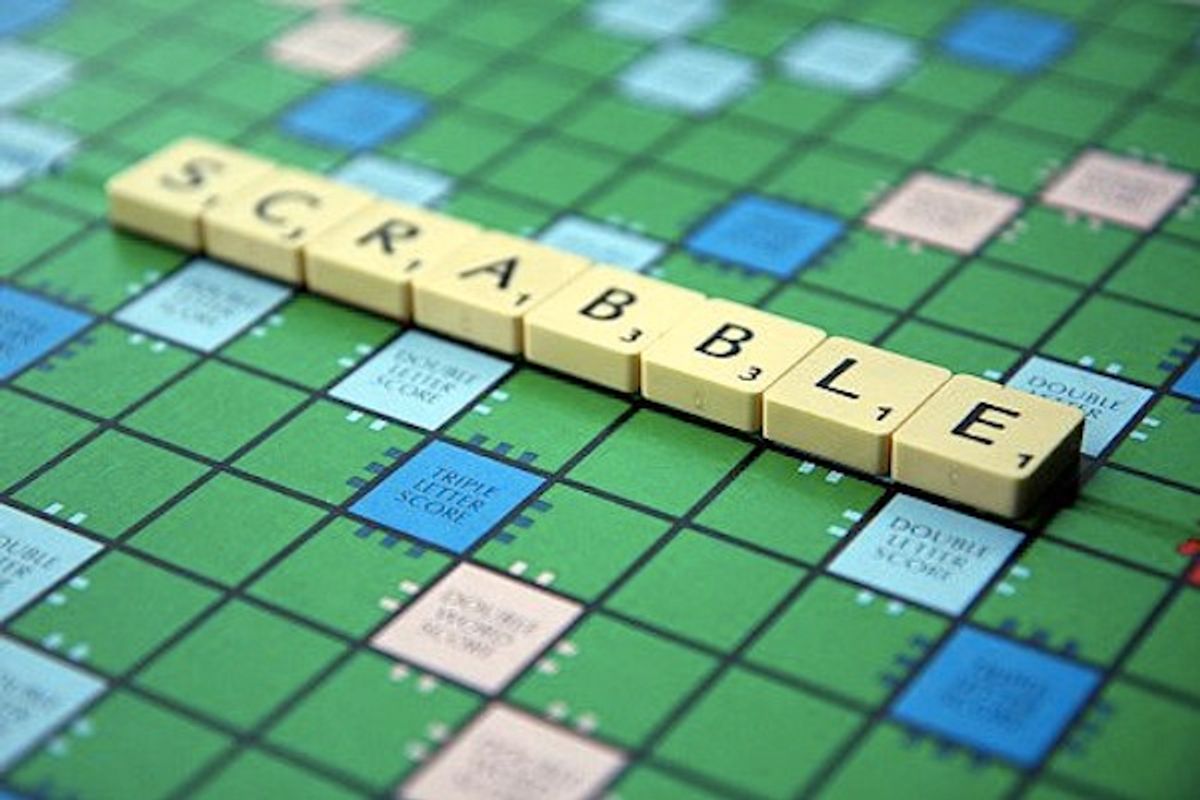 Scrabble is now a lawless game.
--

Scrabble has become the No. 1 non-video game for my generation. I have no idea why. People play it on their iPhones (where it's called Words With Friends), they play it in hipster bars, they can even play it on Facebook. Which may be why Mattel's Scrabble returned the favor by adding the social-networking site into its official dictionary for the game along with 3,000 other terms.* We're sure most of them are fine, but I can think of a couple of friends who are going to be pissed that slang words like Grrl, Grrrl, Thang, Innit, blingy, blook (it's a book published on a blog) and MySpace are now accepted.

This shouldn't surprise anyone who pays close attention to Scrabble news, as last year the whole concept of the game went down the crapper when Mattel's Scrabble announced that players would now be able to use proper nouns.  Oh, and according to the powers that be, there is no "hard and fast" rule over what constitutes a "name." So what's stopping me from saying "AAUEEET" (I always get the vowels) is my future son's name, just so I can get the bingo on a triple word score? Absolutely nothing. The game is basically anarchy now.

These additions are meant to attract younger children to the game, but it does so at the expense of, well, the point of the game. It's like deciding that chess is going to be played like checkers now, so more 5-year-olds can get in on the action.

In other news, "zen" and "squaw" continue to be unplayable, unless you claim that you have a friend named Zen.

*There is some debate about whether the rules in Mattel's authorized dictionary, "Collins Official Scrabble Words," will transfer over to America's rulebook, "The Official Scrabble Players Dictionary." The U.S. and Canada are the only two countries where the game is owned by Hasbro; in the rest of the world it's produced by Mattel, and the two conflicting Scrabble-approved dictionaries have led to debate over the discrepancies.