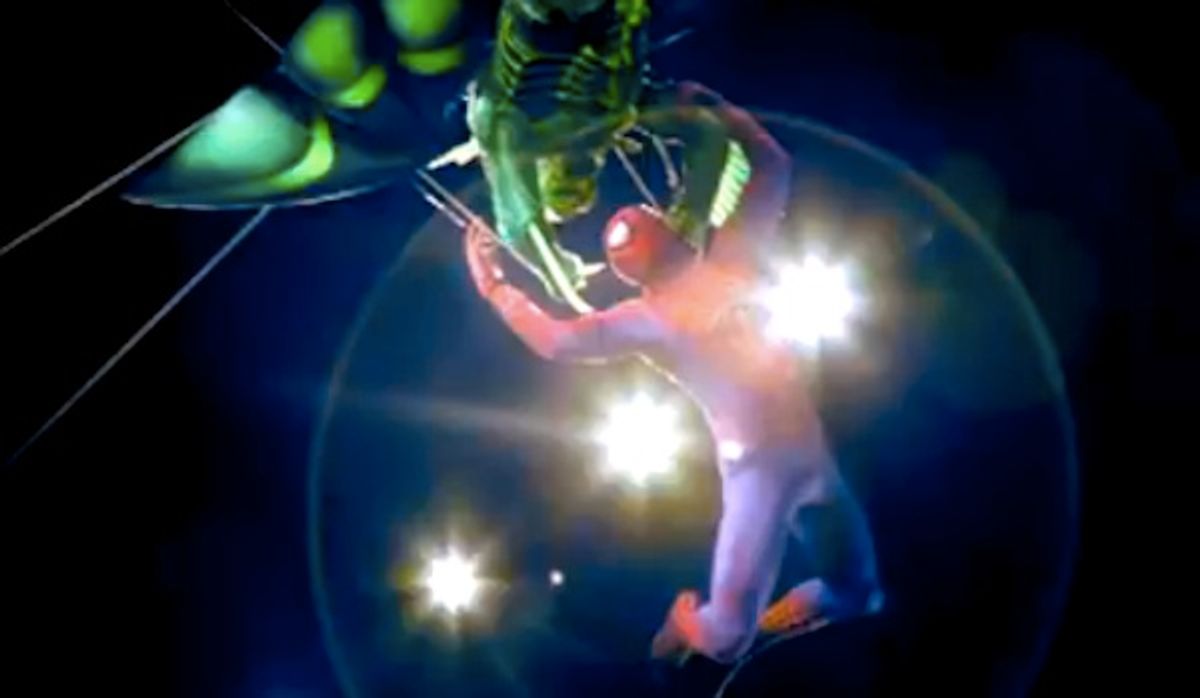 "Spider-Man" on Broadway: Now with a 50 percent mortality rate!
--

After booting Julie Taymor to the curb for never being able to get the juggernaut show past  previews, the producers of Broadway's "Spider-Man: Turn Off the Dark" spent another $5 million on the production for a complete overhaul. The new director, Philip William McKinley, was hired out of the circus, and now there are a bunch of new writers who actually know more about comic books than Wagner or Greek mythology.  So what can we expect with these differences?

Kind of looks the same, right? I mean, in terms of what counts: Despite the New York Times' claim that the show bears no resemblance to its former incarnation, I still see kids flying on wires, although the aerial hug-fight sequence with the Green Goblin is new. Also, there are five new flying scenes, as if the problem with Taymor's version was that there were too few chances for stunt doubles to plummet to the ground and suffer internal bleeding.

Still, this might just be savvy marketing, considering that half the people who bought "Spider-Man" preview tickets the first time around probably did so in the hopes that they'd have front-row seats to spectacular malpractice suits waiting to happen. Maybe "Spider-Man" can change its tag line to:  "Half as confusing as the original, with twice as many chances to call 911!"

I just hope for the sake of the cast that McKinley's circus training comes with a degree from Cirque du Soleil.