This week we're on the fence about soda shampoo, chinchillas in glasses and men in tiny hats 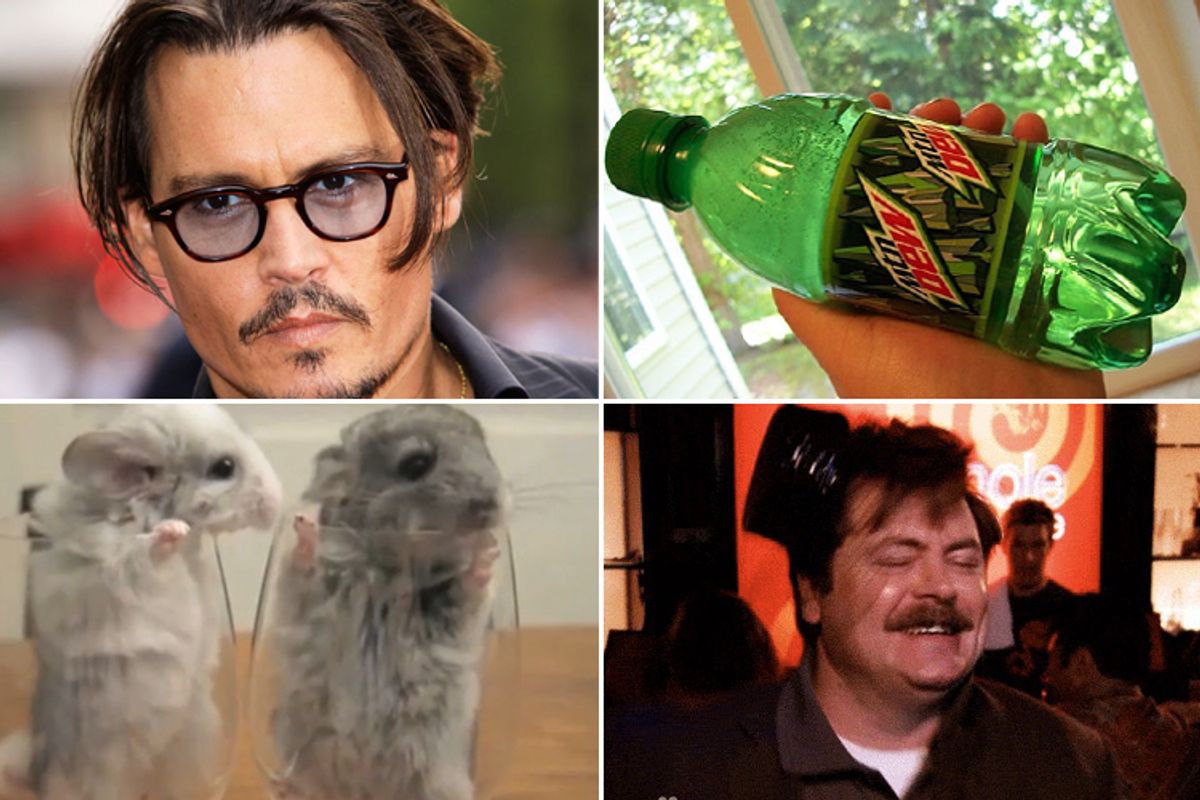 We've got a bad feeling about this.
--

It's Friday and the world might end next weekend. How do you want to have spent your second to last week? I hope you said, "Watching animal videos on YouTube and complaining about Johnny Depp ruining old movies," because I don't want to feel like I was alone on this.

This is how the world ends, folks, not with a whisper but with a "meh."

1. Corgi falls asleep in bucket, Internet melts: I'm a little concerned about how that dog got in the bucket in the first ... awww! Look at him sleep!

2. Britney Spears mentally incapable, according to parents: In her defense, Britney's done a great job of cleaning herself up, which is more than I can say for Lynn Spears.

3. Colonel-in-chief Sir Nils Olav, penguin: This isn't new, but did you know that there is a penguin in the Edinburgh Zoo who has more titles than half the British court? Kind of takes away the fun of actually being knighted, doesn’t it?

4. Johnny Depp is Nick Charles in "The Thin Man": It's officially time for Johnny Depp to take a vacation. Plus, who is going to fill Myrna Loy's shoes ... Angelina Jolie?

5. Ron Swanson drunk-dancing on the "Parks and Recreation" season finale:

Wearing a tiny hat, the staple accessory on NBC this season.

Goes perfectly with some fava beans and a nice chianti.

8. NASA sending squid into space to see if it glows: We cut funding for the alien telescope ray for this??

Maybe he and Charlie Sheen could start a Web show together.

10. Cat ears from Japan controlled by your brain:

So the Japanese have harnessed the power of telekinesis, and they're using it to make girls look like Hello Kitty? Man, is it Saturday yet, because I think I'm ready for the world to end.