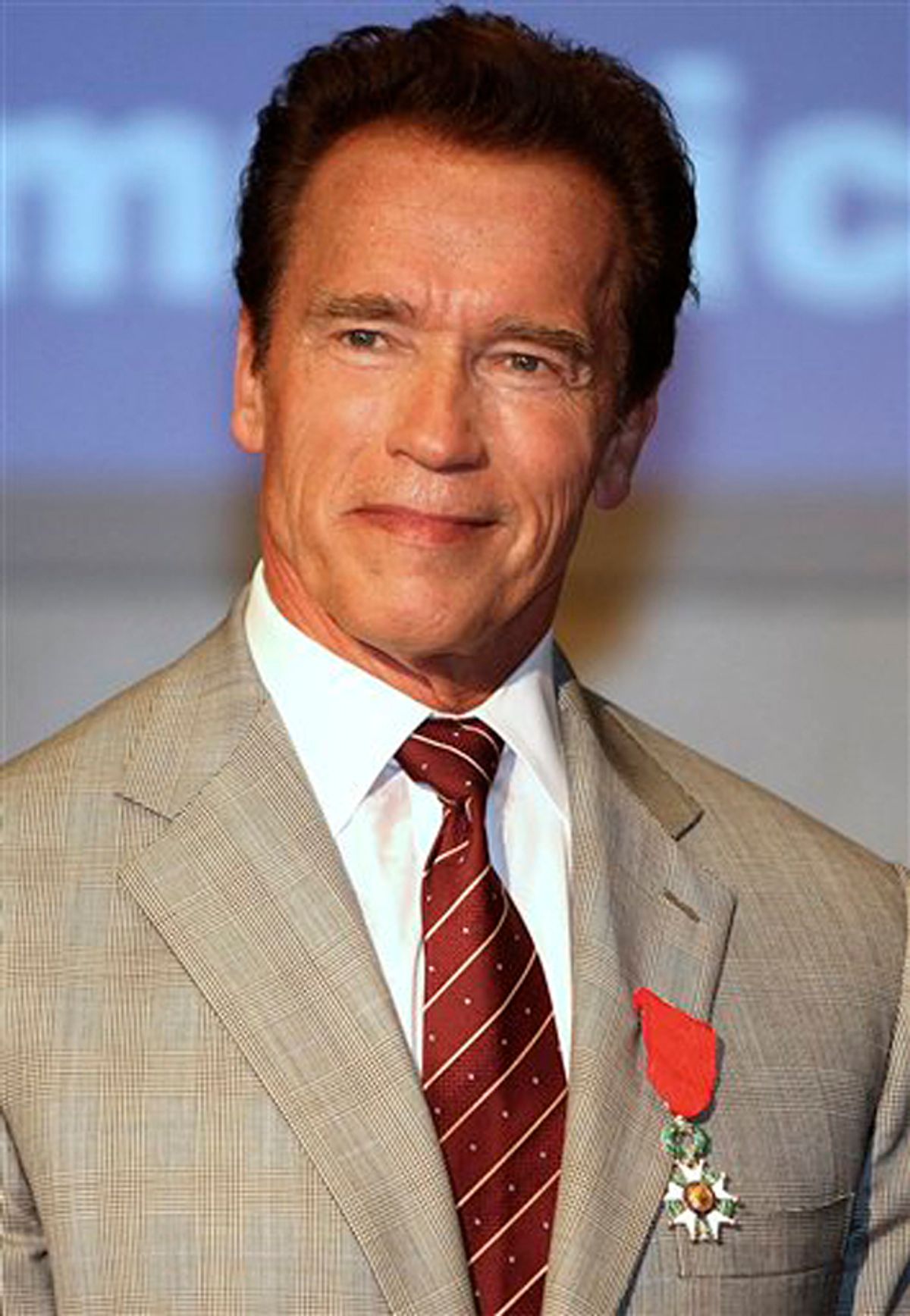 Austrian-American, actor and former California Governor Arnold Schwarzenegger, poses after receiving the insignia of Chevalier in the Order of the Legion of Honor during the MIPTV (International Television Programme Market), Monday, April 4, 2011, in Cannes, southern France. Arnold Schwarzenegger is back in Cannes for the first time in eight years to unveil a new international television series "The Governator". (AP Photo/Lionel Cironneau) (Lionel Cironneau)
--

When former California governor/"Kindergarten Cop" star Arnold Schwarzenegger and his wife, Maria Shriver, announced their separation last week after 25 years of marriage, the public speculation machine went into overdrive. And sure enough, on Monday,  Schwarzenegger confirmed to the Los Angeles Times that he had fathered a child with a member of his household staff.

"After leaving the governor's office I told my wife about this event, which occurred over a decade ago," Schwarzenegger said to the paper. "I understand and deserve the feelings of anger and disappointment among my friends and family. There are no excuses and I take full responsibility for the hurt I have caused. I have apologized to Maria, my children and my family. I am truly sorry."

Shortly before Schwarzenegger issued his statement, the woman, who was not identified by the paper and left her position in January, told its reporters that her former husband was the child's father. A source close to the family said that the ex-governor has supported the child financially from the start.

That's mighty nice of him -- a sense of duty reflected over 10 years ago, when his child was likely an infant, and the then-action star discussed what he referred to as "the parenting problem" with Salon. "The parents are the single most important influence on a child, followed by education and the peer group," he told Christina Valhouli. "The number of single parents in the U.S. has quadrupled since the '60s, and there has also been an increase in violence and school shootings. All that stuff has increased largely because of a lack of parenting, and many households only have one biological parent -- so many of them are fatherless. It really creates a big problem."

Fortunately for the young Schwarzenegger offspring, it appears the kid had the kind of stable nuclear family the Republican leader condones: a father figure, a biological father who secretly sent them money, and a mother who worked for the guy. You can see why, shortly before his move into politics, he was able to state with confidence, "To me, family has always been the basic foundation of everything ... Single parenting is a danger and that's what we have to avoid." See, it's OK, because Arnold and the staffer who had his child were married. He never specified it had to be to each other. And that's your family values, Schwarzenegger-style.