The 80s horror-comedy has a slick new look with Colin Farrell as a motorcycle-riding vamp. But does it miss the point? 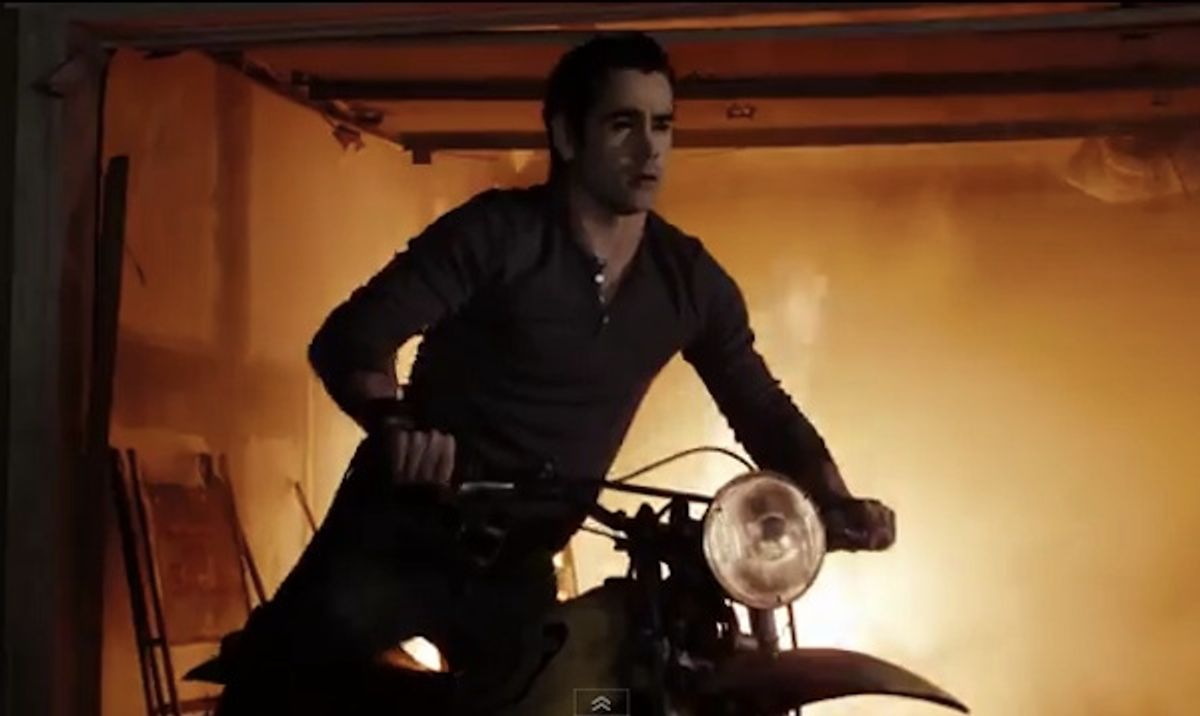 But does he sparkle in the sun?
--

When I was growing up, Tom Holland's "Fright Night" was one of the scariest movies I'd ever seen (along with "Return to Oz," which is a legit horror film and does not belong in the children's section). It was also one of the funniest, with Chris Sarandon as the suburban vampire-next-door, whose normalcy makes a perfect cover for his desire to eat people. Like Edward Herrmann in "Lost Boys," the vampire in "Fright Night" is a congenial neighbor who is attacked and destroyed after some punk kid discovers his secret. If only these guys looked like Edward Cullen instead of mid-life crisis vamps, maybe the whole narrative would be more sympathetic to them.

That might have been what the producers of the "Fright Night" remake had in mind when they cast smoking bad-boy Colin Farrell in the role of the bloodsucking neighbor Jerry instead of going with the original concept. Why hire a paunchy shmoe to play a vampire when he could be a gorgeous A-lister riding a motorcycle through an exploding garage?

Except that the whole tension and humor of the original "Fright Night" was predicated on that specific kind of 80s paranoia that told you, "That nice-looking man next door might be hiding bodies in the basement!"

That just doesn't work for this update, and doesn't even make that much sense. The moment Farrell zoomed into the gated suburbs with his Dukati and secret dungeon, the local Community Association would be all over him for noise violations. Plus, any guy who looks like that and buys a two-story in a subdivision to live in alone is going to have the Neighborhood Watch on him so fast he wouldn't have time to turn into a Hipster Bat. Or whatever it is vampires can do these days. Sparkle?

Sure, you can change "Fright Night" to be about a sexy vampire trying to destroy everything around him. But that's not the fun, campy movie that it takes its name from. "Fright Night" could have done itself a service by hiring an actor like Matthew Broderick or Bryan Cranston to play the innocuous demon.