Find out what happen when you combine the popular Facebook game FarmVille with unicorns, crystals and Lady Gaga 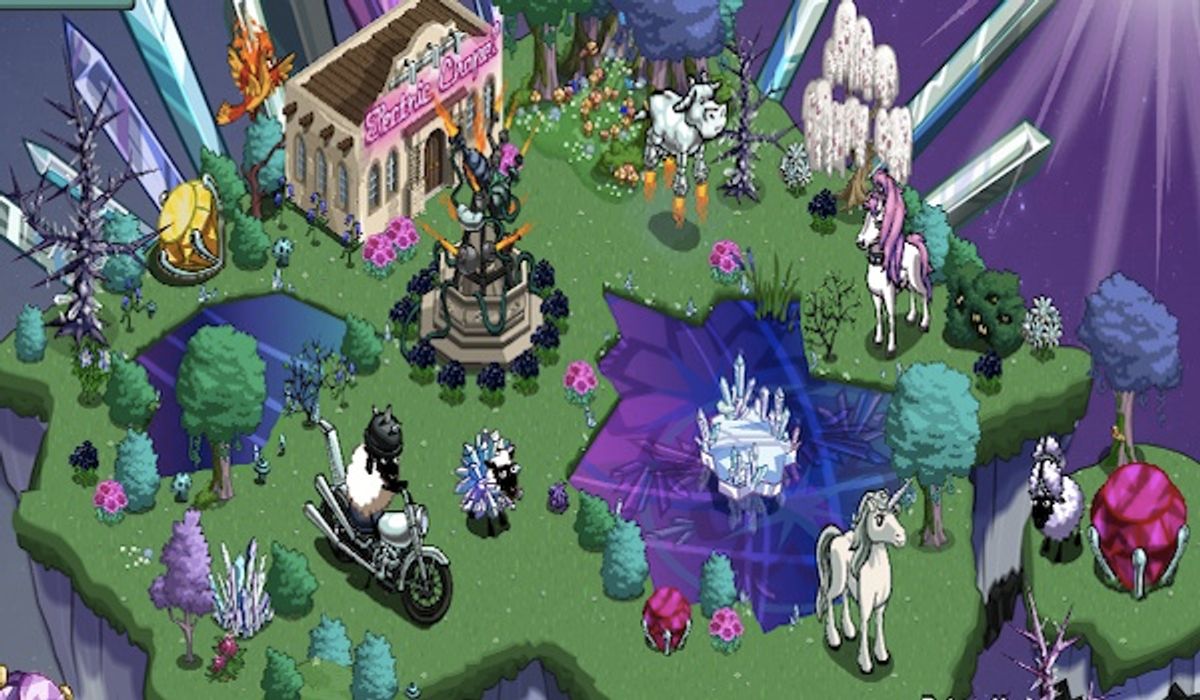 GagaVille: the most confusing place on Earth.
--

In one of the odder marketing strategies we've seen in a while, Lady Gaga is leaking tracks from her new album "Born This Way" through a farming social networking game on Facebook. In all fairness FarmVille is the most popular application on Mark Zuckerberg's site, with over 10 percent of users participating in the virtual crop-growing exercise. FarmVille is also available as an iPhone application, in case you want the experience of touching dirt from the comfort of your own smartphone.

Farmville basically works like an old-style Sims game: plow the land, get some coins for your avatar (or vice versa), trade them in for little gifts to make your pretend person happier, and forget what a soul-sucking existence you have while staring at a tiny screen. Oh! But in FarmVille you get to sync up your world with those of your friends, which explains all those annoying Facebook requests you get for the game.

So what does this have to do with Lady Gaga and this new GagaVille? And more important: What LSD-soaked imagination came up with this parallel universe, where instead of plants and animals your plot of land consists of sparkly unicorns, giant crystals jutting up from the earth, and something called "Fame Sheep"? TechCrunch gives a little bit of background on the partnership between Gaga, Clear Channel Radio and Zynga, the company behind FarmVille:

Well, that seems pretty straightforward ... until you start to play the game and forget how many motorcycles you need to grow in order to trade in your flying horse to stream "Electric Chapel."

Of course, if the thought of futzing around with My Little Ponies on mescaline seems like too much trouble to get Gaga's music, you can always just drop $25 on a Zynga gift card at Best Buy and get the album for free.

Clear Channel, FarmVille and Lady Gaga: I guess it does make some sort of twisted sense that these three megabrands would join up to create something that resembles a dream you might have after eating a chocolate burrito and taking two Ambien.

And in case you weren't confused enough, here's a promotional video Zynga made to honor the occasion. It's just as coherent as you'd expect. Enjoy!