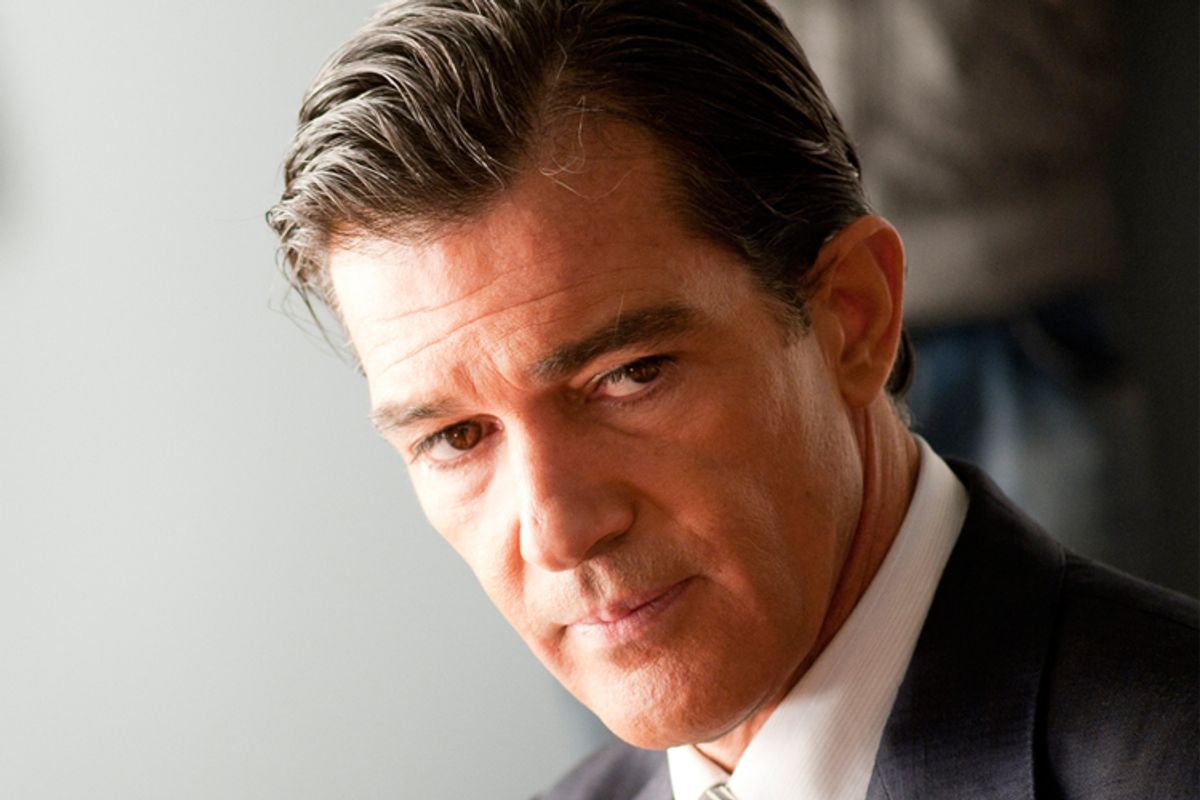 CANNES, France -- Women drive men crazy, and women are of course already crazy. And then there are the men driven crazy by their love of other men. Doesn't that more or less sum up the worldview of Pedro Almodóvar, the great Spanish cinematic showman and stylist, who seems to combine Luis Buñuel, Alfred Hitchcock and the spirit of 1940s Hollywood in one person, like a triune god of the movies? As almost the only film in the main Cannes competition that was absolutely guaranteed to be entertaining, as well as the last likely contender for the Palme d'Or, Almodóvar's twisty horror-thriller "The Skin I Live In" premiered on Thursday at an overstuffed press screening that filled the 2,300-seat Grand Théâtre Lumière right to the rafters. I found a seat in the far right upper reaches of the balcony and clung to it eagerly, while 30 or 40 people wandered through the area with increasingly hopeless expressions.

They don't sell popcorn at Cannes (in fact, you can't bring any food or drink into the auditorium), which is too bad, because "The Skin I Live In" delivers more of an old-school moviegoing experience than anything else here this year. It's recognizably an Almodóvar film from the first frames, when we see a mysterious beauty we'll later know as Vera (Elena Anaya) striking yoga poses while wearing an odd, flesh-colored body stocking. But "The Skin I Live In" is genre-movie Pedro, Hitchcock-en-español Pedro, a fair bit icier and less emotional than the female-centric melodramas he's made recently with Penélope Cruz. Another one-time Almodóvar muse, Antonio Banderas, who starred in "Matador" and "Law of Desire" way back when, has returned to the fold, this time playing Dr. Robert Ledgard, a sinister surgeon with a sleek Jean-Paul Gaultier wardrobe who has Vera locked in the basement.

We won't find out exactly who or what Vera is for some time, and I promise not to drop any major clues. But she's clearly the object of a Frankensteinian obsession, and the subject of experiments that Ledgard -- Almodóvar loves these pseudo-American names, which always sound borrowed from film noir or Douglas Sirk melodrama -- is performing with his super-strong, genetically engineered artificial skin. Despite their sadomasochistic relationship, or perhaps because of it, Vera seems to have fallen in love with Ledgard, and it seems that the coldblooded mad scientist has begun to reciprocate. That's when Zeca (Roberto Álamo), the thuggish son of Ledgard's housekeeper (Almodóvar regular Marisa Paredes), arrives on the scene -- and appears to recognize Vera as his former lover, although she can't remember him. That triggers a series of violent events and, more important, begins to unzip the past histories of all these characters.

If I were actually going to write a plot synopsis for "The Skin I Live In," I'd have to draw you a diagram, with arrows leading from 2012 (the film's present tense) back to 2000 and then to 2006 and back home again, with various stops in between. Whether it's a result of growing older or of his continuing fascination with Hollywood mysteries, Almodóvar has taken to using nested back-and-forth chronologies in almost every film, to illustrate how the ghosts in our past drive our actions in the future. Ledgard thinks of himself as a rational genius, a man of science, but he's blind to the fact that his misguided effort to build a new woman, as if from scratch, is the doomed legacy of unresolved traumas. (None of that comes close to any kind of spoiler, I promise.)

As I suggested earlier, I found "The Skin I Live In" a little short of emotional power, compared to, say, "Volver" and "Broken Embraces" and "All About My Mother." Banderas' character is elegantly portrayed but never remotely sympathetic, and Anaya, a dark-eyed, fragile beauty, is playing a woman who literally doesn't know who she is. A slim and handsome young actor named Jan Cornet is very good in a supporting role that I simply can't say anything about. (I promised!) All that said, this is one of Almodóvar's most cleverly plotted films; there was considerable oohing and ahhing -- along with some well-placed laughs -- in the Lumière as the full dimensions of Ledgard's diabolical scheme were laid bare. It's less a film you'll fall in love with than a film you'll tell your friends they absolutely must see, and that should be enough to make it a hit around the world.