This meme has everything: Bill Hader, nouns, verbs and a chance to entertain yourself till "Weekend Update" is on 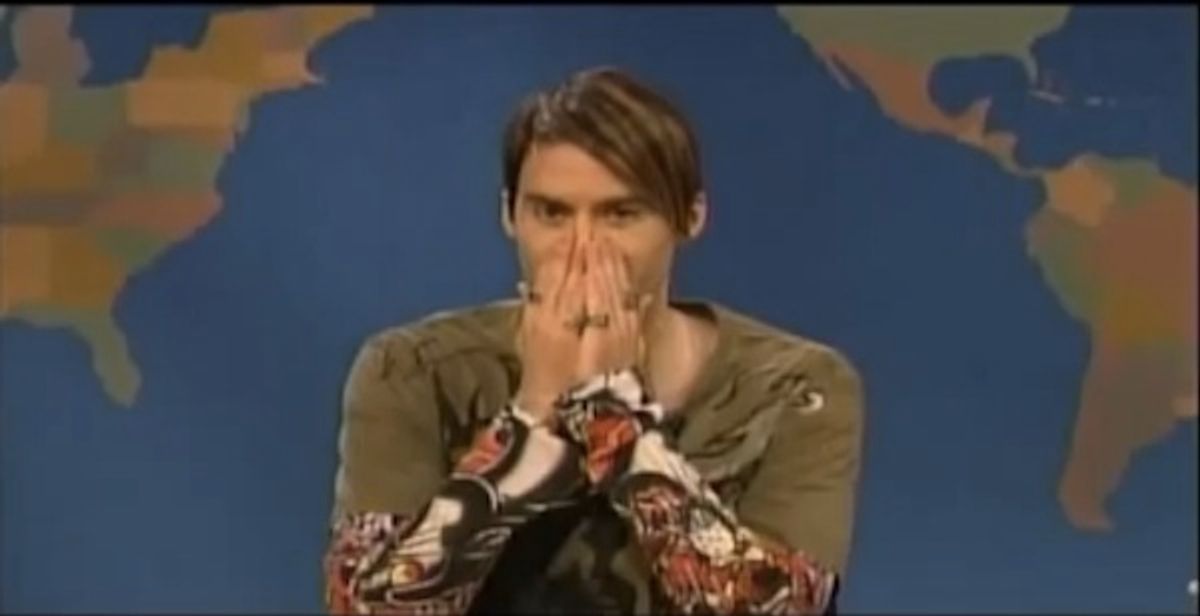 This season, the hottest character on "Saturday Night Live" is Stefon, Bill Hader's methed-up club promoter whose description of a good venue sounds like something out of a terrible fever dream. Hader's done several of these bits for "Weekend Update" and they haven't failed once, despite (or because of) the fact that the comedian can't keep a straight face while naming off some of the more ridiculous perks of the new locale.

The great thing about Stefon is that the format is always the same, with different adjectives and nouns substituted each week (and often changed last-minte during the live taping, which is why Hader keeps cracking up). This formula hasn't been lost on savvy audience members, and now there are not one, but two Stefon Mad Libs that you can play in the comfort of your very own home. Just put on your tightest, most sparkly shirt, comb your hair to one side, and practice saying "Yesyesyyesyes!" really fast to whatever question you're asked. Okay? Go!

The first Mad Libs is from Liana Maeby over at Crushable, who provides you with the context surrounding your nouns and adjectives for more coherent results:

The Stefonerator works more like a traditional Mad Libs, where you put down your answers before seeing the rest of the script, so the results can be somewhat nonsensical. But isn't that the point? Seth: So, Stefon, if someone is coming to the city and wants to have the full New York experience, where should they go?

Stefon: If you're looking for a wholesome vacation, look no further. New York's hottest club is ding-dong.

2-year old pecking Yugoslavian club promoter Dirk Terrific is back with a club that answers the question, SHIATSU?????!?!?

This club has everything: anesthesiologists, twine, James Cameron, a daycare center, battleships...

Seth: 'battleships'? What are those?

Stefon: Oh you know, it's that thing where associate professors have tuxedos and they sweat on ketchup packets and they whittle with their little pretty molars...

Seth: Okay, Stefon, we were looking for some fun activities that a mom, a dad, a grandma, grandpa and some kids could enjoy...

you, instead, took us on a tour of a coked-up gay candyland.

Seth: But I know that you honestly want people to have a good time, so you know what? I think we'll have you back!

Now it's your turn!