Would you live in a micro home?

The Cube is a living space with a low environmental impact. The downside: Not a lot of leg room 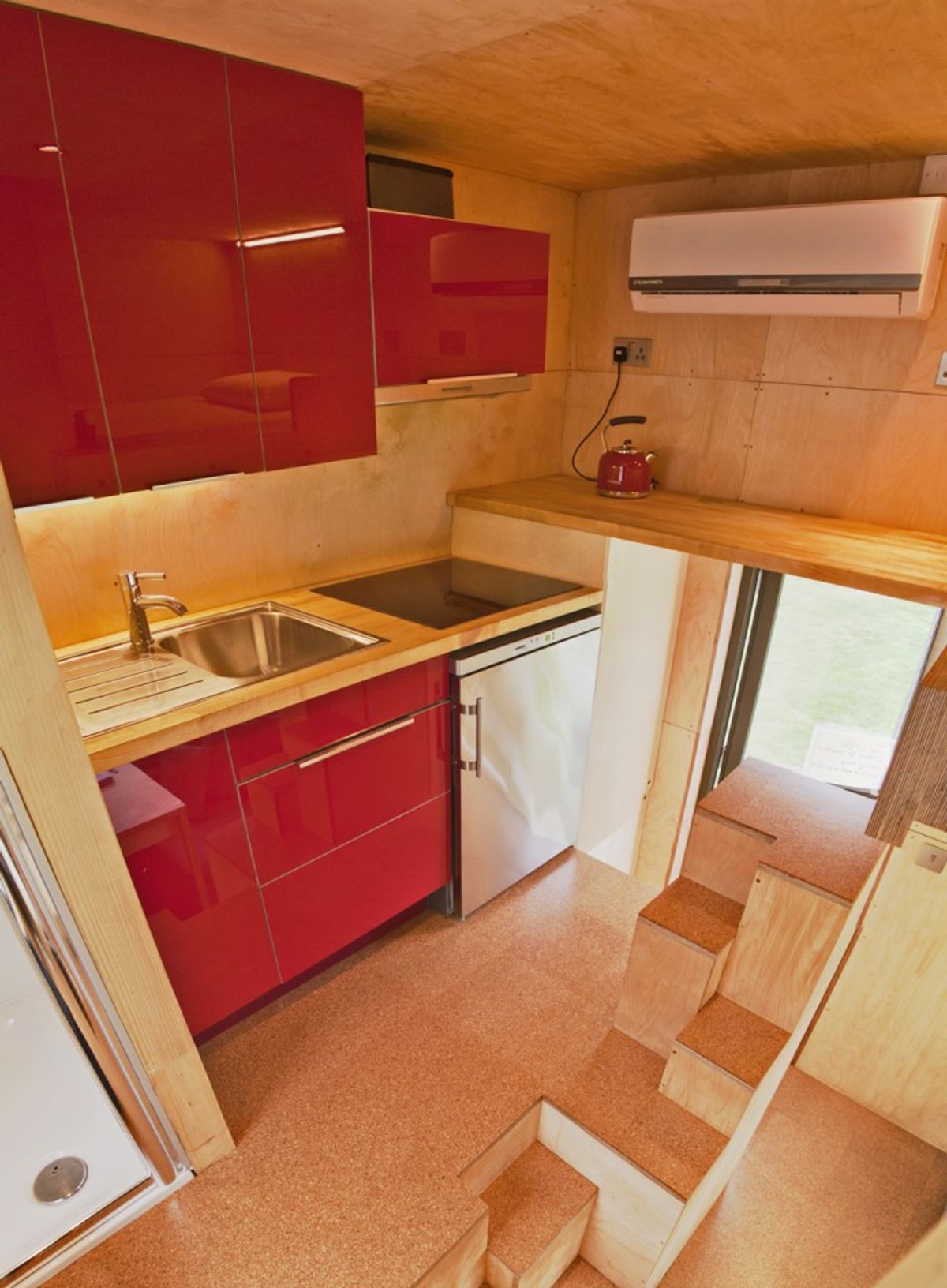 Mike Page is a professor at the School of Psychology of the University of Hertfordshire. But instead of spending his time writing papers on the study of the mind (well, he does that too), Page is using his degree to benefit the environment. The Cube Project  is his brainchild: a 27-cubic-meter home in which a person could live comfortably while leaving the smallest carbon footprint possible.

If this sounds like a trick study designed to test the affects of claustrophobia on environmentalists, Page's tour of the Cube shows it to be at least as chic and trendy as those trailers in Malibu that all the celebrities are buying up.

According to the project's website, the following features are available for your "micro home":

A lounge, with a table and two custom-made chairs, a small double bed (120cm wide), a full-size shower, a kitchen (with energy-efficient fridge, induction hob, re-circulating cooker hood, sink/drainer, combination microwave oven and storage cupboards), a washing machine, and a composting toilet. Lighting is achieved by ultra-efficient LED lights, and the Cube is heated using an Ecodan air-source heat pump, with heat being recovered from extracted air. It has cork flooring and there is two-metre head height throughout.

While micro homes are not a totally new phenomenon, we've yet to see them really catch on in the states. An mc-H (micro compact home) unit could run you $53,859.04 for the whole shebang, and that's not even including all of Page's extra amenities like heat pump or composting toilet.

It seems like an awful lot to be paying for such a small space, but could you see yourself moving into one of these homes of the future?