Graduation quotes for the new generation

It's time to stop using "The Graduate." Here are some cultural references that college kids can relate to 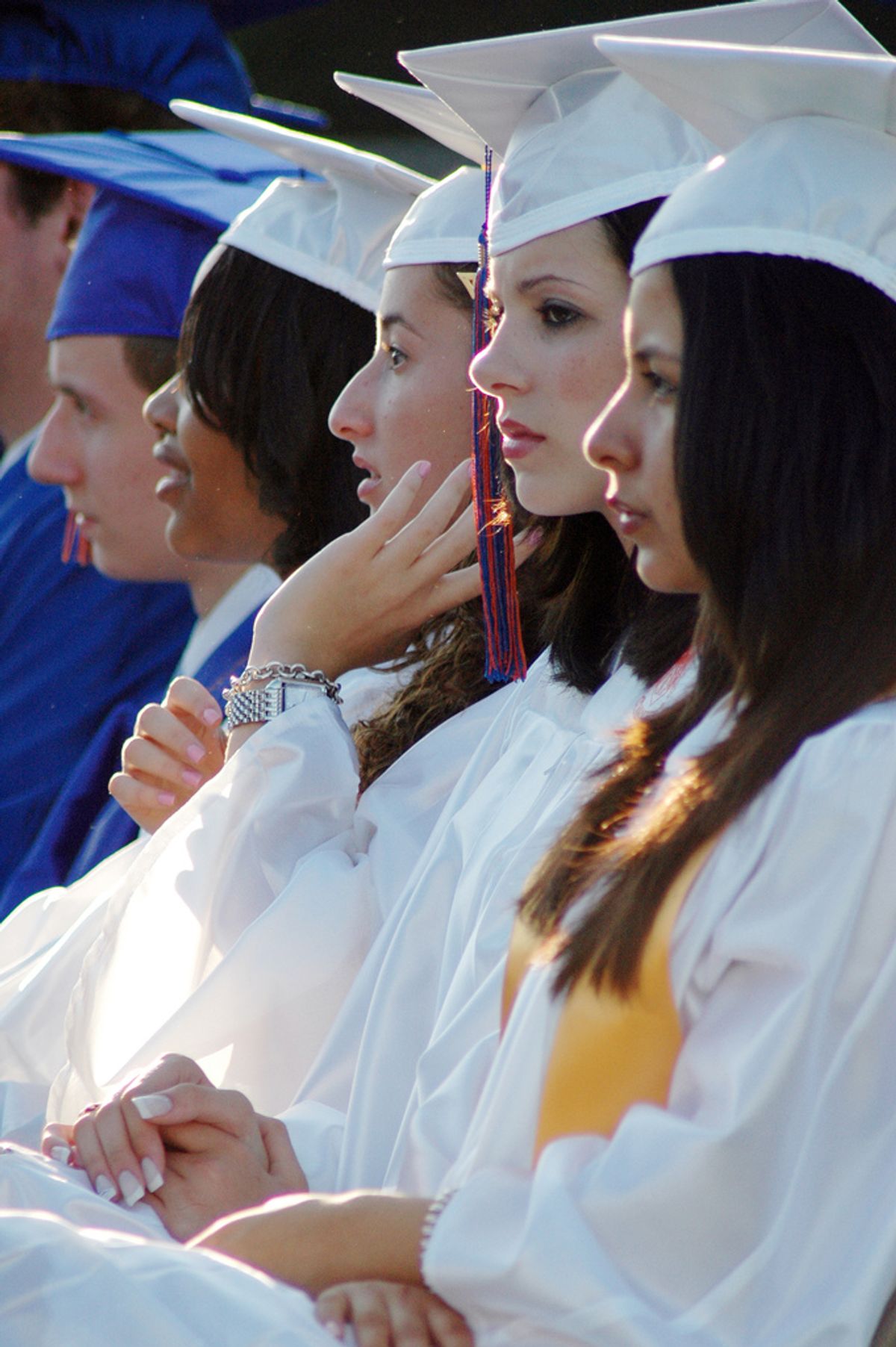 Speeches are boring. "Fight Club" quotes are not.
--

It's nearly the end of May, and across the country thousands of fresh-faced 20-somethings will be entering the workplace after years of toiling away at collegiate studies. I recently went to a commencement address for a family member and heard not one but two references to Dr. Seuss' "Oh the Places You'll Go!" In the same speech.

Sandwiched between these words of wisdom -- taken from a book designed for babies -- was the obligatory non sequitur from some faculty member attempting to explain why the advice of "Plastics" was so funny in the "The Graduate." Maybe it would have been less irritating if these  weren't the exact same two quotes I was preached when accepting my diploma. Isn't it about time we threw out these two clichéd references and updated them with some more applicable cultural dialogue?

This is why I've started peppering my commencement addresses with more "hip" movie lines to appeal to a younger audience. In case anyone wants to hire me to talk at next year's graduation, I have my list ready:*

2. (Point to someone in the audience, preferably in front row.) ''The leads are weak?' The fucking leads are weak?!?! You're weak. What's my name? I drove an eighty thousand dollar BMW. That's my name." Guys, this may sound harsh, but this is exactly what your first boss will sound like, especially if he's played by Alec Baldwin.

3. When in doubt, always remember the gospel of Matt Damon as he told off that douchey guy in a Harvard bar:

"In 50 years you're going start doing some thinking on your own and you're going to come up with the fact that there are two certainties in life: one, don't do that, and two, you dropped 150 grand on a fucking education you could have got for a dollar fifty in late charges at the public library."

(If this does not go over well, go to a backup "Good Will Hunting" quote: "How do you like dem apples?")

4. In Aaron Sorkin's "The Social Network," we are told a million dollars "isn't cool." It is followed up by the statement that what is actually cool is a billion dollars. I think that's something we can all agree is a sound life philosophy! (Pause for laughter.)

But also? How crazy is it that Mark Zuckerberg didn't even finish college? Turns out he didn't even need a degree to make those "cool" billions!

5. A young man named Peter Parker was once told, "With great power comes great responsibility." Well, the good news here is that as far as I know, not one student graduating today has been bit by a radioactive spider and subsequently turned into a superhero. So relax: as far as that 'personal responsibility' thing goes, it will most likely never come up in real life situations. I speak from experience.

6. In closing I say to you, graduates of Arizona State: "You are not a beautiful and unique snowflake. You are the same decaying organic matter as everyone else, and we are all part of the same compost pile." That's from Chuck Palahniuk's "Fight Club," and that's the real world people, so get used to it.

Also, it's a great film. Netflix it sometime.

*I also do Bar Mitzvahs.