Like many members of the political establishment, the NYT columnist hates debates and the common folk 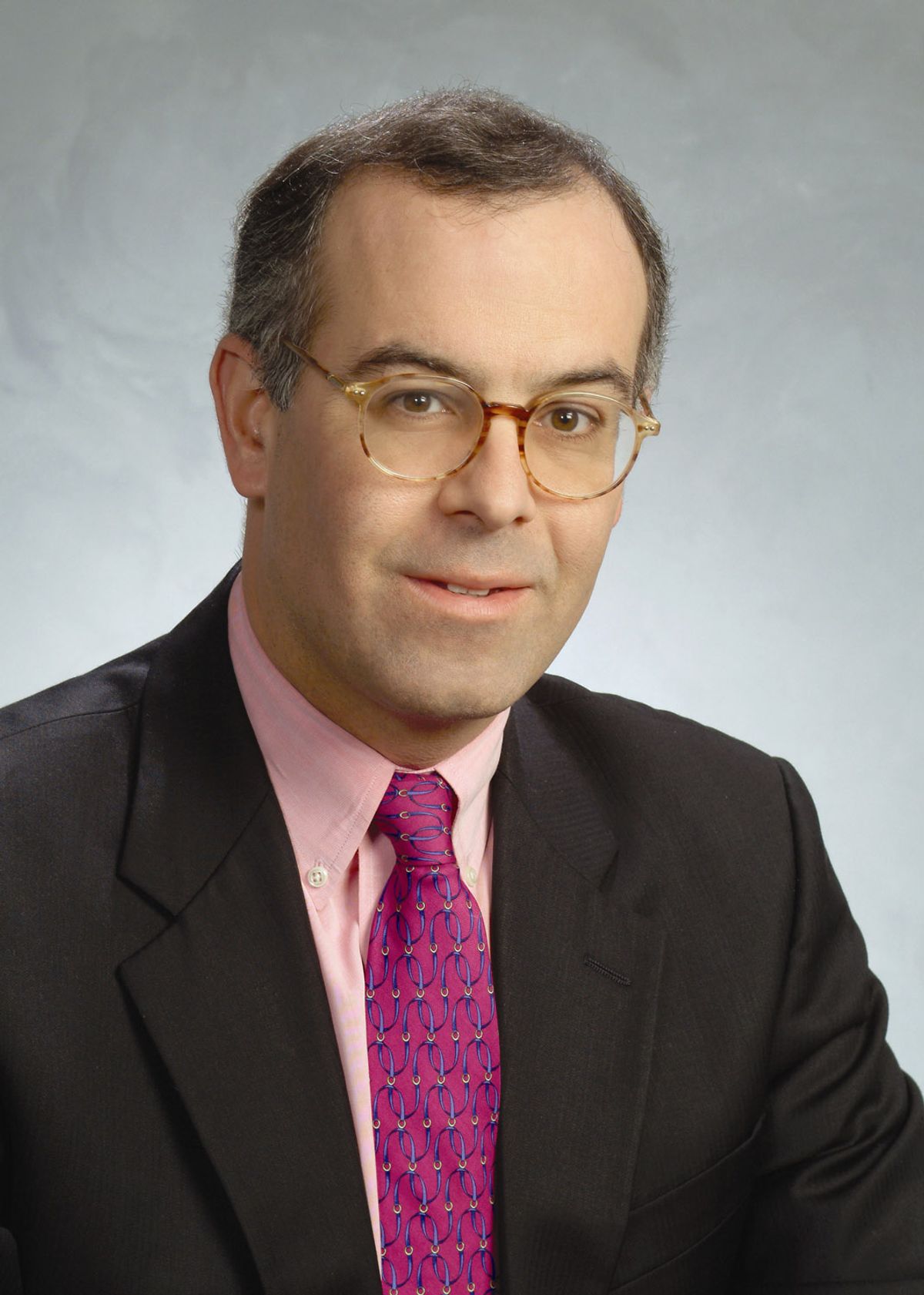 David Brooks flew to London so now he's an expert on British politics, and in his New York Times column this morning, he explains why "the British political system is basically functional while the American system is not."  Here's the crux of what makes their system so admirable in his eyes:

Britain is also blessed with a functioning political culture. It is dominated by people who live in London and who have often known each other since prep school. This makes it gossipy and often incestuous. But the plusses outweigh the minuses.

It has long been the supreme fantasy of establishment guardians in general, and David Brooks in particular, that American politics would be dominated by an incestuous, culturally homogeneous, superior elite "who live in [Washington] and who have often known each other since prep school."  And while these establishment guardians love to endlessly masquerade as spokespeople for the Ordinary American, what they most loathe is the interference by the dirty rabble in what should be their exclusive, harmonious club of political stewardship, where conflicts are amicably resolved by ladies and gentlemen of the highest breeding without any messy public conflict.

In the wake of the financial crisis of 2008, Brooks fondly recollected that "once, there was a financial elite in this country" -- "middle-aged men with names like Mellon and McCloy led Wall Street firms, corporate boards and white-shoe law firms and occasionally emerged to serve in government" -- but that glorious "cohesive financial elite began to fall apart" in the 1960s.  The 2008 financial crisis, celebrated Brooks, would lead to a rejuvenation of political power of "the sort that used to be wielded by the Mellons and Rockefellers and other rich men in private clubs" -- "unlimited authority to a small coterie of policy makers" that "does not rely on any system of checks and balances, but on the wisdom and public spiritedness of those in charge."  This would usher in "an era of the educated establishment."  "A new center and a new establishment is emerging," he gushed, one that will be disliked by liberals and conservatives alike; in other words, once you get rid of the commoners and the rambunctious ideologues, the somber, Serious elites will impose, with top-down magnanimity, true centrist wisdom (which just coincidentally happens to match the specific centrist-right views of David Brooks).

Brooks is widely loved by establishment figures because he thinks like them, speaks for them, and tirelessly defends their interests, most especially with this democracy-hating mindset.  The obvious flaw in his post-financial-crisis fantasy was that the near-economic-collapse was the direct result of the very council of oligarchical elites he yearned to empower ("the safe heads from the investment banks. . . people like [former Goldman CEO Hank] Paulson . . . [and former Goldman CEO] Robert Rubin") -- just as the architects and bipartisan cheerleaders of the Iraq War (prominently including Brooks) continue to wield Seriousness status and exert dominance over America's foreign and military policy.

But more generally, what Brooks so envies about British political culture -- a small, incestuous, aristocratic, homogenized group of trans-ideological elites harmoniously resolving their differences -- is exactly what already drives American policy and politics.  And that is what establishment spokespeople like Brooks always mean when they yearn for "bipartisanship":  wise old men getting together in secret and reaching agreements that exclude democratic debate and render irrelevant genuine differences among the citizenry.

Consider last week's non-public deal between Harry Reid and Mitch McConnell to extend the most controversial and abused provisions of the Patriot Act by four years without any reforms.  Here's how Associated Press described the impetus for that agreement:

The idea is to pass the extension with as little debate as possible to avoid a protracted and familiar argument over the expanded power the law gives to the government.

Similarly, the White House -- without a shred of democratic consent or Congressional debate -- was able to start a new war in Libya and fight it for more than the 60 days allowed (under the best case scenario) by the War Powers Resolution because the public is wary of the costs and purposes of that war, and unilateral presidential war-making avoids such messy debates, as one key member of the President's own party acknowledged:

Rep. Brad Sherman, D-California, told CNN before news of the letter broke that he believed Obama was trying to "bring democracy to Libya while shredding the Constitution of the United States" . . . . [Sherman] says congressional leaders in both parties are letting this go and shirking responsibility because they don't want to have to take a tough vote on whether to give the president authority for military action in Libya. "Americans are not of one mind on this, and some of my colleagues would just as soon not do their job because this is a difficult part of it," Sherman said.

When the President's Simpson-Bowles Deficit Commission -- the ultimate dream of bipartisanship fetishists and "centrist" (i.e., corporatist)-elite ideologues -- met to plot solutions to the nation's fiscal problems, they met in total secrecy, with the idea that they would unveil their majestic wisdom to the public and Congress would then simply enact it without any opportunity to change it.  The Federal Reserve has long managed America's economy in virtually complete darkness, and fought vehemently with the aid of establishment consensus to avoid even the most minimal transparency and audit, succeeding in avoiding all but the most watered-down version.  Most of what the U.S. Government does of any significance takes place behind closed doors: dominated by corporatist elites and their lobbyists (whom Brooks charmingly considers noble "experts") and away from the knowledge or involvement of the prying, ignorant masses; that, for instance, was how President Obama's health care legislation was actually shaped, and it's obviously how virtually all foreign policy is shaped and implemented.

Indeed, the Congress -- from top to bottom -- is now structured to avoid any actual democratic debate and instead ensures the resolution of all matters in secret.  In response to last night's 74-8 cloture vote on the Patriot Act, the always-superb, hyper-informed commenter pow wow -- in a comment that I highly recommend everyone read -- explained perfectly how this works.  Citing the joint efforts of both parties' leadership to block any debate over authorization of the war in Libya, he explained: "the Party (= fundraising) organizations and their leadership [] operate almost entirely off the public record and out of public view. Their objective at all times: avoid unpredictable democratic floor action, and the accountability of public debate."

It is true that public opinion very occasionally plays an important role in determining what happens in Washington (it sidetracked Bush's efforts to privatize Social Security, and is likely to prevent any serious dismantling of Medicare).  But that's what Brooks and his like-minded establishment mavens are angriest about:  that the ignorant, ignoble masses very periodically are able to prevent David Brooks' establishment political views from being implemented; that dreary problem would be solved by vesting all political power in "people who live in [Washington] and who have often known each other since prep school" -- and who think just like David Brooks.

One can debate whether that undemocratic model is desirable.  But what's not debatable is whether American political culture is already dominated by that model.  It plainly is.  And that's what explains most of what has happened -- and continues to happen -- to the country.

As for Brooks' idealization of British politics, I'll leave that to actual experts in British politics to address, but what I do know is that British political elites were every bit as deceitful in the run-up to the Iraq war as America's political and media class.  I'd assume, though, that Brooks -- in light of his own conduct -- does not consider that to be a negative and probably considers it a positive.


UPDATE:  In comments, spinozista points to this observation from Thomas Jefferson, in his 1824 letter to Henry Lee, that so perfectly captures David Brooks and his like-minded comrades:

Men by their constitutions are naturally divided into two parties: 1. Those who fear and distrust the people, and wish to draw all powers from them into the hands of the higher classes. 2. Those who identify themselves with the people, have confidence in them, cherish and consider them as the most honest and safe, although not the most wise depositary of the public interests. In every country these two parties exist, and in every one where they are free to think, speak, and write, they will declare themselves. Call them, therefore, Liberals and Serviles, Jacobins and Ultras, Whigs and Tories, Republicans and Federalists, Aristocrats and Democrats, or by whatever name you please, they are the same parties still and pursue the same object. The last one of Aristocrats and Democrats is the true one expressing the essence of all.

What I find most odious about Brooks and most of the members of the establishment media who think like him is not that they are in Jefferson's category (1) -- though they obviously are.  It's that they never stop insisting on the deceitful pretense that they're in category (2).

UPDATE II:  Someone who actually understands British politics -- this British journalist from the British newspaper Telegraph -- explains that Brooks has no idea what he's talking about.