Despite a copyright lawsuit over the ink on Ed Helms' face, the show will go on 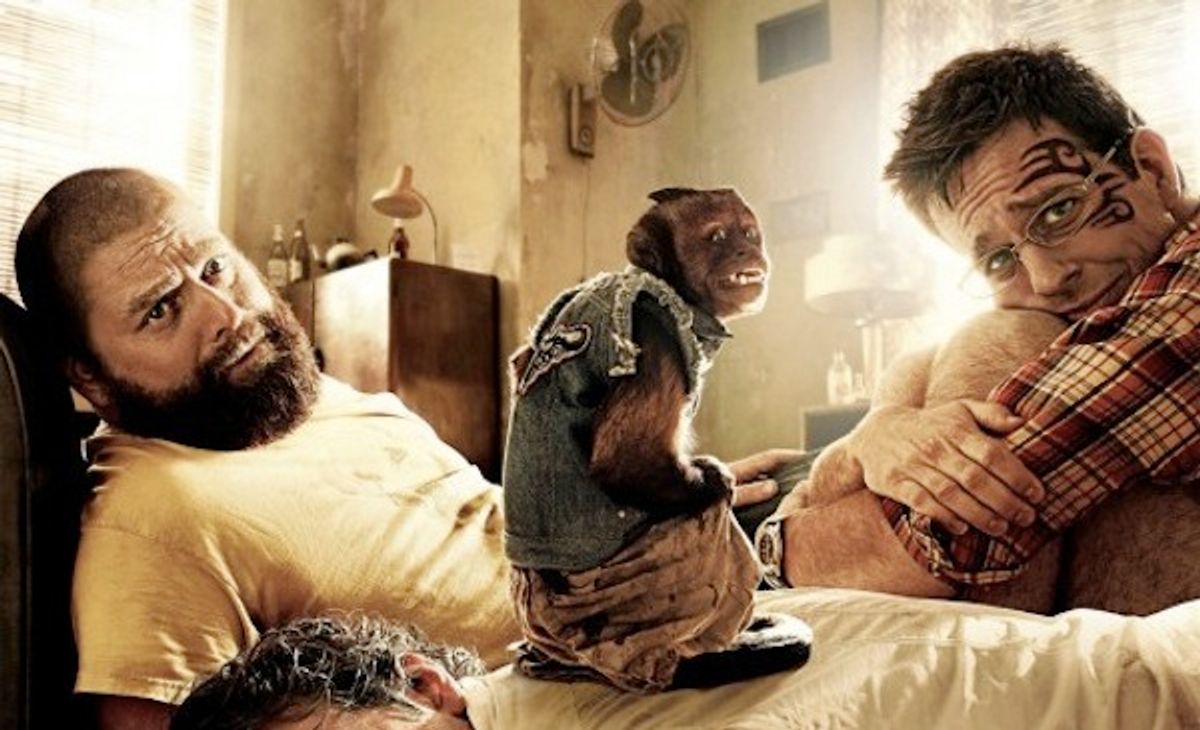 "The Hangover: Part II" premieres this week, despite an attempt at an injunction from the man who tattooed Mike Tyson's face in 2003. A federal judge ruled that S. Victor Whitmill could not stop Warner Bros. from releasing the film, despite the artist's claims that the movie infringed on his copyright of Tyson's facial tattoo. Warner Bros. claims the image falls under fair use.

In the sequel, Ed Helms' character, Stu, wakes up before his wedding with a design that is clearly supposed to be taken from Tyson's own tat (the boxer appears in both "The Hangover" and its sequel).

In case you haven't memorized what Mike Tyson's facial tattoo looks like, here is a refresher: The judge ruled that although Whitmill may have a copyright case, he couldn't delay the film's release, which Warner Bros. has already paid $80 million to promote. U.S. District Court Judge Catherine D. Perry did agree that Whitmill had a strong case, however, but that the film's delay would hurt third parties such as movie theaters and distributors.

It will be interesting to see how this case plays out when Whitmill sues, since we will finally find out if a tattoo can be copyrighted, whether or not it's considered "art" (your parents certainly don't think so), and if it is, who owns it: the person whose skin the tattoo is on, or the person who actually created the tattoo? According to Whitmill's lawyers, The lawsuit isn't about Tyson at all:

But if Tyson willingly agreed to be in the movie, and the tattoo on Helms' face is a reference to Tyson's character, then is it actually "separate and apart" from Tyson's image?