The comedian and actress wants you to remember one thing: Everything you see in movies is real 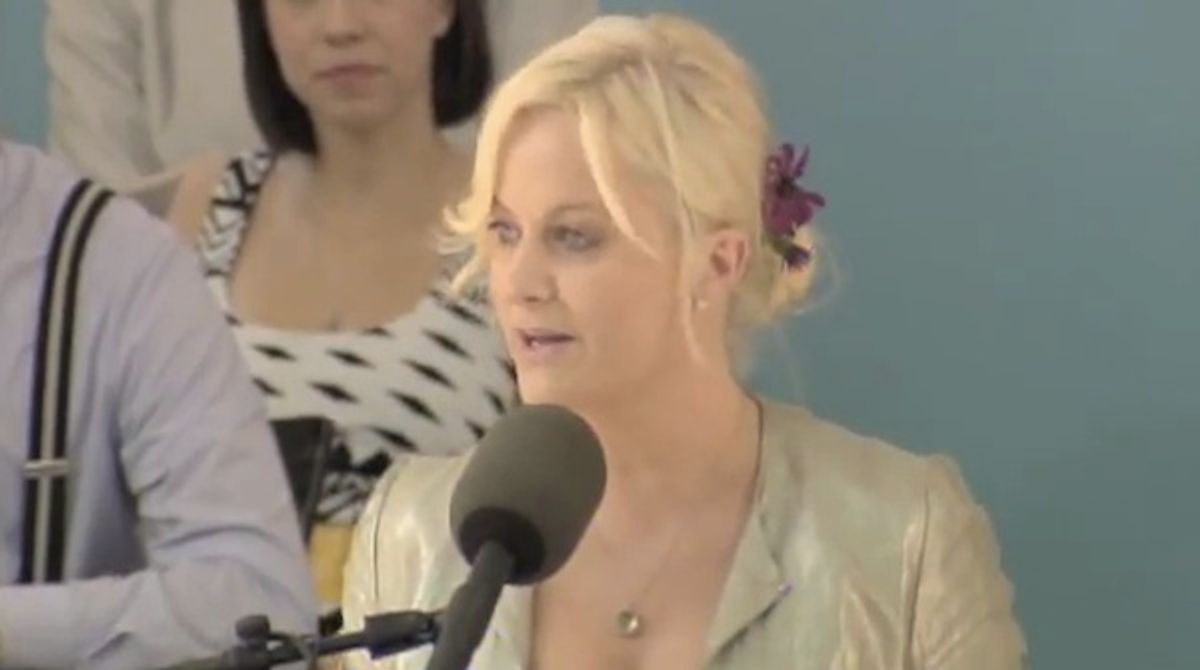 After writing a piece on funny movie quotes to use at college commencements, I was called by an official-sounding person on the telephone and asked what qualities make for a good graduation speaker. I guess because I can recite dialogue from "Good Will Hunting" and "Spider-Man," I am now an expert on these things.

But I did point to Harvard's Class Day Committee as having a good track record for picking great speakers. Between Ali G. , Conan O'Brien and Will Ferrell, this Ivy League knows how to keep young adults in their seats and not fidgeting. Graduating students want to witness a living legend, yes, but they also want to be entertained. Too often schools pick someone important or famous without considering whether or not they will be able to translate their years of wisdom and experience into something graduates will absorb. With the assumption that actions speak louder than words, graduation committees often forget that when it comes to speeches, it's actually the other way around.

Amy Poehler, who spoke at Harvard's graduation this year, gave a great address. She didn't try to tell the students of 2011 that the future rests on their shoulders the moment they throw their caps in the air (a terrifying thought to someone leaving school without a job lined up), or that she had any magic advice that was going to apply to every one of the people listening in the audience. In fact, when she tried to talk about "the recent tensions between oil traders and regulators of the Commodity Futures Trading Commission" she could barely get through the sentence without cracking up.

Instead, Amy Poehler did what she does best, which is to be funny and sincere at the same time.

If there's one thing to take away from Amy's speech, it's this: "You can't do it alone; be open to collaboration. Other people's ideas are much better than your own." (How many Harvard grads do you think have been told that in their lives?) But it's not a bad thing, as she says, "That should make you feel less scared, and less alone."

So, teamwork: advice that is practical, earnest and isn't some vague metaphor involving "the magical things you can do with that ball will make you the winning-est winner of all."

Also, she totally stole my "Good Will Hunting" idea. But that's OK, Amy. I also believe everything in movies is real.