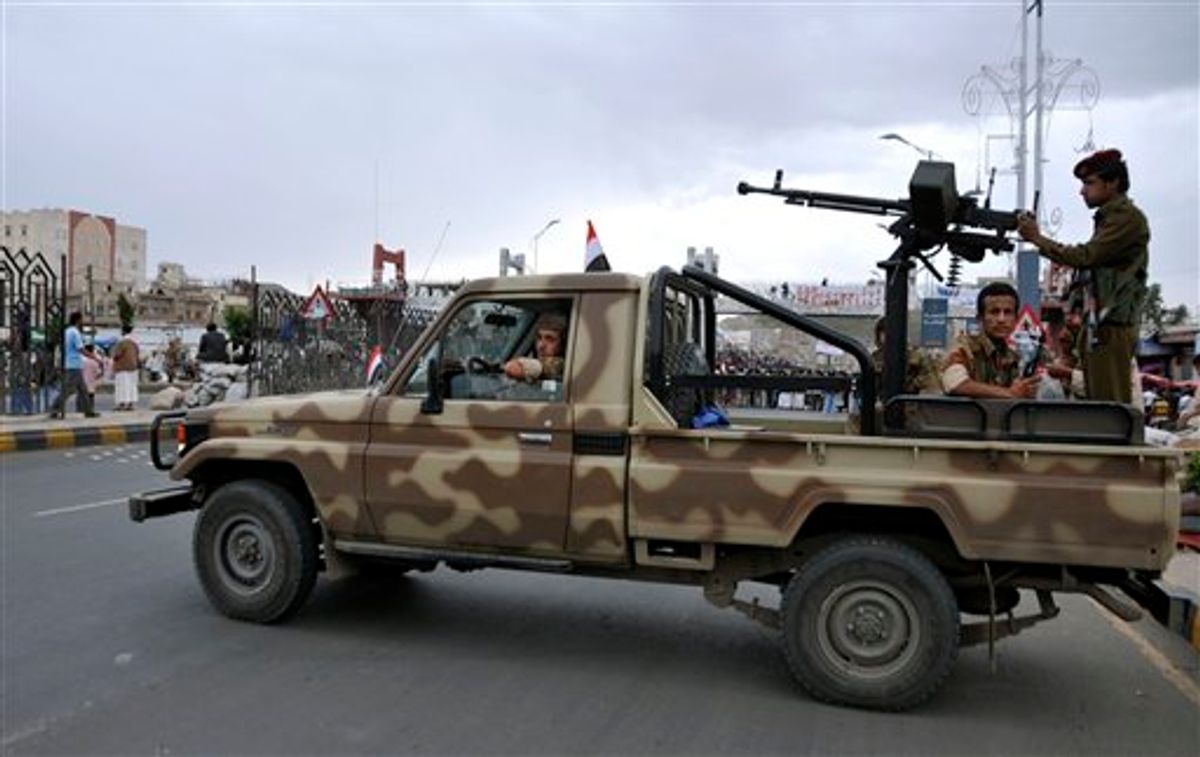 Yemeni army soldiers seen in their vehicle on guard at a checkpoint in Sanaa, Yemen, Wednesday, May 25, 2011. Yemen's embattled President Ali Abdullah Saleh issued messages of hard-line defiance Wednesday even as intense battles raged in the heart of the capital for a third day, saying he will not step down or allow the country to become a "failed state." (AP Photo/Mohammed Al-Sayaghi) (AP)
--

Yemen's Defense Ministry says 28 have been killed in an explosion at a weapons storage facility in western Sanaa.

The opposition, however, disputes the government's account and says the latest deaths occurred early Thursday during heavy shelling of a residential area by troops loyal to Yemen's embattled President Ali Abdullah Saleh.

Government troops have clashed with fighters led by Yemen's most powerful tribe for four straight days. The latest deaths bring the toll to at least 109 killed.

The battles broke out Monday after Saleh's troops tried to storm the compound of Sheik Sadeq al-Ahmar, the leader of the largest tribe, called the Hashid.

Al-Ahmar's forces have laid siege to at least nine government ministries and government troops have responded with shelling on al-Ahmar's compound in the heart of Yemen's capital.

On Thursday, Yemeni authorities escalated its campaign against al-Ahmar by issuing an arrest warrant against him and other tribal leaders.