Mickey pulls out of the patent process to trademark the famed squad that killed Osama, but is the merch dream dead? 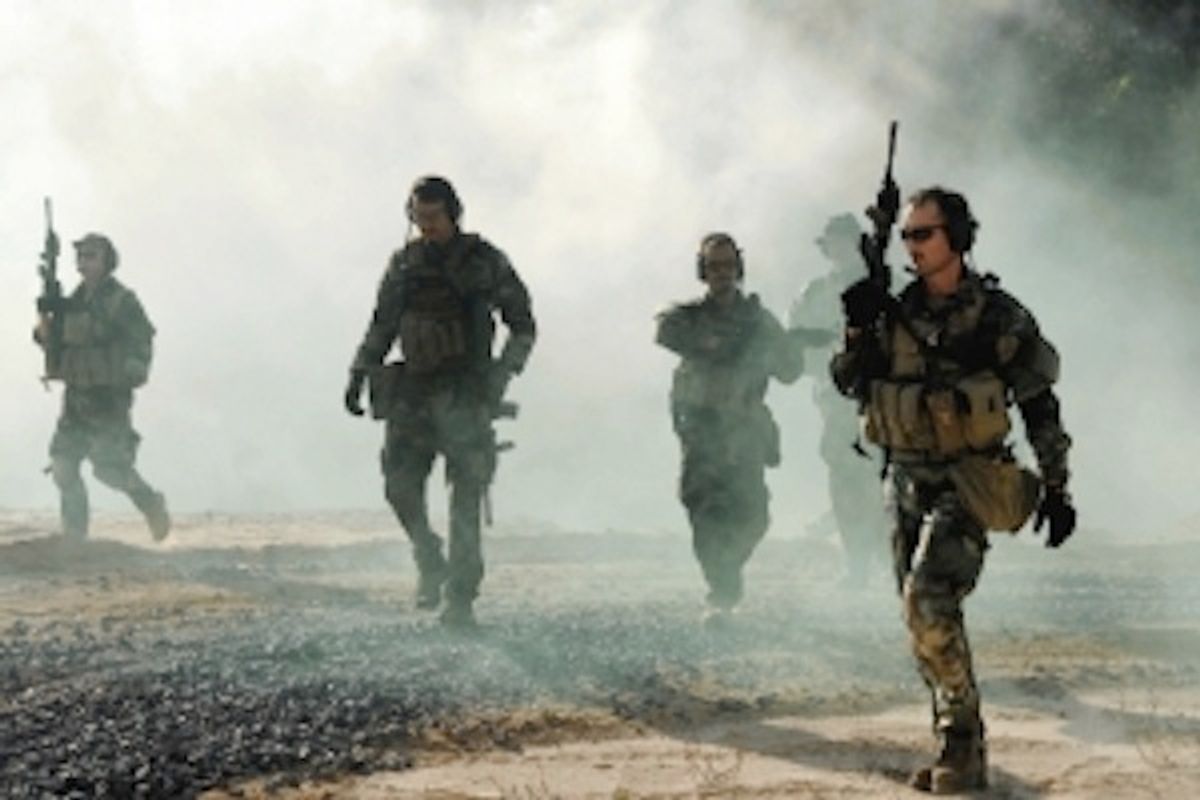 In a gracious move this week, Disney bowed out of trying to trademark the term "SEAL Team 6" -- the military group that killed Osama bin Laden -- for merchandizing opportunities. A shame, because I was really looking forward to seeing what kind of themed ride they were going to create at Epcot for this.

Disney's intentions were misunderstood, according to a person familiar with the entertainment company's plans. Disney, which owns the ABC television network, is considering a TV show about the elite squad, similar to other fictional dramas about real-life arms of the military, such as "NCIS" and "JAG."

Plans for Disney's SEALs show remain tentative, the person familiar with the matter said. The other potential uses listed on the application didn't necessarily reflect products the company intended to create, this person said.

Good for Disney for realizing that it's probably crass to try to trademark SEAL Team 6 for snow globes and a new character named Navy the SEAL (he's a giant seal) posing for pictures with the kids in the Magic Kingdom.

And hey, if they wanted to create a TV show about the U.S. Navy SEALS, Disney could just pick another number! SEAL Team 8, SEAL Team 4, SEAL Team 11; with the country's current obsession with the elite military squad, there's limitless possibilities to what this TV show could be about.

I'm seeing "24" meets "The A-Team," with high-stakes adventures every week. What's more, you'd think that associating this show with the death of Osama bin Laden would be the worst kind of P.R. for a pilot; after all, where could SEAL Team 14 go from that event? Back in time to kill Hitler?