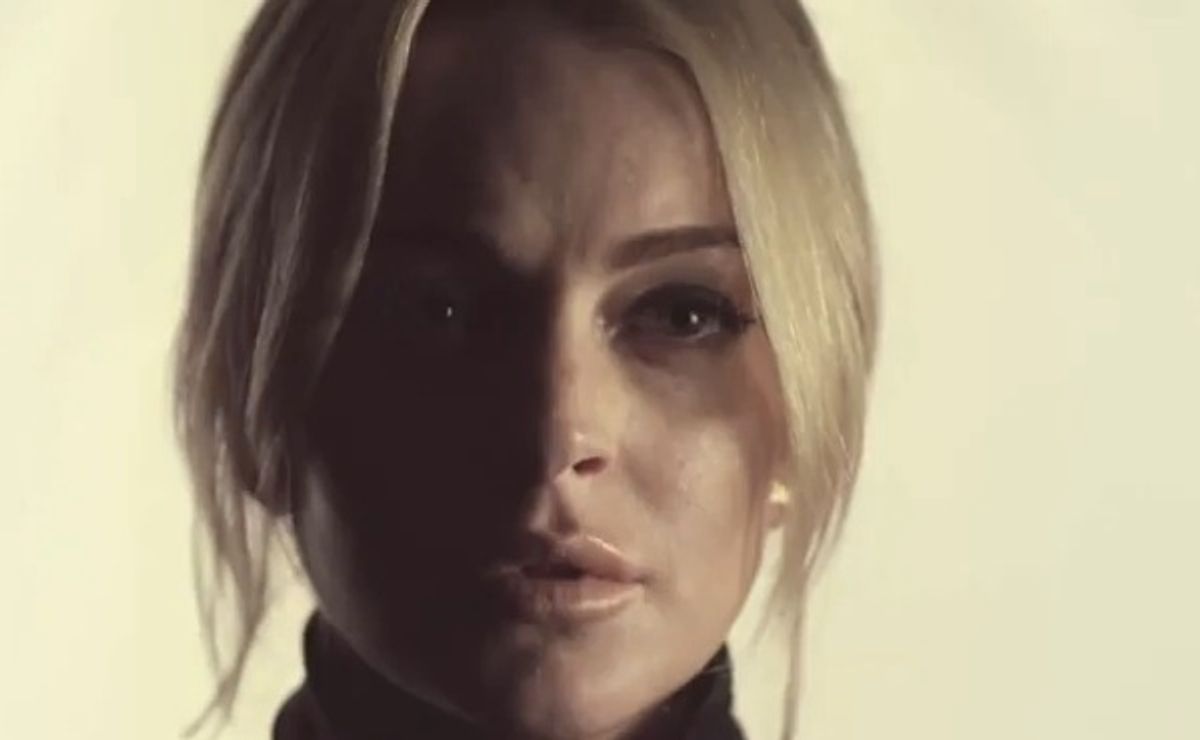 It's been awhile since Lindsay Lohan made a film, so we're glad to see she's getting work again, especially in something so classy as a video installation at the prestigious Gagosian Gallery. Richard Phillips directs a 1 1/2minute vehicle for Lindsay that perfectly showcases the actress' ability to open and close her mouth like a fish, as well as pout her way through a perfume commercial. It's called "Linsay Lohan."

Look at the ocean Lindsay! Now look at the camera! Now you're in a pool! But you're watching a video of yourself! Open your mouth! Turtleneck! Close your mouth! You're a monkey, Derek! ("Zoolander," 1999.) Very good job. Very meta. She makes James Franco look like an amateur.

The video was released on the Internet yesterday, which coincides with Lindsay taking a nice, relaxing vacation for 35 days inside her California pad, where she's been sentenced to house arrest for stealing a $2,500 necklace straight out of a store. She has to wear an ankle bracelet again, which at this point is probably leaving a permanent tan line. Maybe Phillips can work that into his next artistic collaboration with Lindsay?