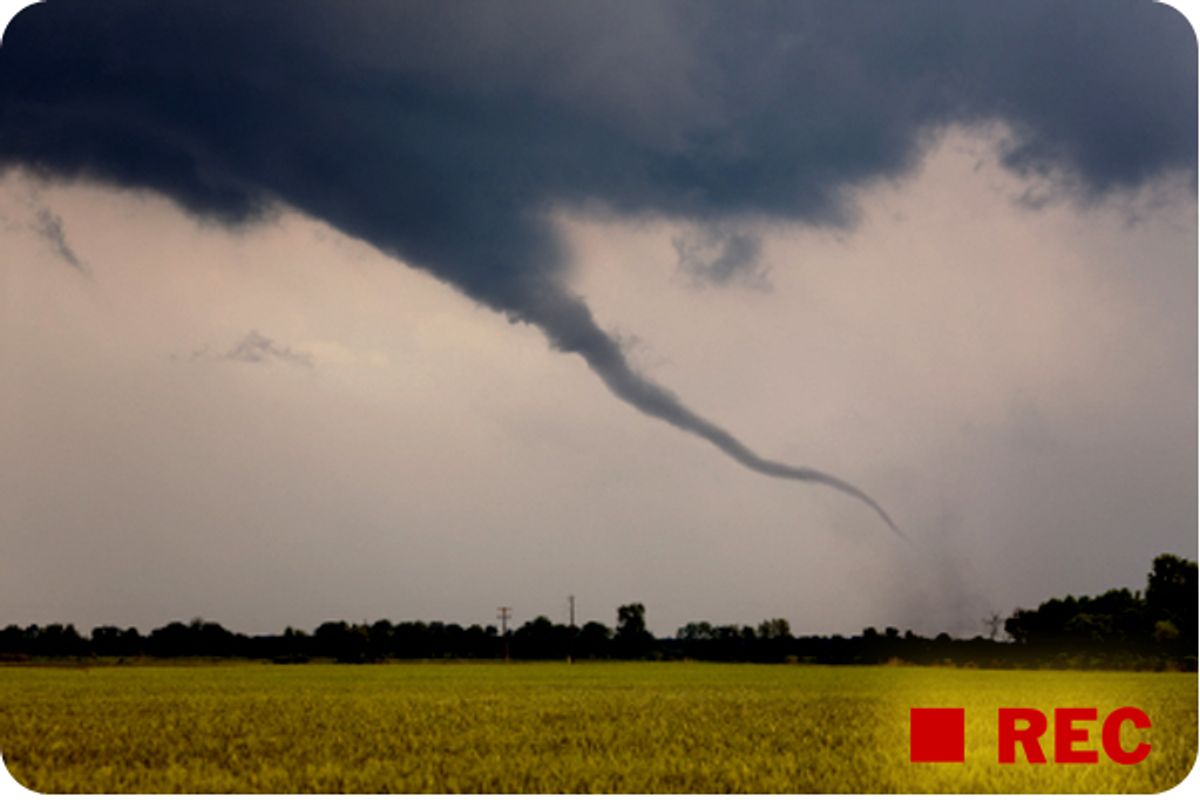 Famed war photographer Robert Capa once said, "If your photographs aren't good enough, you aren't close enough." But in the age of YouTube, the competition to be closest can be deadly.

In the wake of an unprecedented series of devastating storms that have roared across the country these past few weeks, weather reporters and storm chasers have been scrambling to capture the most dramatic footage. Mainstream outlets like CNN, the Weather Channel and Time have been snapping up raw footage from the heart of the storms, and sites like tornadovideos.net have been teeming with new videos lately, uploaded faster than a tornado can rip through a town – and racking up thousands of hits. As 25-year-old amateur videographer Scott Peake told a Texas news station earlier this week, "I think it's awesome when the video goes viral.... I just want to see a great tornado." Are Peake and his fellow filmers latter day documentarians, bravely diving in to chronicle what so many others are desperately fleeing? Or are they just nuts?

In addition to a spawning a plethora of jaw dropping videos, the deadliest storm season in decades has also killed over 500 people and left more still missing – and it's not over yet. Dying from a natural disaster is terrible. Dying for a meme is eminently preventable.

The relentless pursuit of ever more GRAPHIC SHOCKING INCREDIBLE AMAZING!!!!!!!! imagery has long held fascination. There's undoubtedly something about intense images of brutal fury that's powerful and humbling. We share, because we want the world to see. And we watch, in stunned fascination, as devastation rips through the land, because we want to understand. But there is also something about the act of documenting an experience that can create the illusion of detachment from it.

It's easy – and horrifyingly dangerous – to forget that filming an event doesn't make one impervious to being affected by it. There's a world of difference between a seasoned storm chaser bringing news and necessary warning from the front lines and an amateur plunging into the storm, simply hoping to go viral. Robert Capa knew that – he shot because he had a passion for the stories he wanted to tell. And he died when he stepped on a land mine on a battlefield in Indochina, his camera in his hand.