Obama chooses Dempsey to be next Joint Chiefs head 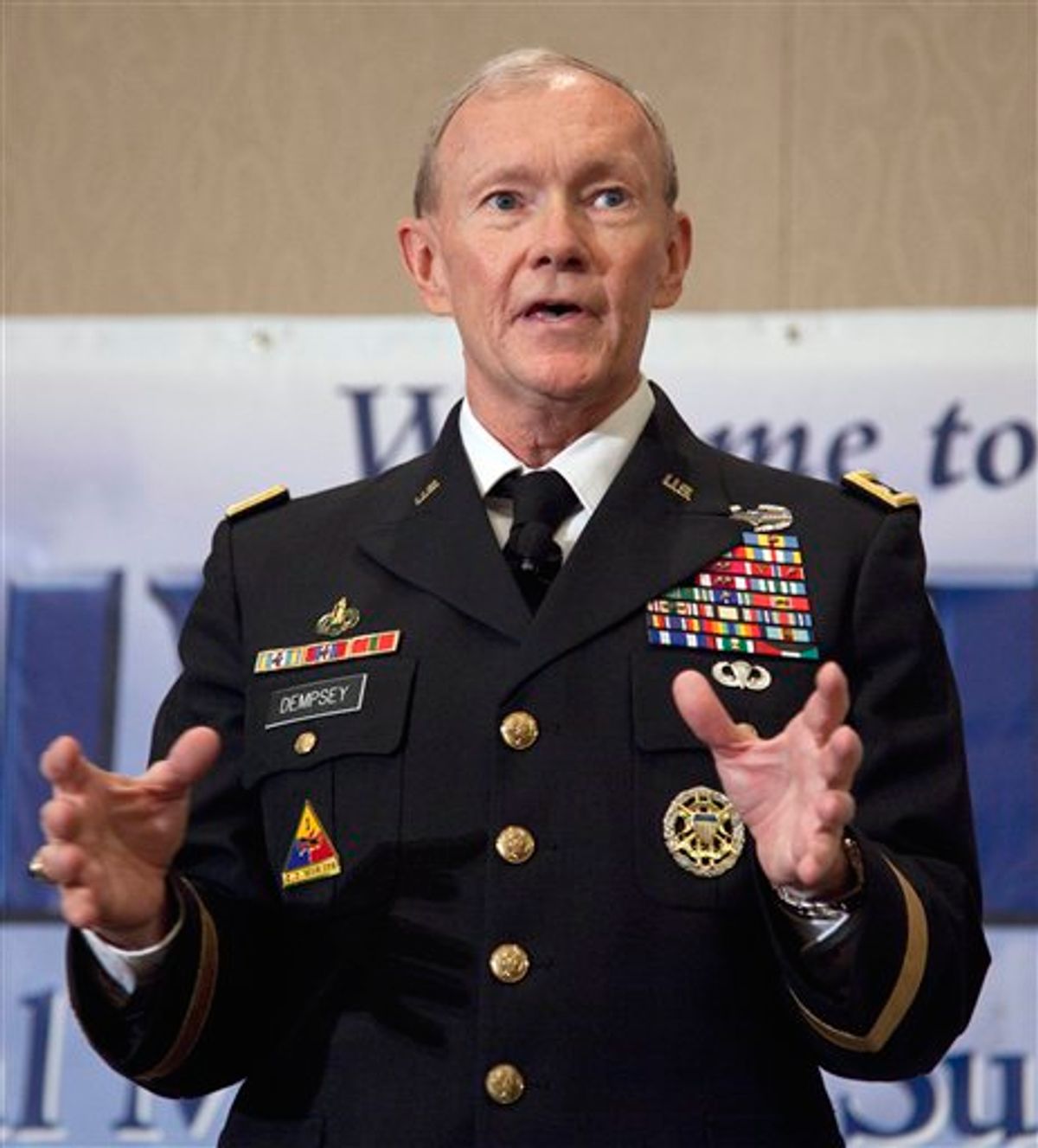 Obama's announcement Monday moves the president close to completion of the rebuilding of his national security team as he continues to lead American war efforts in Iraq and Afghanistan and prepares to seek a second term in 2012.

During an appearance under sunny skies in the Rose Garden of the White House, Obama hailed the 40-year veteran Dempsey, calling him "one of our nation's most respected and combat-tested generals." Obama also announced he's picked Navy Adm. James Winnefeld to be vice chairman of the Joint Chiefs. The president said he has chosen Army Gen. Ray Odierno, another Iraq war veteran, to replace Dempsey as Army chief of staff.