The mysterious case of "The Girl with Dragon Tattoo" trailer

A "bootlegged" ad for David Fincher's highly-anticipated adaptation hits the web. But where did it come from? 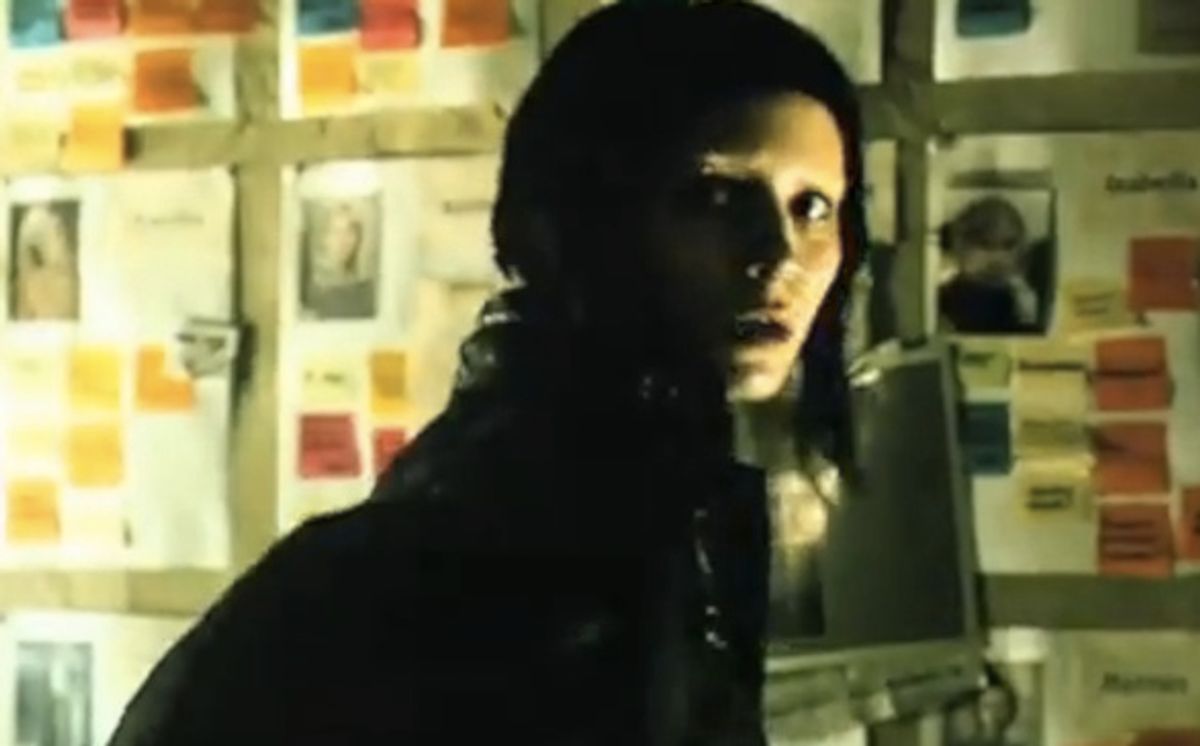 Has Lisbeth Sanders begun her virtual games already? Although "The Girl With the Dragon Tattoo," the first third of the hot Swedish crime mystery, isn't supposed to make its American debut till late December, an apparent bootlegged/pirated trailer hit the web this weekend, allegedly taken from a European theater preview. But is even this first glimpse what it seems? Many outlets are hypothesizing that the trick of the shaky, illegal copy is most likely a hoax put out by distributor Sony in order to create some viral buzz for the film.

There's no need for me to explain the teaser trailer, as you've either read the books and recognize your favorite Stieg Larsson scenes and characters, or you don't. If you're part of the latter group, all you need to know for the sake of this trailer mystery is that Lisbeth, she of the dragon tattoo, is a pro at computer hacking and deception. Here's the trailer of the David Fincher adaptation, in all its shaky-cam glory:

Since we're all super-sleuths here, the trailer was immediately suspected as viral marketing instead of a bootleg. Doug Gross of CNN breaks it down:

• The video quality is pretty solid for what purports to be a camcorder creation, and the sound quality is even better. The camera work appears self-consciously shaky at first but then steadies somewhat as the trailer goes on.

• It starts with a "red band" Motion Picture Association of America rating, despite supposedly being posted by someone from the Netherlands.

• And the seemingly unauthorized leak is something that the movie's title character, computer hacker Lisbeth Salander, might do.

In addition, Sony has not taken down the ostensibly illegal video, which has garnered over 1,000,000 views since it was uploaded to YouTube by first-time user dobvlvstiuwir on Saturday. The only part of the game that doesn't fit is the website that the trailer directs you to: www.dragontattoo.com just relocates you back to the Sony page.

So the "feel bad movie of Christmas" may have pulled a clever stunt, although during a time when even seeing a still from the new Batman film required an extraordinary amount of sleuthing – a website soundtrack that needed to be decoded to reveal a Twitter account that led to a collage that unlocked a tile every time a new user subscribed with a certain hashtag – one could argue that there's more than enough Lisbeth Salanders on the Internet already.

What do you think? Clever marketing gimmick or another viral ploy? Or hey, do you think this "Girl with the Dragon Tattoo" bootleg trailer is really what it claims to be after all?