The 100 best movie threats of all time

Start taking notes: These are the best lines to use the next time your boss pisses you off 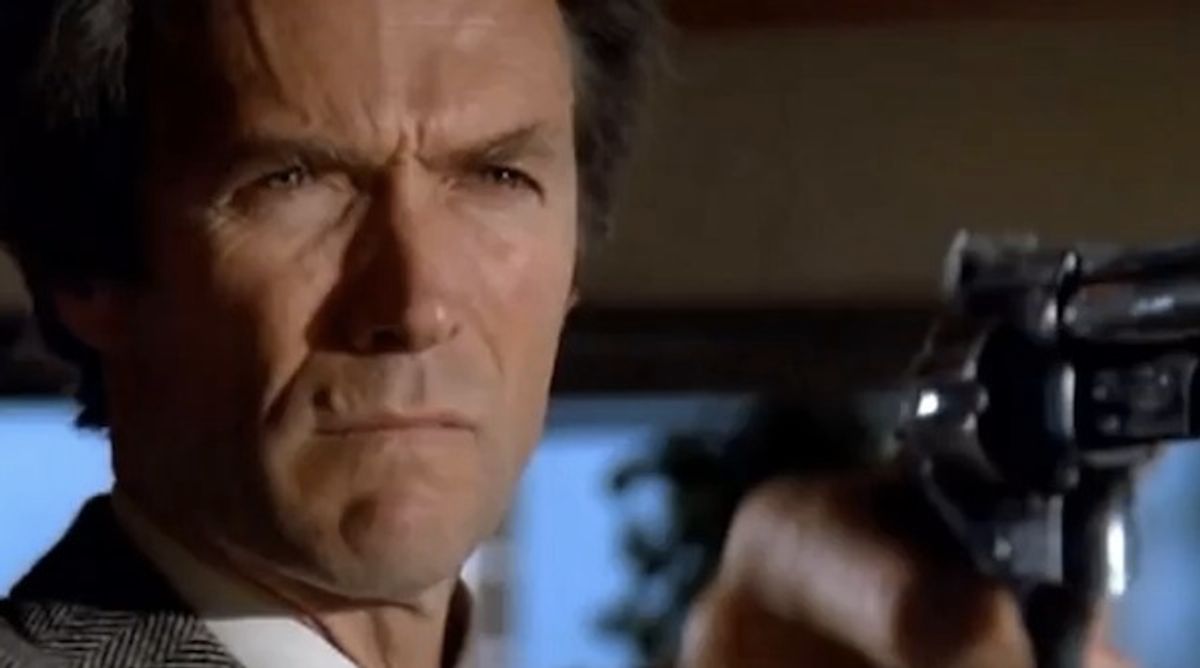 Clint Eastwood knows: brevity is the soul of threats.
--

"I'm going to punch you in the ovaries."

"Whatever you're reaching for better be a sandwich, because you're going to have to eat it."

Oh, Hollywood, you've given us so many ways to threaten those who dare get in between us and what we want: be it money, power or, in Harrison Ford's case, his family back.

It's kind of amazing no one has thought to make this mashup before, compiling every great threat some pasty screenwriter who'd never have the cojones to say to someone's face has put in a movie.

For a full list of the movies references in the film, go here. What's your favorite movie threat? Did it not make the list? Put it in the comments. (Unless it's anything from "Pulp Fiction" or "Full Metal Jacket." We know you love those films and have them memorized, no one is doubting you).