Another bride mulls a name change. What's the appeal of an identity? 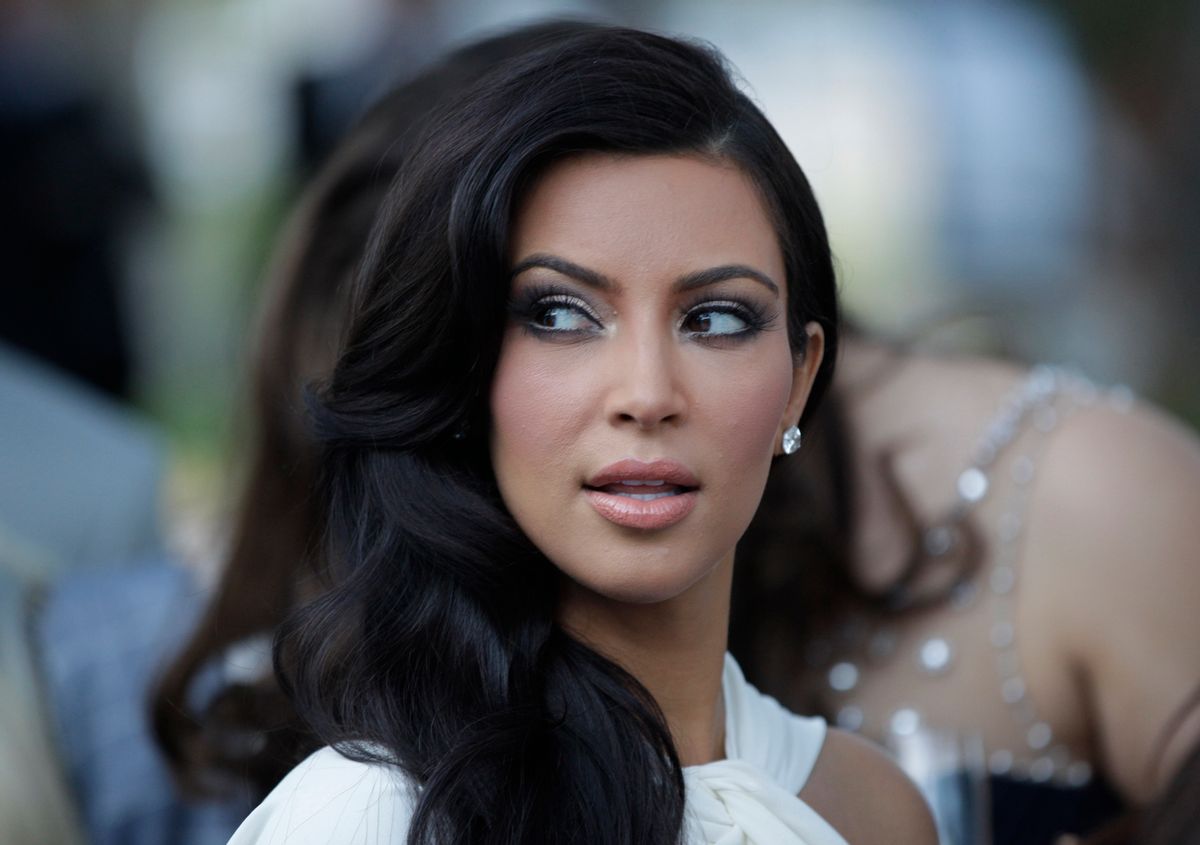 U.S. entertainment icon Kim Kardashian looks on as she addends a charity fashion show in Monaco, Friday, May 27, 2011. The Monaco Formula One Grand Prix will take place here on Sunday, May 29, 2010. (AP Photo/Luca Bruno) (Associated Press)
--

Are you ready for "Keeping Up With the Kardashians/Humphries"? This week, sources close to newly affianced Kim Kardashian  announced she will become Kim Humphries after she walks down the aisle with NBA star Kris Humphries.

What's in a last name? That a woman entering into the state of matrimony might choose to shed her maidenly appellation isn't unusual. Surprisingly, despite generations who have now grown up comfortable with the option of keeping, hyphenating, blending of the bride's name, in the past few years, more women than ever have been opting to take their husbands' names. Sure, Mariah Carey and Julia Roberts and Gwyneth Paltrow kept right on being Careys and Robertses and Paltrows after tying the knot. But the majority of brides, roughly 80 percent, join with the likes of Martha Stewart, Susan Sarandon, Nancy Pelosi and Michelle Obama -- women who made the marital switcheroo.  And a controversial 2009 study out of the University of Indiana found that not only did 70 percent of Americans believe women should take their husband's name after marriage, half of them feel they should be legally required to.

But the dilemma of what to do over one's last name is now one that no longer affects ladies cleaving to their new husbands. (Sorry, Rick Santorum.) Questions over tricky legal logistics, flat-out roadblocks, and a couple's personal preferences when two women or two men get married remain. What's your solution there, America?

Marriage is not about the thrill of ordering new stationery; who has stationery anymore  anyway? And our ideas about the institution, about men and women and family, are more complicated than ever. In this country, a girl no longer moves from simply being one man's daughter to another man's wife. But both the practical and romantic appeal of a new name remains.

Miss Kardashian's choice is hers to make. Her mother, Kris Jenner, allegedly told Popeater this week that "I don’t think she should take his name and be Kim Humphries ... She needs to be Kim Kardashian because she’s worked so hard to get where she is" -- an ironic statement from a woman who shares a name with her husband. But it does illustrate the choices that go into naming: the longing for a single family identity, the ways in which a name affects one's professional brand, the associations placed on both old and new identities. Sometimes, a woman just prefers the sound of one name over another. It doesn't have to be all or nothing either. The recently wed Miranda Lambert says she'll go on being Miranda Lambert to her fans, but privately, she's now Miranda Shelton. LeAnn Rimes is now LeAnn Rimes Cibrian on Twitter.

But whether or not you change your name, when you get married, you shed one version of yourself for another -- and it's usually the bride who does it in the more overt way. And on the long road of life, change keeps coming, sometimes in ways you didn't count on when you said "I do." Just ask the woman known variously as Roseanne Barr, Roseanne Arnold, just plain Roseanne, and Roseanne Barr again. Or ask Pamela Anderson, aka Pamela Lee, aka Pamela Anderson Lee, aka Pamela Anderson. Marriage isn't always forever. Kim Kardashian no doubt knows this well herself. If she didn't, she might have taken her ex-husband Damon Thomas' name a decade ago. And we might have spent the past few years keeping up with the Kardashians/Thomases.