The WH/Politico attack on Seymour Hersh 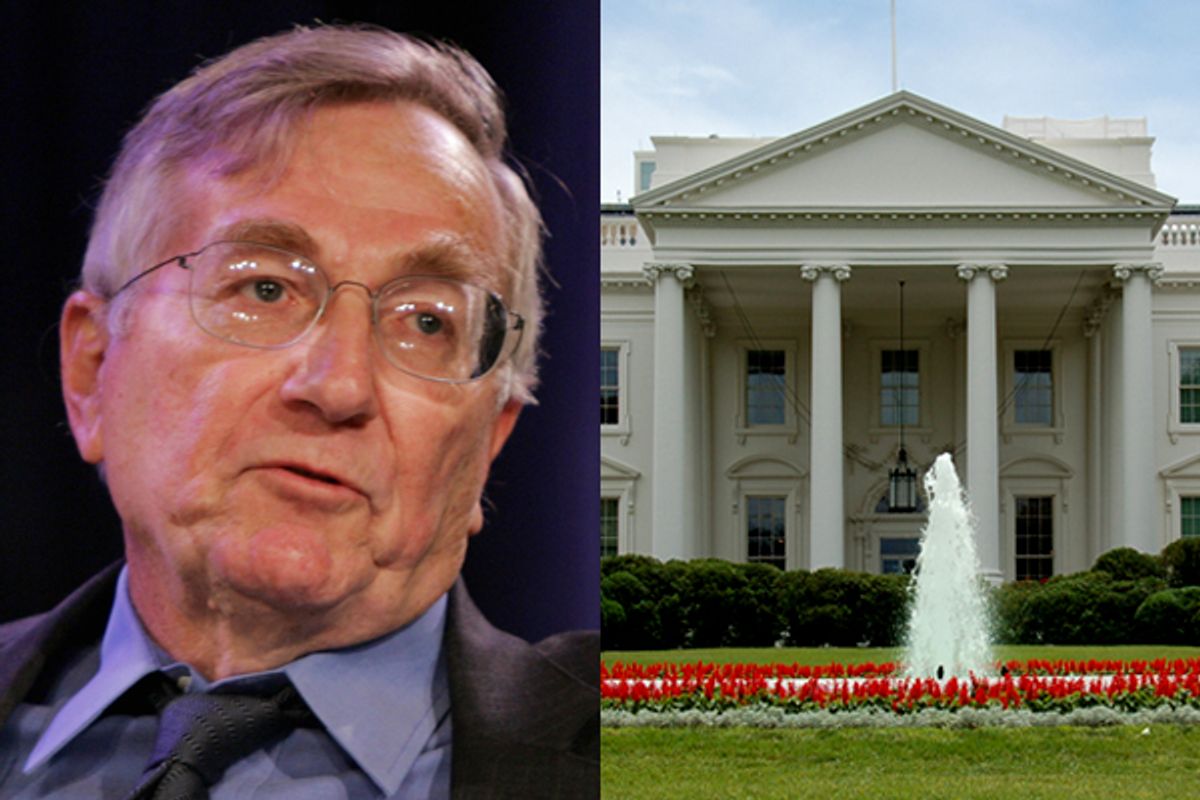 Seymour Hersh has a new article in The New Yorker arguing that there is no credible evidence that Iran is pursuing nuclear weapons; to the contrary, he writes, "the U.S. could be in danger of repeating a mistake similar to the one made with Saddam Hussein's Iraq eight years ago -- allowing anxieties about the policies of a tyrannical regime to distort our estimates of the state's military capacities and intentions."  This, of course, cannot stand, as it conflicts with one of the pillar-orthodoxies of Obama foreign policy in the Middle East (even though the prior two National Intelligence Estimates say what Hersh has said).  As a result, two cowardly, slimy Obama officials ran to Politico to bash Hersh while hiding behind the protective womb of anonymity automatically and subserviently extended by that "news outlet":

Hersh has faced criticism for his heavy reliance on anonymous sources, but New Yorker editor David Remnick has repeatedly said he stands by his reporter’s work.

That's the criticism that ends an article that relies exclusively on anonymous government sources, appearing in a D.C. gossip rag notorious for granting anonymity to any powerful figure who requests it for any or no reason.  The difference, of course, is that the Pulitzer Prize-winning, five-time-Polk-Award-recipient investigative journalist who uncovered the My Lai massacre and the Abu Ghraib scandal grants anonymity to those who are challenging the official claims of those in power (that's called "journalism"), while Politico uses it (as it did here) to serve those in power and shield them from all accountability as they spew their propaganda (which is called being a "lowly, rank Royal Court propagandist").