Are we OK with Miley Cyrus in her underwear now?

Is the former Disney star old enough, at 18, to strip down without it becoming a scandal? 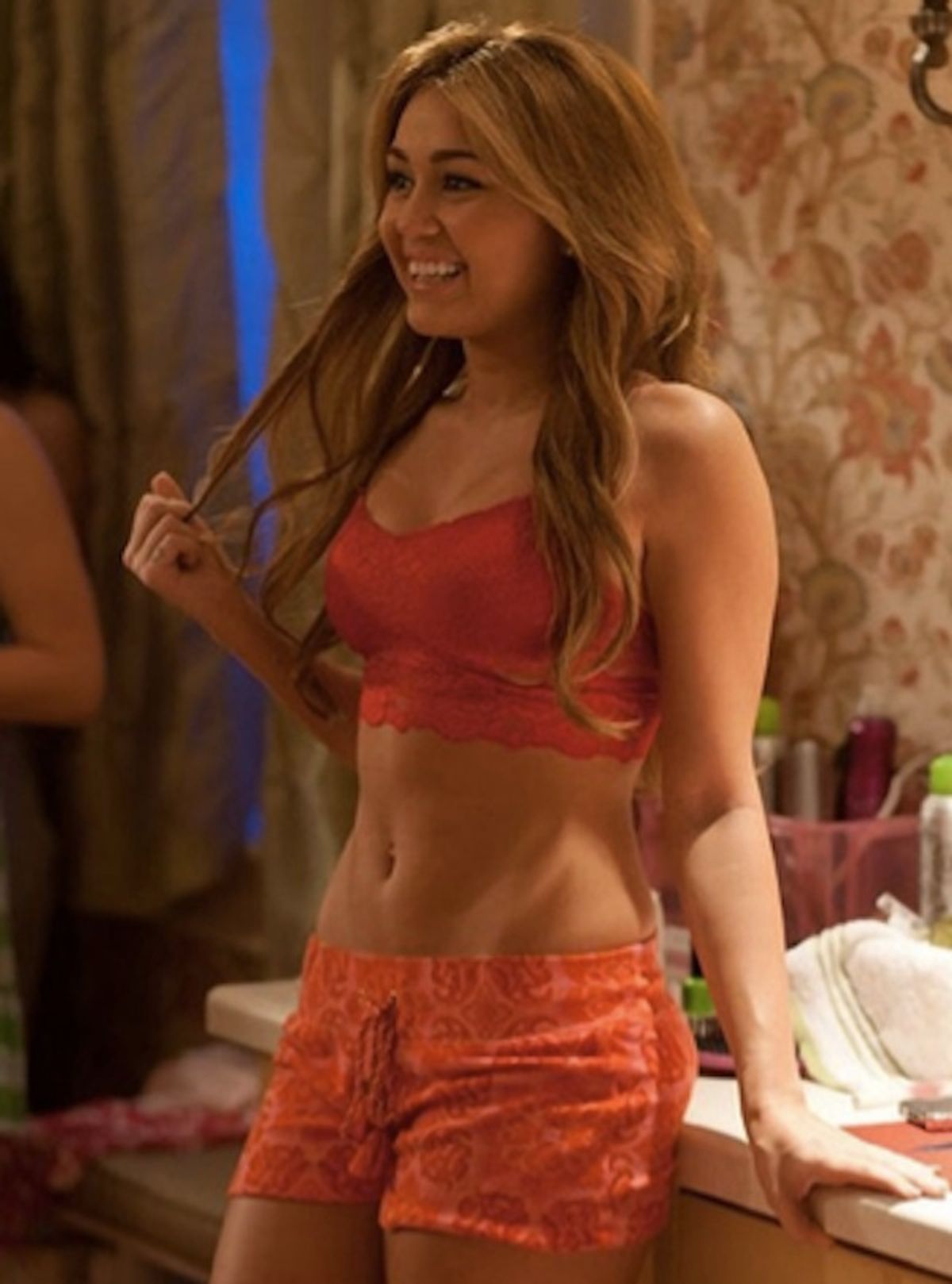 Miley Cyrus ... can I ever look at you without feeling like a lecherous old man? From the time you were 15 and appeared on the cover of Vanity Fair wearing only a sheet, it's been a battle not to see you partially clothed everywhere I go.

Sometimes you're just the victim of a bad situation, like when those hackers leaked racy photos you took in 2008 for Joe Jonas, and posted them all over the Internet. Or when this happened again in 2010 and the FBI was called in.

Other times, you're shoving your post-Hannah Montana B-cups in my face so hard that I can almost hear you screaming, "I'm an adult now! Take me and my breasts seriously!" For example: your music videos for "Can't Be Tamed."  Or "Who Owns My Heart."  Or when you pretended to kiss one of your female dancers on "Britain's Got Talent." And that's not even mentioning those party shots of you involving lap dances, salvia and more half-naked, girl-on-girl kissing. Which has less to do with your sexuality, Miley, and more with the fact that you were 17 and acting like Paris Hilton on a bender.

So please forgive me for feeling weird about these new, semi-innocuous stills for your latest film "So Undercover." If it weren't for your dramatic history with underwear, these photos wouldn't seem so bad. But with you Miley, the pictures carry three years of associated guilt and anxiety that the government is going to come arrest me for having child pornography on my computer.

You're 18 now, which is the age when the sexy vs. too sexy debate usually begins to get interesting for Op-Ed writers and TV pundits. But you've been scandalized and scandalizing for awhile now; you've made your stance clear about rebelling from your Disney image, and at this point it's barely news when you walk out of your house in only lingerie. If anything, these photos for "So Undercover" are way more conservative than the bra and short-shorts you've been wearing to the supermarket for the past 24 months. (The Supermarket is a hot new club in London, FYI.)

But it still feels weird. Legal, but weird.

Then again, maybe I should just be glad you're so fond of underwear that you literally spend $3K at a time shopping for panties and bras. It will really cut down on the number of paparazzi upskirt photos we'll have to see in the future.