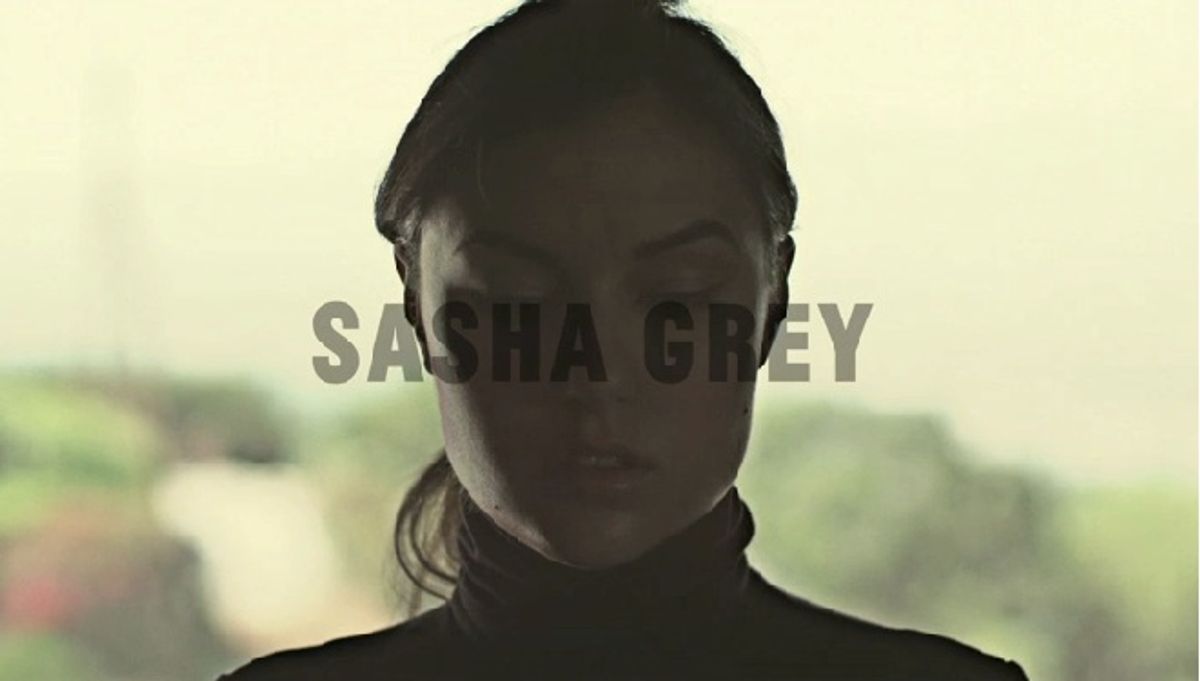 Last week, Lindsay Lohan returned to celluloid as the star of a short film currently playing at the Gagosian Gallery. I'm using the term "film" here loosely, because it's not really a movie in the conventional sense. Nor is it really "art," unless you consider two-minute Lexus commercials "art." No judgments! Some people, like director Richard Phillips, think there is a very important statement to be made about the complex relationship between art and commerce, and that statement involves getting a "star" who's about to go on house arrest to lounge around in a bikini near a pool (ocean?).

In all fairness, these videos are part of an installation called "Commercial Break," which I really hope also includes a couple of well-produced Nike ads. Here is Phillips' latest offering, starring Sasha "Post-Porn" Grey. Don't worry; it's safe for work.

At least this one is a little more artsy than Lindsay's. I like it when she rides up the elevator into the trees. And when her shirt gets all After Effects-y. Phillips told W magazine his thesis for this project:

"We wanted to look at the dramatic potential of her and her acting as an autonomous experience. One that in a way surveys her circumstances but then projects much more. Has a more psychological portent in looking at the psychological consequences, or at least psychologically of what has come before."

So the physical manifestations of Sasha Grey's "psychological consequences" involve an eco-friendly version of the Space Needle? Damn, this is art. In the sense that I have no idea what the hell is going on.