The new unemployment numbers are chilling. When will Washington get the message? 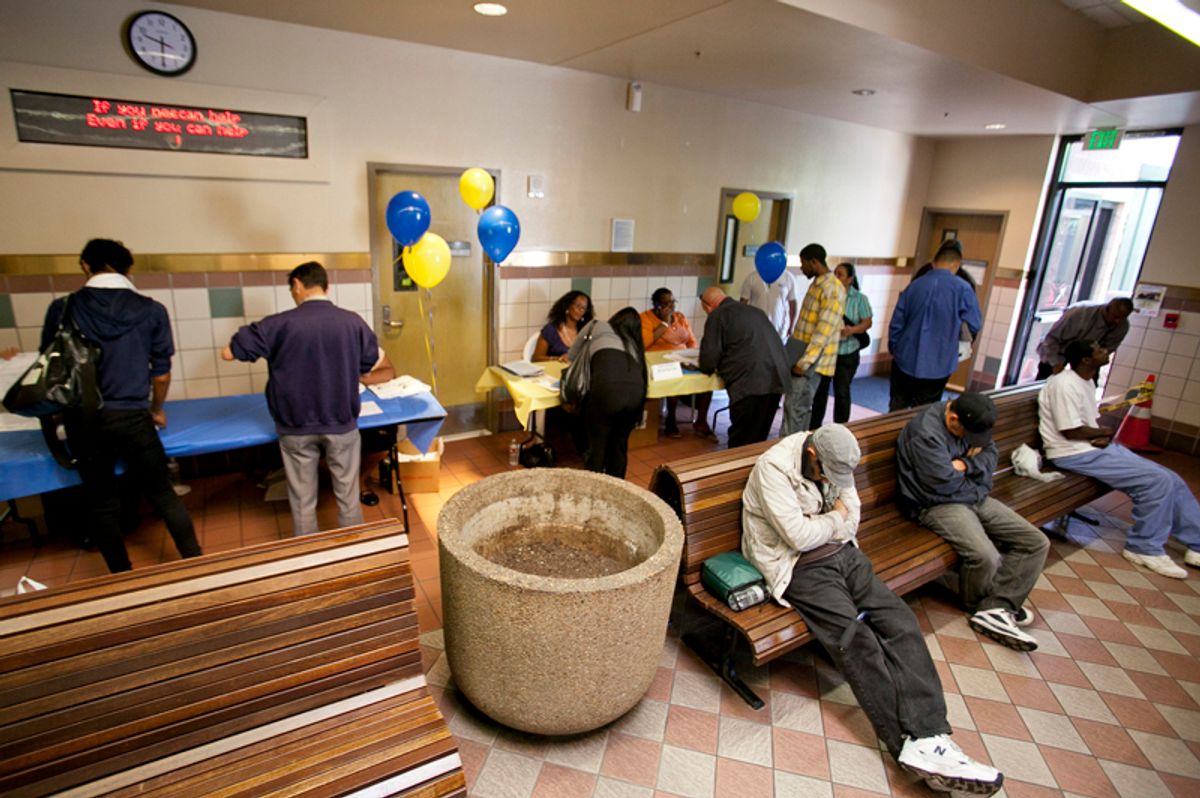 This was originally published at Robert Reich's blog

The May jobs report is a disaster -- the weakest reading since September. Non-farm payrolls grew only 54,000 last month, according to the Labor Department's Bureau of Labor Statistics. Private employment rose only 83,000 -- the smallest growth since last June. Government payrolls dropped 29,000.

Together with plummeting housing prices, falling wages for non-supervisory workers, a paltry 1.8 percent growth in the first quarter, and a precipitous drop in consumer confidence, the picture should be clear to anyone able to see clearly.

The recovery has stalled.

We're not in a double dip yet, but the odds are increasing.

The question is whether all this will wake up Washington, and stop the monumental distraction of the games being played over the debt ceiling and long-term budget deficit. The Republican lie that the nation's long-term budget deficit is responsible for high unemployment would be laughable if it weren't so tragically irrelevant to the current situation.

The President cannot be reelected if the economy tanks. He may not even be reelected on an anemic recovery in which unemployment remains nearly this high. But all incumbents are endangered. Republican House members from swing districts are toast if they don't show voters they're actively working on the twin problems of jobs and wages.

Several steps need to be taken right away. Exempt the first $20,000 of income from payroll taxes for two years. Lend money to cash-starved state and local governments. Initiate a new WPA for the long-term unemployed. Amend bankruptcy laws to allow homeowners to include their prime residencies in personal bankruptcy (giving them more bargaining leverage with their lenders to renegotiate mortgage loans).

Above all: Washington needs to show Americans it's taking seriously the ferocious problem of jobs and wages, and the trend back toward a double dip.