Even more evidence "Candy Land" movie will be like "LOTR" 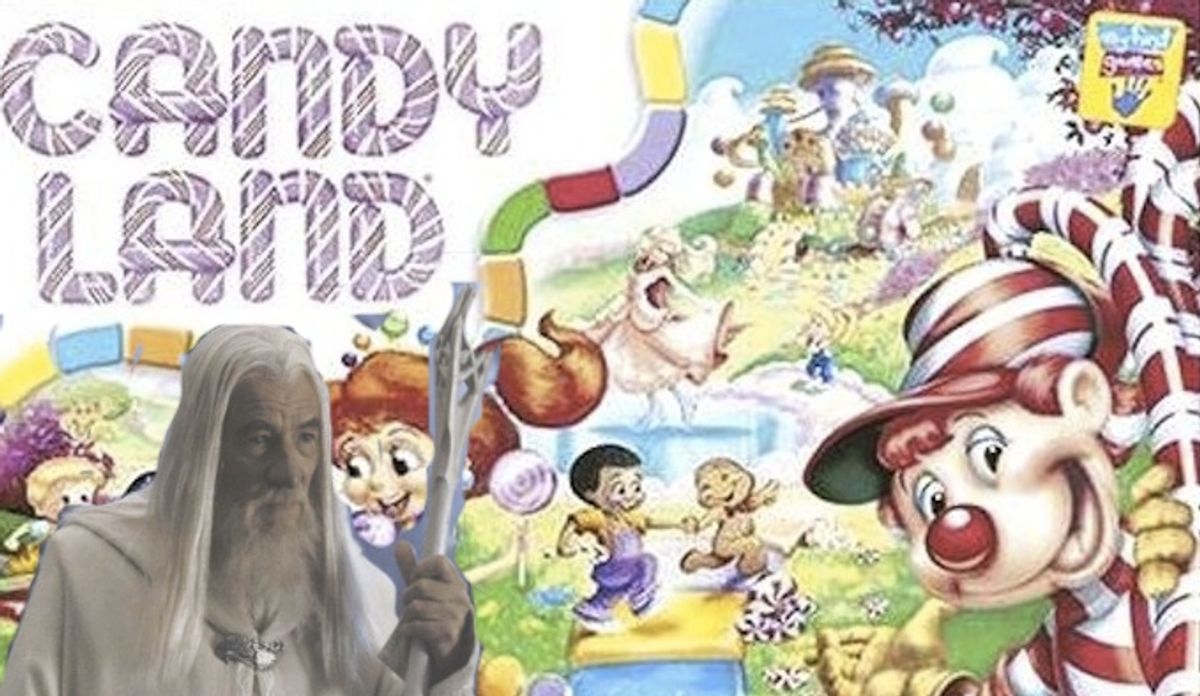 Last week, the sweet world of nostalgic board games got a little bit more bloody. Glenn Berger, one of the writers for the upcoming "Candy Land"  film, told Entertainment Weekly to "envision it as Lord of the Rings, but set in a world of candy."

While my first reaction was to send that idea to Yikers Island for a life sentence, Berger's bold vision grew on me. Think of how many jokes there are to be made here! Lord Licorice bellowing from the Cupcake Commons, "NONE SHALL PASS ... UNTIL THEY PICK A PURPLE CARD FROM THE TOP OF THE PILE!" And that's just from the top of my head! I could think of so many more jokes by the time the film actually came out.

That’s precisely, I think, why we got the job on CANDY LAND. But that’s also why we were excited about getting the job on CANDY LAND. It’s something that, on the face of it, seems like a huge challenge: it’s a board game for kids, and there’s no strategy involved. But what it does have is the opportunity to set an action movie in a world made of candy. So when we meet with the director, Kevin Lima, and he says, "I want this to be LORD OF THE RINGS but with candy," you could either laugh at that, or say, “If you could pull that off, that would be really cool. We’d love to be a part of that because we love LORD OF THE RINGS and we love candy."

That should just be the film's tag line: "Love 'Lord of the Rings'? Love candy? You'll love this movie!"

Hey, if you can think of a better tag line ... or even a better "'Candy Land' meets 'Lord of the Rings'" joke, let me hear them in the comments.