"Submarine": A geek-love indie from the Welsh seacoast 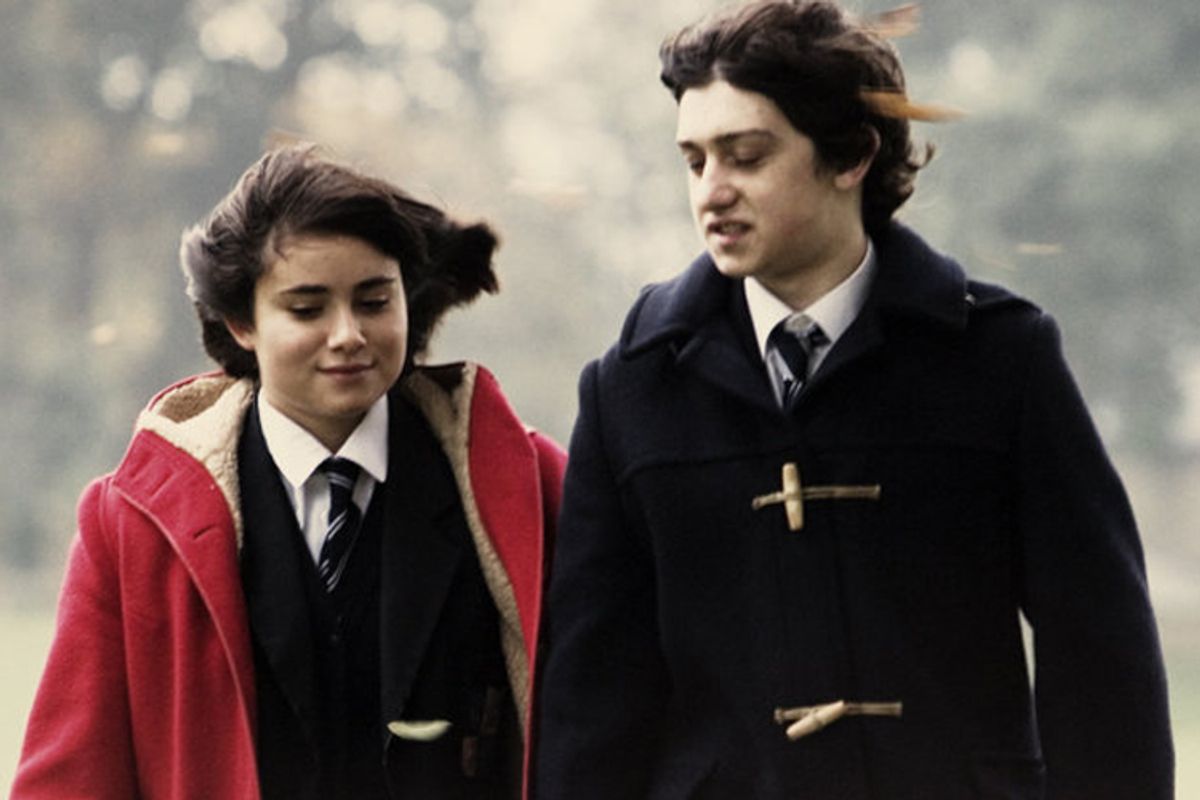 "Submarine" comes out of a small town in Wales by way of, say, the suburban Houston of Wes Anderson's "Rushmore," and based on that description you already know whether you're likely to enjoy it. I pretty much did, perhaps more because of the film's cast and mood and atmosphere and obvious potential than because of what first-time writer-director Richard Ayoade ends up with, which is a barely Britishized translation of a distinctively American indie-quirk genre: a misfit love affair backed by an awkward family history and delusional supporting characters. You can even add the twee indie-pop stylings, in this case solo songs from Alex Turner of the Arctic Monkeys (and "Submarine" would be ever so much better off without them).

A 33-year-old actor and comic best known for his long-running role as Maurice in the Britcom "The IT Crowd," Ayoade has an evident gift for the kind of slightly offbeat comedy that's about the differences between a character's self-perception and the way the world sees him. He's a good fit with bug-eyed star Craig Roberts, who plays 15-year-old Oliver Tate, an intelligent but profoundly unhappy Swansea schoolboy with almost no grasp of his outcast status. Oliver does understand that his perennially ill-at-ease mother, played by the wonderful Sally Hawkins in a dreadful bob haircut and a succession of shapeless, ankle-length frocks, is worried about him. That's because, as he says in voiceover narration, "I found a book about teenage paranoid delusions during a routine search of my parents' bedroom."

Oliver becomes the reclamation project of a tyrannical, pyromaniacal and somewhat rectangular young person named Jordana Bevan (Yasmin Paige), one of those girls in movies who seems oddly appealing because she's so unsentimental. Jordana is also living proof that guys barely notice what a girl looks like, per se; she has eczema, isn't especially pretty and is built like a small construction vehicle, but her self-presentation as an unquenchable siren totally works on the depraved young lads of Swansea. Ayoade nicely captures the way that teenage lovers can be so overawed by each other's existence that they barely talk and scarcely know each other; Oliver's mother may be drifting away from his weedy, marine biologist father (Noah Taylor), and Jordana's mother may be dying of cancer, but they apparently don't tell each other those things during weeks of smooching on the rainy waterfront, low-grade vandalism and possible clandestine sex. (We don't see it, and can't quite be sure.)

"Submarine" is at its best when it feels specific to its setting; Erik Wilson's often lovely cinematography captures the distinctive, watery light and raw weather of the Welsh seacoast in winter, and Hawkins, as always, captures a character who is completely specific in terms of class, place and period. (Actually, the period of "Submarine" is deliberately vague, and could be anywhere from the late '70s to the early '90s.) Certainly the cast gives amusing and/or affecting performances -- I haven't mentioned Paddy Considine, as the mullet-haired New Age healer who moves in next door and pitches woo at Oliver's mum -- but Ayoade doesn't have any idea how to make all these comic episodes adhere into a story that seems even the slightest bit original, and the whole thing peters out into conventional bittersweet quirk.

This movie's been a big hit across the ocean, possibly because British audiences needed to be reassured that their nation, too, could produce semi-lovable, profoundly misguided misfits who've spent too much time reading "Catcher in the Rye." (One can argue that the whole Anderson-Baumbach tradition in American indie comedy is influenced by British comedy in the first place, but I'm not prepared to work that out right now.) I'm not sure "Submarine" will play as more than an art-house curiosity in America, given that it doesn't easily fit a niche. It's not quite a conventional British comedy and isn't exactly realistic and emulates a Wes Anderson or Noah Baumbach indie without quite becoming one. It doesn't all work and indeed doesn't quite seem finished, but it's an intriguing early-summer change of pace from a young director with loads of promise.

"Submarine" is now playing in many major cities, with wider release likely to follow.