MTV's faux-Guidos have been beset by violence, accidents since arriving in Florence. Country has spoken: "Get out!" 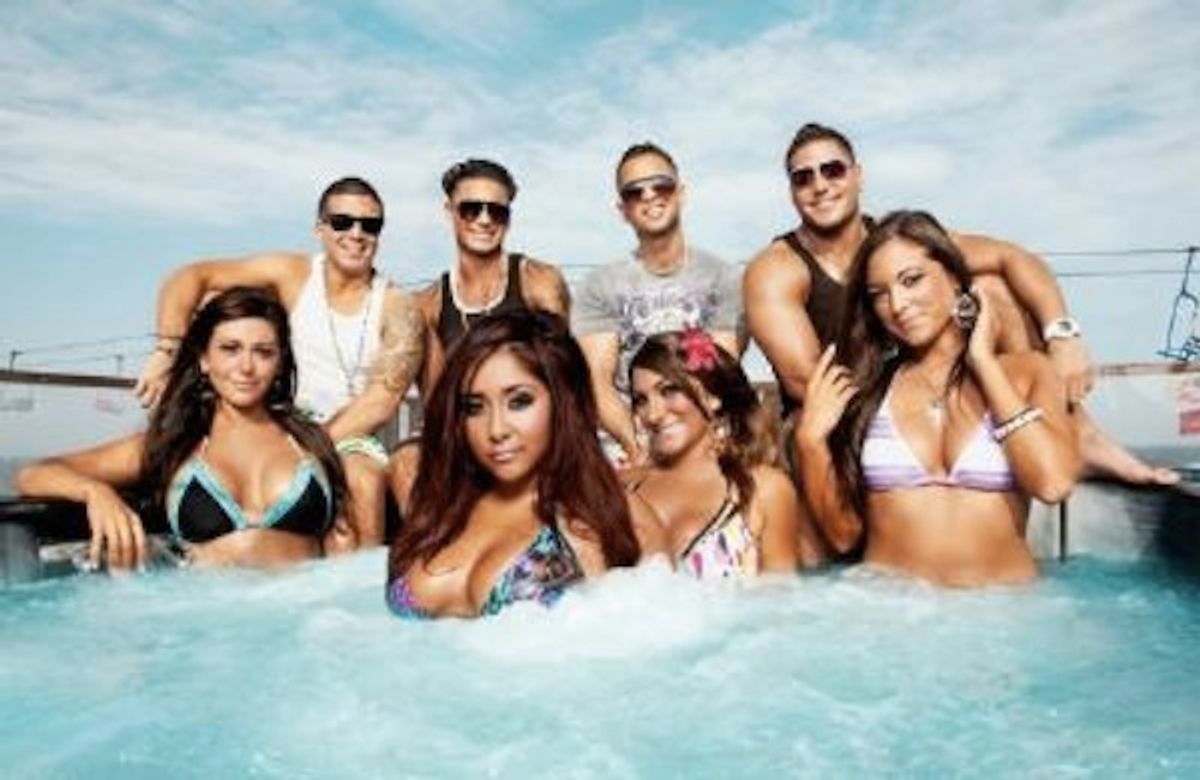 It turns out the city of Florence is kind of like the role of death in those "Final Destination" movies: If you blatantly disregard its will, it will start picking off you and your friends one by one. At least, that's what seems to be happening to the cast of "Jersey Shore" right now.

Despite orders from the mayor that the MTV crew could not film these walking ethnic stereotypes drinking, partying or visiting famous sights while in the Italian city, it only took the cast members one weekend before they started getting wasted and hooking up with the locals. And exactly one week after the debauchery, the problems started, with the Situation getting his face beat in by a 'roided-up Ronnie. Technically, those bloody knuckles he got while destroying his costar count as a blow for Ronnie, since the Situation is made of very dense, wet cement and is therefore hard to injure.

One week after that, Snooki and Deena got into an accident when they rear-ended a police car.  That's right: a police car. Snooki had her license taken away, but got a cool neck brace as a souvenir.

As if having four out of eight cast members involved in violence wasn't enough to convince producers that they had brought the wrath of God down upon themselves, another clue may have been this weekend, when Jenni "JWOWW" Farley showed up at the emergency room and came out with a wrist brace. No word yet on what happened, but I suspect it was carpal tunnel from making the international sign for "Up yours!" too many times.

Only Vinny, Pauly D. and Sammi have managed to escape disaster, although apparently having a minority of your cast uninjured is enough to convince MTV that green-lighting another season is a great idea. They'll be shuttled back to the relative safety of their home state for the fifth season, but maybe we can convince the network to let the "Jersey Shore" crew take a road trip into the open mouth of a volcano next time, or possibly somewhere in Canada, where they will get lost and never be heard from again.