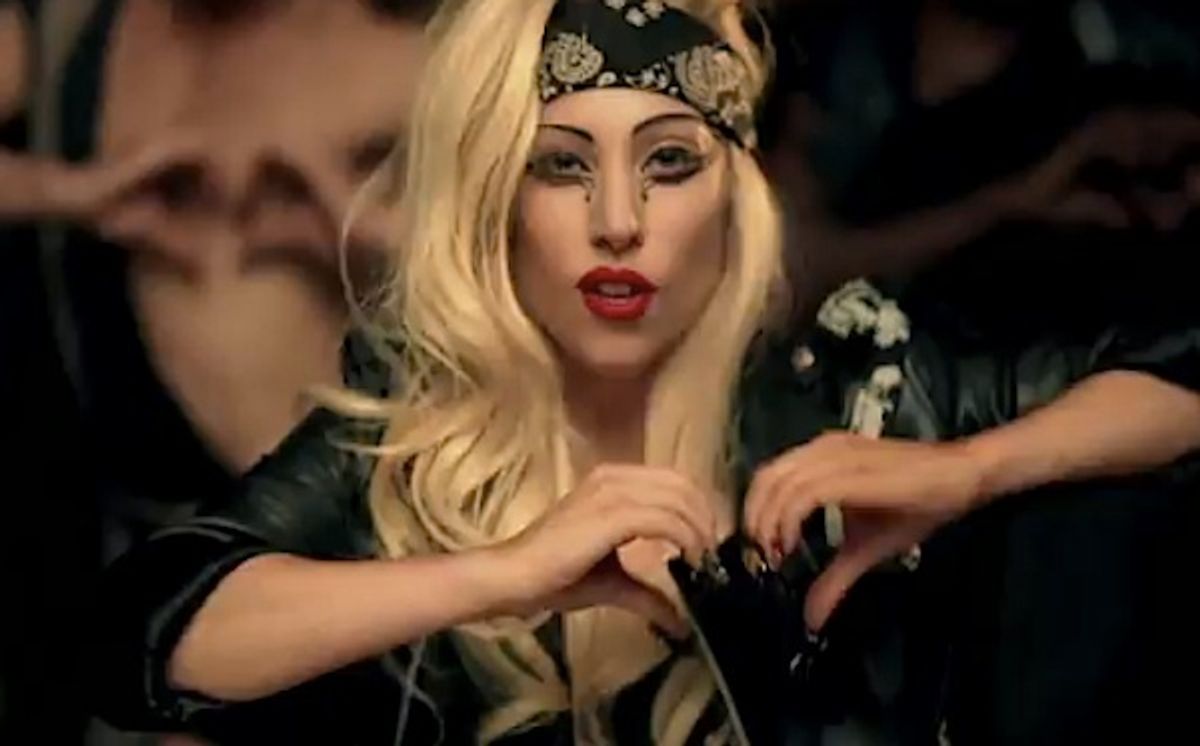 Gaga is "anti-Christian," but only when traveling abroad.
--

Lady Gaga might have been "born this way," but her music isn't going to be accepted in at least one Middle Eastern country. According to The Christian Post, Gaga's second studio album has been banned in Lebanon for being "offensive to Christianity."

While her song "Judas" was definitely trying to rattle some cages with its "Like a Virgin"-style iconography, America largely ignored the attempt at blasphemy. But according to reports, thousands of copies of "Born This Way" were stopped by Lebanese officials and impounded on the grounds of "bad taste." "Judas" has already been banned from Lebanese radio.

Curiously, this would put the Lebanese government under the umbrella of "not having a clue" about what constitutes anti-Catholicism, according to Catholic League President Bill Donahue. The chapter refused to condemn Gaga's "Judas" –most likely in an attempt to not bring any more publicity to the song than it had to – by saying it was a "mess" but, "if anyone thinks the Catholic League is going to go ballistic over Lady Gaga’s latest contribution, they haven’t a clue about what really constitutes anti-Catholicism."

Seeing as how 39 percent of Lebanon identifies itself as Catholic and only 23 percent of Americans do, the American Catholic League might not get the final say on this one. We're still waiting to hear back from the Vatican on its official response to Gaga.