Will Alec Baldwin finally run for mayor of New York?

After decades of expressing interest in the Democratic ticket, has the star found a way in through Weinergate? 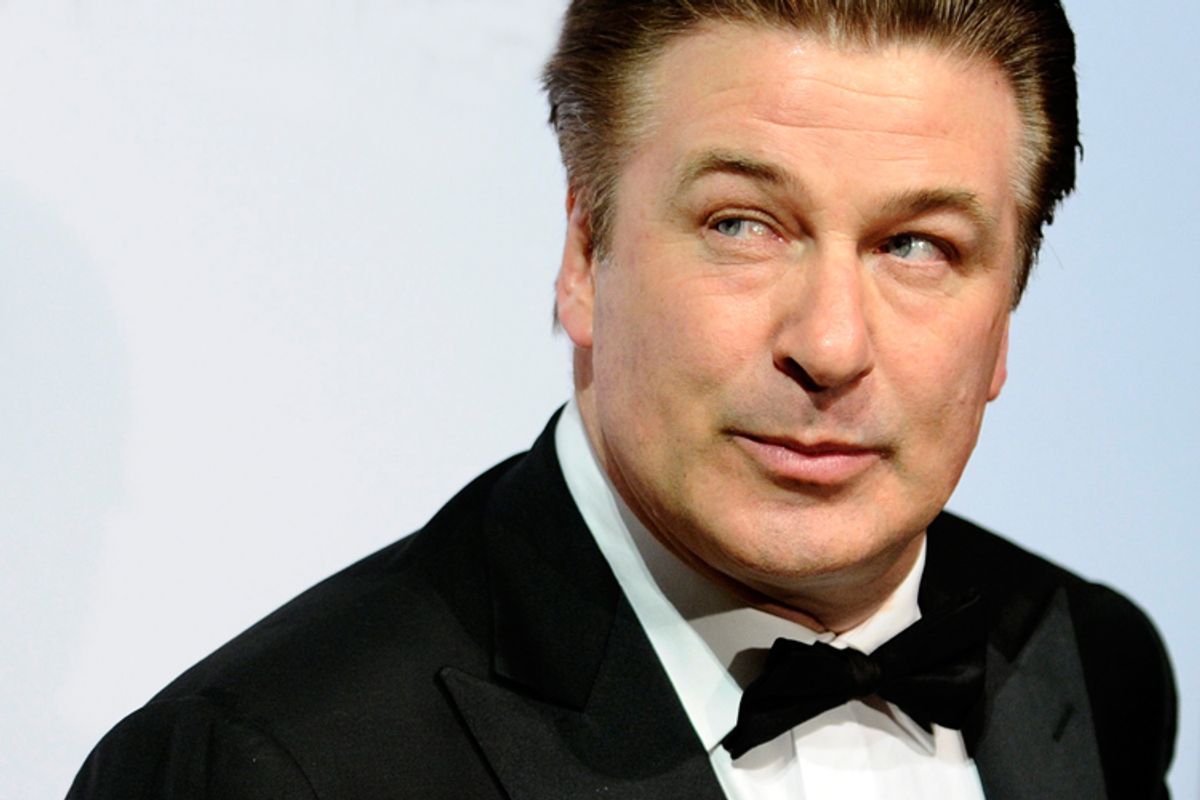 Alec Baldwin may or may not be running for mayor.
--

New York Mayor Alec Baldwin. Well, that certainly has an interesting ring to it. And according to some whisperings around town, there is a strong possibility that Baldwin has expressed some interest in running on the Democratic ticket.

But is he actually considering running? So far, all we have in the way of evidence is a report from a friend that Alec thinks Weinergate may give him a chance to slip in among the candidates. The actual quote given from the source/friend of Alec's?

"Alec said, 'Hey, maybe this changes the race. The dynamics have shifted."

Which doesn't mean Baldwin is going to run for anything. He's just like, commenting on the political atmosphere, man. Who isn't right now? It's just pure speculation, until he actually comes out and says something to the press. And even then, it might not mean anything, since he mentions something about running for office every six months or so.

1. His threats to enter a race have been getting more insistent recently. Alec has mentioned several times his desire to one day enter politics, and he told Eliot Spitzer in January that he was "very interested" in running for office, but that in New York, "there are a lot of planes on the runway ... a lot of ambition, a lot of entitlement."

2. "30 Rock" will end in 2012, giving him enough just enough time to prepare a campaign for 2013.  (There's a joke in here about NBC, Trump and "Celebrity Apprentice," but I trust you guys enough to come up with it on your own.)

3. The Democrats could use a strong celebrity to rally around after this Anthony Weiner thing, and Baldwin has the star power that the Republicans are missing with likely candidates Bill Thompson and Christine Quinn.

On the other hand: Alec doesn't need anyone to dig up a scandal to ruin his political career; enough of it is already archived dutifully in the tabloids. His messy divorce from Kim Basinger in 2002 and the consequent custody battles, the TMZ tapes where he called his daughter a rude little pig, and his hospitalization after he allegedly threatened to kill himself in front of her (which was just last year!), or even his comment on Conan back in 1998, "If we were in other countries, we would all right now, all of us together, all of us together would go down to Washington and we would stone Henry Hyde to death!" He's not what you might call non-controversial.

He's also been making vague remarks about running for office for years now, most notoriously in 2006 when he told the New York Times he wanted to run for governor of New York, and as for credentials, "I’m Tocqueville compared to Arnold Schwarzenegger."

So this could be another case of the Baldwin who cried wolf. Or he might see this moment as the perfect storm of confluences to have finally taken some of those planes off the runway, and he's starting to put out feelers. Whatever the case may be, it will be interesting to see the reactions from the Democrats, whether they even want Baldwin and his tabloid past running on the ticket, or someone with a little less bravado.