"Game of Thrones" actress shows up on Reddit, fans geek out 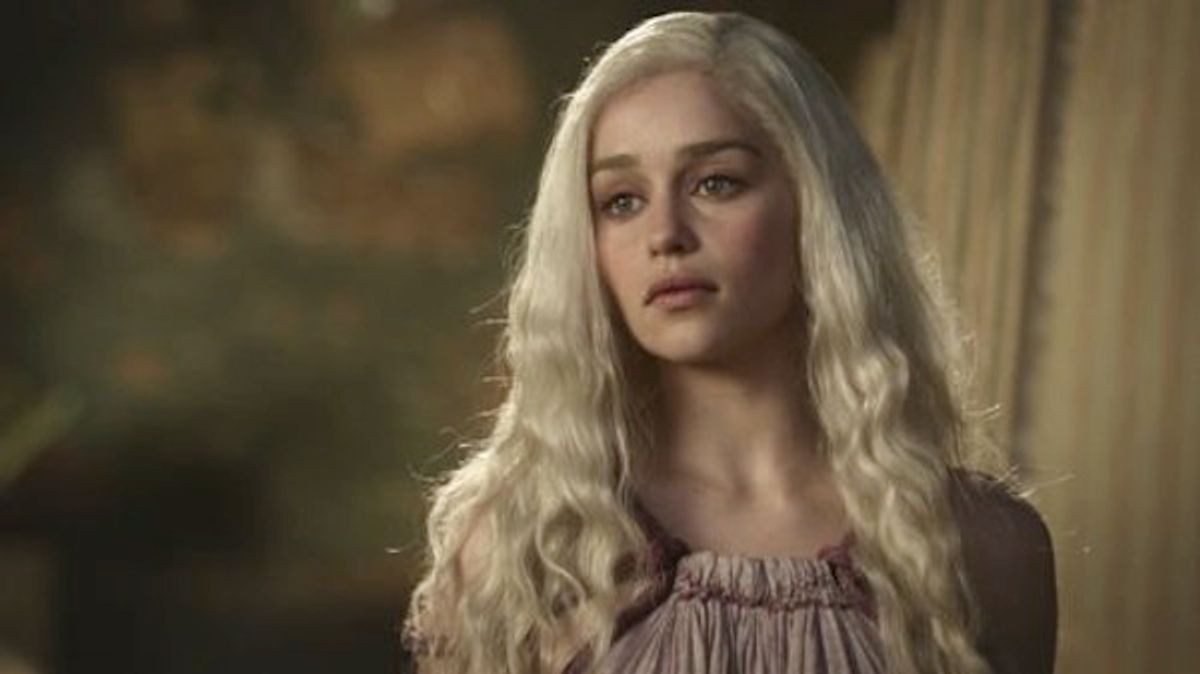 Emilia Clarke is a fanboy's dream. Not only is she sexy, good with swords, and pale as hell, but she's also currently starring in HBO's hardcore medieval fantasy series, "Game of Thrones," based on the very popular George R.R. Martin series. In it, Emilia plays Daenerys Targaryen, the princess of the exiled Targaryen dynasty, who has spent most of her adult life wandering the Free Cities. Oh, and she's impervious to fire. Basically, that's all you need to know about her for our purposes. (Plus, she's very attractive.)

Remember what I said earlier about some celebrities just not being very good at tapping into the Web? Emilia is the opposite of that: bypassing Twitter and Facebook and going straight to the heart of her fan base ... the online community Reddit. She signed up for an account and her info verified, leading to an hour-long (so far) Q&A session about herself, the show, and Daenerys.

Of course, this being a community of super-geeks with an eye for detail, it doesn't take four questions until they start asking if her character's immunity to fire would make her invulnerable to getting her butt tanned. "Well both fire and the sun emit in the blackbody spectrum so it would be reasonable to assume that if one were not able to be harmed by anything related to heat they would be immune to all electromagnetic radiation."

Just so you know what we're dealing with here.

It seems like Emilia knew what she was getting herself into with this whole setup, because she answers the questions with as much information as she can. This may be one of the smartest moves on Emilia's part: direct interaction with her legions of fans, which can only serve to build up their enthusiasm for the show, Daenerys and, most important, herself.

Update: As commenters have pointed out, the user that was approved by the Reddit mods as Emilia was a fake. Says the mod:

It was unfortunate, and it seems I got a bit too excited about the verification. The person who submitted this AMA provided an EU license, but it's now obvious that it was photoshopped, and later confirmed by her publicist.

The point is still valid however, that when faced with the female star of a fantasy series, the conversation quickly devolves into logistical analyses of tanning one's behind.